I am a trauma surgeon who cared for many of the critically wounded victims of the Tree of Life synagogue shooting. As we raced to find the source of blood loss in one of the most severely injured patients, one of my trauma surgeon partners, a U.S. Army veteran of multiple tours, joined me in the operating room to assist.

His first comment upon seeing the injuries that we were managing struck me. He said he last saw such destruction from military weaponry when he was serving in Afghanistan.

Two doors down, a second badly injured patient arrived to the operating room with extensive injuries to multiple extremities from a burst of gunfire.

Although the patient’s blood pressure was perilously low, the bleeding had been stopped prior to surgery by tourniquets applied to the limbs. Additional victims arrived, again with potentially life- and limb-threatening injuries rendered by an assault rifle, but all had received lifesaving care even prior to arrival at the hospital.

Some of this is due to an approach called tactical emergency care, where specially trained teams of physicians and emergency medical service practitioners respond and provide care along with law enforcement. A brave team of providers entered Tree of Life under active fire, along with the SWAT team. The early identification of injured victims allowed for rapid transport from the scene to our trauma center, providing the opportunity to save lives that would have otherwise been lost.

While all of the patients who arrived at our trauma centers in Pittsburgh are alive today, the sense of accomplishment and pride associated with this is blunted and seemingly selfish in the face of the carnage that occurred. No one will say “it could have been worse,” because the magnitude of this massacre that impacted the world and my hometown of Pittsburgh is incomprehensible.

Nonetheless, many of the surviving victims who will live to amplify and strengthen the message of unity that emerged in the days that followed are alive because of the evolution of a system of pre-hospital care that has necessarily changed the way the lay public, law enforcement and emergency medical care respond to intentional mass injury events.

In the wake of the shooting at Sandy Hook Elementary School, the “Stop the Bleed” program emerged as a way to empower the public to act as immediate responders. Dr. Lenworth Jacobs, a trauma surgeon at the Hartford Hospital, recognized that the skills and tools to stop bleeding could not help when confined to a hospital setting during a mass casualty or intentional mass injury event.

That’s because a person can bleed to death in as little as five minutes, and thus time is critical in bleeding control.

Jacobs led the effort to create Stop the Bleed, a program to enhance survivability after such events. It is an initiative of the American College of Surgeons and the Hartford Consensus, and it seeks to promote the message that anyone can save a life.

Supported by the White House, Stop the Bleed originated in October 2015 with the goal of making education on bleeding control as common as CPR training.

Stop the Bleed teaches basic bleeding control techniques and provides tools, such as wound packing and tourniquets, to the general public should they need to respond to life-threatening bleeding.

Pittsburgh had prepared for such an event

Having faced intentional mass injury events in the Pittsburgh region, both in schools and our own hospital system, our team of trauma surgeons immediately began to push this public health initiative.

Through generous philanthropic support by the University of Pittsburgh Medical Center and a partnership with the Copeland Regional Trauma Council, we embarked upon the ambitious task of teaching Stop the Bleed throughout the region, with a goal of providing a tourniquet to every law enforcement officer and a bleeding control kit in every public school building.

We recognized that teachers and law enforcement are frequently the immediate responders to horrific events such as shootings, and we sought to empower those people with the tools and techniques to save a life. The program has grown rapidly in our region, with over 37,000 people trained, over 500 bleeding control kits distributed, and over 9,000 tourniquets provided to law enforcement officers, including the Pittsburgh Bureau of Police and the Pennsylvania State Police.

My trauma colleagues and I estimate that tourniquets applied by police officers and emergency medical services at the scene of the massacre at Tree of Life saved the lives of at least three victims.

Early in our regional initiative, the Jewish Healthcare Foundation recognized the critical importance of Stop the Bleed.

In a forward thinking and proactive manner, they supported the training of the Jewish community and purchased bleeding control kits for every synagogue in the city of Pittsburgh.

I vividly remember teaching the classes at synagogues in the Squirrel Hill neighborhood of Pittsburgh. I would lead every class with the disclaimer that we hoped this training would never be necessary but that the community needed to be prepared.

Finding that some members of the public were at times overwhelmed by the training, I would frequently take my 9-year-old son along with me. Volunteering his time to teach and understand the issues was a valuable lesson for him, but it also provided strong evidence that “everyone” can indeed save a life by having a young child expertly demonstrate the basic skills of bleeding control. My son taught with me in Squirrel Hill synagogues, and while he taught community members how to apply tourniquets, they taught him about their place of worship, their community and their faith.

When I finally returned home from the hospital the night of the Tree of Life synagogue shooting, I faced the challenge that all parents faced that day: how to explain what happened to my young child. With more resilience and poise than I could maintain, he asked me important questions. He asked me if this had happened where he had taught Stop the Bleed.

He asked me whether Stop the Bleed had helped people. I said yes.

He asked whether people had died. Through tears, I told him that many had.

And then the question to which I had no simple answer: “Daddy, why wasn’t Stop the Bleed enough to help them?”

The heroics of pre-hospital care and the efforts of our community to promote Stop the Bleed are extraordinary, but they are designed as a response to a series of public health crises that remain unaddressed. The number and magnitude of the wounds that we treated are irrefutably and indisputably the consequence of a weapon that, I believe, has no place in civilian life. Would the assailant have killed and maimed so many with a lesser weapon? Perhaps.

But as the first surgeon to lay hands on one of the victims of that horrible day, I submit to you with unabashed confidence that this was worse due to the use of a high-powered semi-automatic weapon. The dialogue about this issue often falls short on data, owing largely to the lack of dedicated federal funding for gun violence research.

Despite the rise in preventable deaths by firearms, the research into how and why remains largely unfunded. The complexities of understanding the role of mental illness, racism and religious prejudice in such events leave me with no easy answers to my son’s query.

However, I would submit that Stop the Bleed is an example of how we can start. This program mobilized trauma surgeons, largely warriors of reactive medicine, as champions of prevention. If we, as a community, can enact such a grassroots effort in public health to save lives, it is incumbent upon us to champion the next cause.

The unaddressed complexities of our modern public health epidemic in gun violence deserve the immediate and full attention of the medical community. Research from our trauma colleagues has shown that assault weapons bans save lives, and our professional organizations have provided position statements of varying strengths to support interventions to stop gun violence. The rally cries and calls to action occur after each of these events.

In days to weeks, Pittsburgh will be replaced by another location subjected to this horror. Another physician responder may write a similar piece. I have no answer as to how to make this time different.

What I know, however, is that as a basic public health initiative, Stop the Bleed has saved innumerable lives. If we can organize phase II of this remarkable response to attack even the smallest fraction of our modern epidemic, we can save more.

Please help me answer my son. 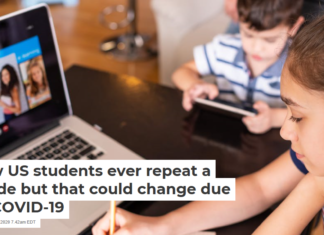 Staff Writer - September 14, 2020
Pamela Davis-Kean, University of Michigan With in-person instruction becoming the exception rather than the norm, 54% of parents with school-age children expressed concern that their...

‘Animism’ recognizes how animals, places and plants have power over humans...

Fact-checking may be important, but it won’t help Americans learn to...