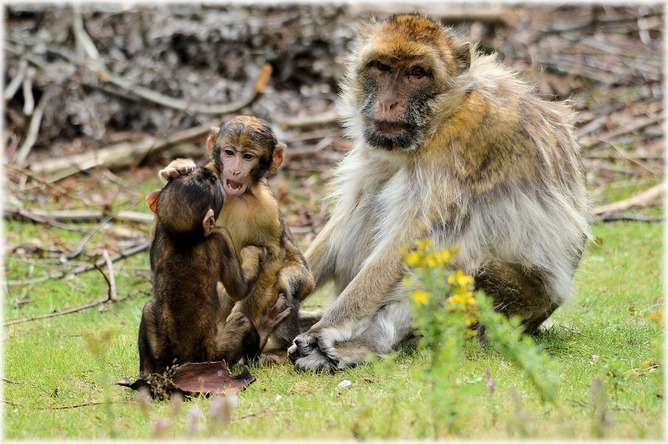 For more than a century, researchers have tried to pin down exactly why so many animal species play in their infancy. Now a new study in wild macaque monkeys has found that infants who play more actually boost key motor skills. However, these skills are acquired at a cost. The researchers also discovered that active infants grow more slowly.

So what are the evolutionary reasons behind this trade-off? And should human parents who want tall children sit them in front of the TV rather than letting them play in the garden?

A brief history of play

Play is extremely common in the animal kingdom, with
ants, crabs, turtles, fish, cephalopods, birds and most mammals engaging in some kind of play. But we humans are one of a handful of long-lived, large brained animals that plays throughout our lives. So what do we gain from play? And what do we lose?

The fact that so many animal species play during early life stages of their lives suggests that the advantages of play are concentrated on developing the brain, muscle systems and social skills that need to be learned and practised by infants.

We have long known that animal play is more frequent when times are good – when there is plenty of food to eat and animals are not stressed. For example, we know that dairy calves stop playing during weaning while monkeys cease playing when food is very limited.

Some 25 years ago, a study of antelopes found  that “a pronghorn fawn that eschewed play and shifted the energy savings into growth could expect to weigh 7% more than a playing fawn by post-natal week 12”, suggesting that play consumed a great deal of energy. But over the years, researchers have come to view the energetic costs of play as minimal and easily sustained under normal conditions.

Play in kittens, for example, contributed only 9% at most to the daily energy costs, which is equivalent to ~225 kcals or one chocolate bar for humans.

Instead, the scientific focus shifted to the risks of play in relation to the rewards. Seals that play in the surf are easy prey for sharks and killer whales, while infant chimpanzees have a higher risk of contracting infectious diseases such as Ebola from their play partners. If play is so risky, and potentially also energetically costly in a few cases, why do so many animals play?

The right amount of play

The new study has placed the question of energy costs back on the agenda, while also being the first to establish the causal importance of play for skill development. However, the effect on growth was substantial, with 30% slower growth directly associated with greater competence in a variety of key motor skills.

The authors used photographs to measure the young macaques as they grew from birth to six years and observed how each infant gained motor profiency over time. They could then relate time spent playing directly to growth and how competent each young monkey became.

The study also found that infant and juvenile males played more than young females did and grew more slowly especially while practising skills associated with learning to fight; in this way males increased their potential to defeat rivals later in life.

Surprisingly, the researchers found that play persisted even during seasons when less food was available to the developing macaques, suggesting that skill development takes priority over growth.

This trade-off can be likened to that seen in young human athletes, who train for high-level performance at the expense of their growth. For example, young girls who train as gymnasts or ballet dancers can lose their menstrual cycles and therefore their reproductive potential.

So play is indeed an activity with costs – growth costs, survival costs and time costs. But during play, young monkeys, seal pups and antelope fawns practice motor skills that are necessary both when they are infants and as adults for escaping from predators, for fighting, handling food items, or moving about their complex environment.

Among humans, there are suggestions that surgeons who play computer games are better at keyhole surgery, while the brain cells of play-deprived animals are less well connected. That suggests that the brains of playful individuals develop new connections, and players gain familiarity with the unpredictable. The more playful individuals among black bears and elephants have higher survival rates.

Play has lifetime consequences. Too little play, and individuals are limited their vital experiences of the world and others. Too much play, and growth and survival are at risk.

But where does all this leave us humans? Should parents worry that their sons in particular will be short if they play a lot (macaques are after all our evolutionary cousins)? Not at all. Humans have specifically evolved marked energy-sparing mechanisms, probably to sustain our extra-large brains.

Babies are made up of much fat (as are mums) and, unlike monkeys, finding the equivalent of a “mars bar” to meet the costs of play is easy. Human infants are fed constantly during infancy and at weaning move on to energy-dense foods. We are also buffered by the care and attention of fathers and other family members, which should allow human infants to both play and grow.

Phyllis Lee is Professor at University of Stirling 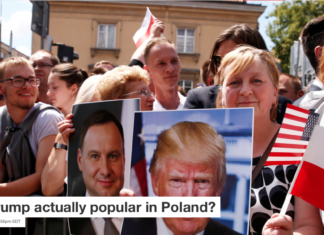 Staff Writer - July 7, 2017
Brian Porter-Szücs, University of Michigan As Donald Trump began speaking in Warsaw at noon on July 6, I was sitting in my apartment a few...