A report of debate from the first half of the extraordinary synod of Catholic bishops meeting in Rome has been described as a “pastoral earthquake” and a “seismic shift in Rome” for praising gay relationships.

Despite these headlines, no changes to the church’s position on sex, marriage and the family were announced. In contrast, the document actually reveals Pope Francis’ strategy to convert homosexuals, unmarried couples and divorcees to the true Catholic faith.

For more than a decade now, scholars of religion have been analysing the relationship between the sexual revolution of the 1960s and 1970s and the decline of faith in western nations. Callum Brown, for example, has argued that secularisation in Britain was caused by women abandoning Christian sexual morality in the 1960s and ceasing to pass on their faith to their children.

Responding to a generational loss of faith

In calling an extraordinary meeting of the synod to discuss the family, the Pope has recognised this link between sexual liberation and secularisation (although in reverse order to Brown). The synod’s relatio post disceptationem, its interim report, states:

… the crisis of faith has led to a crisis in matrimony and the family and, as a result, the transmission of faith from parents to children has often been interrupted. The purpose of the Synod is to respond to this crisis in the perpetuation of the faith.

It is in the light of this evangelistic imperative that the report’s positive statements about homosexuality, unmarried couples and remarried divorcees must be understood.

As the report puts it:

The Church turns respectfully to those who participate in her life in an incomplete and imperfect way, appreciating the positive values they contain rather than their limitations and shortcomings.

So it affirms the positive elements of the relationships of unmarried straight couples and couples who have remarried without having previous marriages annulled. For remarried divorcees, it raises the question whether they could be re-admitted to communion after a suitable period of discipline.

The report notes that homosexuals “have gifts and qualities to offer the Christian community”. It questions whether the church is capable of “accepting and valuing their sexual orientation, without compromising Catholic doctrine on the family and matrimony”. It also recognises that homosexual relationships could embody elements of Christian virtue and that the church needs to attend to the needs of the children of same-sex couples.

The document thus reflects and continues the conciliatory approach that Pope Francis has taken throughout his papacy to those on the fringes of the church, particularly sexual dissidents. It is a sharp contrast to his predecessors, who emphasised the negative elements of those who fell short of the church’s sexual ideal.

A change in emphasis, not doctrine

But the question remains: what has actually changed?

In short, the answer is nothing substantive. The relatio is merely a report of proceedings. No decisions will be made at this synod.

We will have to wait until the ordinary synod of bishops in October 2015 for more definitive statements.

The way in which the Vatican publicly frames discussions of sexuality has undergone a pastoral shift in emphasis. This has won enthusiastic praise from gay lobby groups.

Conservatives in the synod, on the other hand, have expressed discomfort with Pope Francis’ pastoral turn. They question whether there should not be greater emphasis in their discussions on sin and on homosexuality as being “intrinsically disordered”.

But although its emphasis is positive, the synod report does not mark any doctrinal shift on sexuality in general, or the sinfulness of homosexual sex in particular. It repeatedly affirms that permanent, heterosexual marriage is the church’s ideal and any deviations from this are imperfect. It also unambiguously reaffirms its opposition to “artificial” birth control.

While it is nice that this Pope is not saying mean things about gays and divorcees, I doubt this qualifies as a “seismic shift” or an “earthquake in Rome”.

The clear purpose of the synod is to respond to conflicts between the church’s standards and contemporary global sexual practices. But there is no indication that their response will be to reverse church doctrine and approve of homosexuality, divorce, sex outside of marriage, or birth control. Rather, their goal is to convert gays, divorcees and fornicators and bring them back to the Church and the Church’s sexual ideals:

All these situations have to be dealt with in a constructive manner, seeking to transform them into opportunities to walk towards the fullness of marriage and the family in the light of the Gospel.

I’m not sure that this shift from “stick” to “carrot” in the Catholic Church’s evangelisation efforts can or should be measured on the Richter scale.

Timothy Jones receives funding from the Australian Research Council and the Royal Commission into Institutional Responses to Child Sexual Abuse. 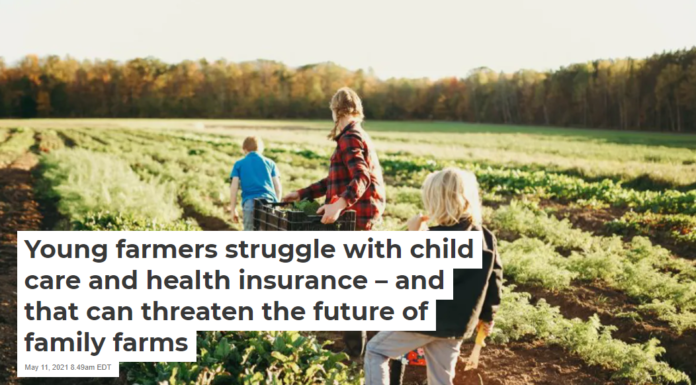 A Father’s Day reminder from science: Your kids aren’t really growing up quickly

Mental illness and gun laws: What you may not know about the complexities