Victoria’s election debate about infrastructure is shaping up around large projects such as the East West Link and Airport Rail Link. But another infrastructure project could also be on the radar: the choice of location for Victoria’s next container port.

The revival of Sir Henry Bolte’s vision for developing the Port of Hastings, situated in Western Port, follows generations of politicians and successive Victorian governments maintaining the dream partly in response to the ongoing pressure to “do something” for regional Victoria (in particular Gippsland). Major infrastructure is tangible evidence of action that offers a proud legacy to all involved in its planning, development and implementation.

Planning for an alternative to the Port of Melbourne has gained momentum in recent years. This is due to the substantial growth in the size of international container vessels – between 1988 and 2014, vessels have grown from 4000 to 18,000 containers – and the decision by Maersk Line to build a fleet of mega-ships, which require a deep-water port.

The Port of Hastings: a pre-mortem

With this in mind, the Institute for Supply Chain and Logistics has prepared a pre-mortem analysis of the Port of Hastings Development Project. This is an attempt to inform the debate and to help governments make effective decisions in relation to the project’s design, development and management over the coming decades.

Using the pre-mortem technique, the issue is analysed from the imagined position of it already having failed. Realistic possibilities are then identified to explain why this may have happened. The procedure offers three very clear advantages in project analysis:

The Port of Hastings analysis has highlighted that the assumption that mega-ships will be needed to transport import and export cargo into and out of Victoria – the justification for building a deep-water port – may not be accurate. These vessels may never come to Hastings or any Australian port.

Mega-ships were designed to connect the large markets of China and Europe, not the much smaller market of Australia. Currently, the Australian market is only about seven million containers annually.

A new port has massive impacts

Other major issues identified in the pre-mortem analysis concern the necessary supporting infrastructure, particularly new road and rail links to transport goods across metropolitan Melbourne. The Port of Melbourne 2009 Container Logistics Chain Study indicated that more than 50% of import containers were destined for, and nearly 50% of export containers originated from, areas to the north and west of metropolitan Melbourne.

Some initial modelling by the institute estimates that up to 4.5 million containers (once the proposed port has reached its capacity) would have to move across the city from Hastings. This would involve 4000 B-double trucks or 140 freight trains per day, every day, moving across Melbourne’s road and rail network to the west and north.

With the development of this new rail and road infrastructure in highly populated areas in Melbourne’s southeast comes the potential for affected members of the public and businesses to lobby against these proposals.

Environmental issues also need to be considered. Local, national and international environmentalists may actively lobby against any proposal that could damage the Western Port wetlands area which is listed as a Ramsar conservation site.

The Port of Hastings Development Project may be all that the government and its supporters claim, but this pre-mortem exploration indicates significant issues still need to be addressed before considering implementation.

The location of Victoria’s next container port is far too important an issue to leave to the short-term interests of politicians, bureaucrats and consultants. It requires input from all industry stakeholders and others committed to the future global competitiveness of our economy. Bipartisan political support is also needed to ensure the best possible economic and social outcomes for future generations of Victorians and Australians. 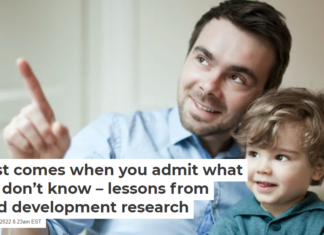 How ‘In God We Trust’ bills are helping advance a Christian...