Since the Harvey Weinstein scandal broke, a growing number of workplace harassment victims have decided to go public. Since this used to be pretty rare, it marks an important shift.

Along with the torrent of harassment revelations through the #MeToo Twitter hashtag, employees have gone public with harassment accusations against top figures in journalism, state politics, the restaurant industry and even the labor movement.

Many are wondering if the #MeToo movement will offer lasting benefits for workers affected by harassment. I think it could.

After working as a lawyer defending companies in employment lawsuits and now as a researcher, I gained some insight into how employers make disciplinary decisions after an internal investigation – and why they have a tendency to keep high-ranking harassers on the payroll.

The increased willingness of victims to go public with their accusations, however, may change the way companies feel about protecting a big time harasser.

Title VII of the Civil Rights Act prohibits workplace harassment on the basis of sex, race, national origin and religion.

However, unlike other forms of discrimination, employers are not strictly liable for harassment. Instead, under a Supreme Court doctrine known as the Faragher defense, employers can sometimes escape liability by providing an avenue to complain and taking reasonable measures to prevent or mitigate further harm after an employee complains. The Faragher defense is especially applicable where the employee fails to use that avenue or delays in doing so.

The Faragher defense gives employers a lot of flexibility on handling the harasser after an investigation, as long as they do something, however superficial, to prevent future harassment. Sociologist Lauren Edelman calls this window-dressing “symbolic compliance.” So if a company considers a high-ranking harasser to be a valuable player, punishment may be perfunctory.

A 2000 racial harassment case from the United States Court of Appeals, Tutman v. WBBM-TV, exemplifies this problem. That case involved a CBS producer who told an African-American camera operator named Robert Tutman to “get the f— out of my office before I pop a cap in your ass,” used the n-word with reference to a movie title and “pranc[ed] around, derisively caricaturing African-Americans.”

CBS investigated and gave the producer a written warning, made him attend a workshop and forced him to apologize. Its sole concession to Tutman consisted of an offer to change schedules so he and his harasser would not interact.

The court concluded that CBS was not liable for the producer’s harassment since it investigated and offered a schedule change. Tutman, fearful for his safety, did not return to work. The producer apparently continued to harass others.

This same story plays out in sexual harassment cases.

In Indest v. Freeman Decorating, a sales executive made multiple crude sexual remarks and gestures to a subordinate and reacted angrily when asked to stop. After investigating, the employer gave him a written reprimand and a one-week suspension.

Like Tutman, the victim was offered an assignment that avoided contact with the harasser. And like Tutman, the court dismissed the case, characterizing the employer’s response as “swift” and praising it for “nip[ping] a hostile environment in the bud.”

Why harassers gets favorable treatment

The Faragher defense is not available in all cases. Nevertheless, its application signals that courts are not especially concerned about harasser punishment in assessing an employer’s liability.

This frees employers to consider more prosaic concerns in deciding what to do with the harasser, such as profits and inconvenience. Sure, they could fire a high-flying harasser, but then they’d have to go through the expense, inconvenience and uncertainty of replacing him. Transferring or demoting such an employee is also considered impractical.

In my experience, employers also tend to be excessively worried about potential lawsuits from the harasser, for claims such as breach of contract and defamation. This concern derives less from the legitimacy of such claims – they are for the most part frivolous – but from the strong likelihood that a terminated harasser will hire a lawyer and threaten to sue.

When focusing primarily on the costs of terminating the harasser, the tidiest result is to leave the harasser in place. This may explain why executives felled by the more recent revelations withstood harassment accusations in years past.

Weinstein, for example, settled his way out of myriad harassment claims over several years. NPR vice president Mike Oreskes kept his job following a harassment complaint in 2015. Likewise, Amazon was apparently informed of harassment allegations against Roy Price in 2015 and retained him anyway. Susan Fowler’s harasser at Uber initially kept his job after she complained.

Typically, employer policies and harassment training urge victims to report harassment. Victims who trust the organization enough to complain then often endure a disruptive investigation only to find their harasser’s position undisturbed. Victims may not even be informed of sanctions imposed on the harasser, since it is often treated as a matter of employee – that is, harasser – privacy.

For the victim, even vindication disappoints because the employer’s loyalty remains divided. The employer may protect you from the harasser, but it also protects the harasser from meaningful consequences.

Retaining high-ranking harassers can also limit a victim’s work opportunities. Good luck moving up in a division led by your harasser. While a victim might prefer a transfer or schedule change over continued dealing with the harasser, it is nevertheless the victim that bears the inconvenience and setback.

Keeping a harasser on the payroll is also shortsighted. Although the employer might protect the complainant from future harassment, it leaves other employees exposed.

The #MeToo hashtag is remarkable because it could accomplish what the law has failed to do – change the way employers think about punishing harassers.

In a climate where victims speak freely, employers must now expect to publicly defend their employment decisions months or years later.

Any harassment victim is a future #MeToo, a latent public relations nightmare that could irreparably tarnish the brand. And in corporate America, the brand is a much larger asset than even the most powerful employee. 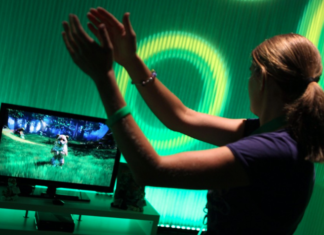 Staff Writer - October 16, 2014
By Kylar Loussikian, The Conversation Microsoft’s research arm will partner with the University of Melbourne to explore how people interact socially with technology. But indicators...