There is, however, a second front in Russia’s effort to shape the hearts and minds of American citizens, and it’s received almost no attention in mainstream U.S. media outlets since the election.

As someone who studies the growth of global public relations, I’ve researched the roles PR firms play in shaping public perceptions of international affairs.

For years, Russia has been involved in public relations campaigns that have been developed and deployed by prominent, U.S.-based, global PR firms – campaigns intended to influence American public opinion and policy in ways that advance Russia’s strategic interests.

Public relations is an industry that seeks to cultivate favorable impressions of corporations, products, individuals or causes. A company or public figure might hire a firm to increase visibility, advance marketing agendas, promote strategic initiatives or manage a crisis.

But things can get tricky when foreign governments get involved. When they hire PR firms to influence public opinion in other countries, they could undermine the domestic values and goals of the targeted nations.

In the 1930s, the PR firm of Ivy Lee – who, along with Edward Bernays, is regarded as a “founding father” of the public relations industry – was accused of circulating Nazi propaganda in the U.S. In response, Congress enacted the Foreign Agent Registry Act (FARA) in 1938, which required foreign propagandists operating in the U.S. to register with the government. In 1966, FARA was amended to cover people promoting the economic and political interests of their foreign clients.

In what has become an infamous example of political PR, Kuwait hired numerous U.S. and U.K. firms to drum up support for the 1991 Persian Gulf War. As part of that effort, PR giant Hill & Knowlton audaciously created a front group to hold hearings – led by two U.S. Congressmen – on Iraq’s human rights violations. Called the “Human Rights Caucus,” the group wasn’t actually an official congressional caucus.

More routinely, foreign nations hire PR firms to attract foreign investments and promote tourism and trade. Such efforts are completely legal, and business-as-usual for corporate PR firms and lobbyists. All they have to do is register under FARA.

While foreign government-funded advocacy campaigns are legal, they can be far from transparent. PR strategies are generally designed to hide the persuasive effort because – as the industry saying goes – “the best PR is invisible PR.”

Russia’s domestic PR business has grown rapidly since the end of the Cold War, but Russian authorities prefer to use Western firms when targeting Western audiences. Since the U.S. is both a dominant force in PR – 15 of the 20 largest global firms are American – and a prime target of Russian influence efforts, it’s not surprising that Putin’s forces would turn to U.S. firms for PR services.

Industry publication PRWeek reports that Russia has spent US$115 million on Western PR firms since 2000, with most going to the U.S. firm Ketchum, a division of Omnicom. (To put that in context: According to the Center for Public Integrity, the 50 countries with the worst human rights violation records have spent $168 million on American lobbyists and PR specialists since 2010.)

From 2006 to 2014, Ketchum had ongoing contracts with the Russian government and its state-owned energy company Gazprom.

Charged with improving Putin’s and Russia’s image abroad, Ketchum facilitated op-eds by Russian officials in publications around the world, including Putin’s 2013 New York Times article warning the U.S. on Syria.

According to ProPublica, Ketchum also placed what appeared to be independent opinion pieces praising Russia in the Huffington Post, on CNBC’s website (where links to those stories are no longer active) and in other publications without acknowledging their sources. The firm lobbied Time magazine to name Putin “Person of the Year,” which it did in 2007.

That same year, according to Reuters, Ketchum tried to convince the State Department to soften its assessment of Russia’s human rights abuses. The firm also contacted reporters who cover Russian human rights abuses urging them to also tone down their criticism.

Faced with intense criticism after Russia seized Crimea in 2014, Ketchum formally ended its contract with Russia in March 2015, tersely announcing that it “no longer represents the Russian Federation in the U.S. or Europe with the exception of our office in Moscow.”

However one of its partners, GPlus, continued the relationship under similar terms.

Late last year, Russia’s Minister of Communications Nikolay Nikiforov announced that the Kremlin would be seeking new contracts with Western PR firms this summer to improve its global image, with the intent of spending between $30 and $50 million a year – possibly more. He indicated that Russia is seeking smaller, less expensive – and perhaps less visible – firms than Ketchum.

PRWeek quoted a leading Russian political analyst, Stanislav Belkovsky, who told the publication, “There are a number of schemes that can be used to avoid U.S. accounting rules on lobbying and PR.” In other words, he was pointing out that there are ways to avoid registering with FARA – and thereby concealing the sources of the pro-Russian messaging.

Indeed, the Project on Government Oversight, an independent non-partisan watchdog group, cites loopholes in FARA that make it difficult to police violations. Even when violations are discovered, prosecution is rare. Instead lapses are usually remediated by late filing. This is what happened in the recent cases of Donald Trump’s former campaign manager Paul Manafort, who represented pro-Putin forces in Ukraine, and former National Security Advisor Michael Flynn, who represented Turkey. Though they had both been working as foreign lobbyists for an extended period of time, they only recently filed with FARA as foreign agents.

And because the U.S. regulates lobbying – not PR – another common legal loophole involves contracting with firms that have both public relations and lobbying arms. Clients will then channel as much of their business as possible through the PR arm.

The blurry line between PR and news

PR is rarely covered by the mainstream media in the U.S. Yes, non-profits like ProPublica, the Center for Public Integrity, the Sunlight Foundation and NPR fill some of the void.

But it’s a contrast to the U.K., where publications like The Guardian extensively cover the nexus of public relations, politics and policy. During prime minister Tony Blair’s tenure, PR grew rapidly in Britain as politicians and businesses adopted American-style electioneering and promotional techniques. Perhaps for this reason, British media outlets are more attuned to the ramifications of public relations.

The Trump administration’s attack on mainstream media as purveyors of “fake news” and its promotion of “alternative facts” has rallied journalism to a vigorous defense of the First Amendment, and has led to calls for critical media literacy.

Yet research indicates that as much as 75 percent of U.S. news begins as public relations. For transparency advocates, this is a problem. By definition, PR is a biased, monetized form of communication that seeks to advance the vested interests of clients. Even some public relations industry figures have recently acknowledged their field’s role in the dissemination of “fake news.”

During the past two decades, the newspaper industry has contracted, with advertisers and readers migrating to the internet. Conversely, the PR industry has experienced growth in both employment opportunities and salaries. In the U.S., there are now nearly five PR people for every reporter. Americans are now being exposed to more public relations than ever before.

While some PR serves worthy causes – promoting health, education, charity and disaster relief – I believe all PR deserves closer scrutiny because it bypasses the norms of democratic processes: transparency, accountability and the right of all interested parties to have voice in civic debates.

We should think of PR the same way, scrutinizing it with as much critical rigor as we view propaganda. 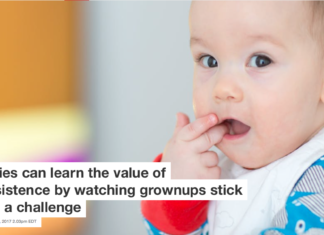 Staff Writer - September 21, 2017
Julia Leonard, Massachusetts Institute of Technology You’re at home trying to make fresh tomato sauce, but can’t seem to get the tomatoes out of their...