As the 11 candidates vying for the French presidency were making their last televised bids to the electorate on the evening of April 20, news broke that a policeman had been killed in an attack on the Champs-Élysées in Paris. Islamic State (IS) claimed responsibility, though this has not yet been confirmed, and an investigation was launched by French anti-terror police. Leading right-wing candidates François Fillon and Marine Le Pen cancelled their last public campaign rallies ahead of the first round of voting on April 23.

The Conversation asked Eglantine Staunton, research fellow at the University of Leeds, to explain the role terrorism has played in the election campaign.

Has the fight against terrorism played a big part in the campaign?

The fight against terrorism – and security issues more generally – has been one of the most debated issues of the presidential campaign (along with economic measures). It is a real concern for the French population as France has recently had to face several terrorist attacks and threats on its soil. The presidential campaign has not put these concerns to ease, with the Le Figaro newspaper arguing that there have never been so many terrorist threats during a presidential campaign. On April 18, two men were arrested in Marseille for planning a “violent and imminent attack”, which was suspected of targeting some of the leading presidential candidates.

Beyond the concerns of the French population, journalists have also played a role by focusing on the fight against terrorism. This issue sells papers because it leads to heated debates between the candidates.

How important is terrorism to French voters as they consider who to vote for?

In light of the importance of the fight against terrorism for the French population, this issue will likely play a central role in people’s decision, especially in light of recent events since so many voters remain undecided. A poll published on April 16 reported that with a week to go, less than 50% of the population intending to vote in the first round of the election knew who they would vote for.

Even though it is hard to predict how much of an impact the attack on the Champs-Élysées may have on the vote, it is likely to benefit Le Pen and her Front National in the short run. By proposing the expulsion of foreigners who are suspected of having ties with terrorists, and the departure of France from the Schengen free movement zone, she appears to many as the candidate who has the strongest programme against terrorism. Le Pen has also claimed that if she were president, there would not have been terrorist attacks. The morning after the Champs-Élysées attack, she called for French borders to be reinstated.

Fillon warned right-wing voters who are concerned by security matters that voting for Le Pen, rather than for him, would actually benefit Macron in the long run and increase the centrist candidate’s chance of making it to the second round on May 7.

How have the left-wing and centrist candidates proposed that they will tackle the terrorism threat?

As expected, proposals to fight terrorism and increase security have been extensively developed by right and extreme-right candidates Fillon and Le Pen. However, considering how important these issues are for the French population, this is no longer an issue left to the right wing.

In terms of what can be done internationally, the centrist Emmanuel Macron has suggested that he would be willing to cooperate – at least temporarily – with leaders like Syria’s Bashar al-Assad since IS constitutes a common enemy and his priority is to eradicate terrorism.

From a domestic point of view, Macron’s positions are not as clear. In particular, he seems undecided about whether terrorists holding a double nationality should be stripped of their French one and this has led candidates like Fillon to criticise him for not having clear objectives. Even though Macron has promoted a reinforcement of FRONTEX (the European Border and Coast Guard Agency), his pro-Europe – and pro-Schengen – position has not helped reassure the voters who believe the lack of French frontiers is to blame for the attacks.

The far-left candidate Jean-Luc Mélenchon’s position has created even more controversy among voters who are concerned with terrorism. By promoting the end of the state of emergency and arguing that stripping terrorists of the French nationality was “shameful”, he has been the object of fierce criticism and his position is deemed to be particularly weak when it comes to fighting terrorism.

What are the main ways French anti-terrorism policy has changed since the 2012 election? How has this – and the ongoing state of emergency – influenced the campaign?

In addition to several counter-terrorism laws which have been passed by the French parliament since 2012, key anti-terror measures have also been put in place. These include the state of emergency, a “stop jihadism” website, training for judicial services to identify those who might be under the influence of terrorist networks, reinforced security controls such as a plan vigipirate (similar to the UK threat level) and increased recruitment to the secret services, police and army.

Some of these measures have generated heated debates during the campaign. The maintenance of the state of emergency is one of them. Fillon wants to reinforce it, while Mélenchon wants to put an end to it.

But the issue that has been at the centre of many of the debates on terrorism remains the proposal to strip terrorists who hold more than one nationality of their French one. Even though the proposal was originally put forward by the existing government before eventually being put to rest by outgoing president, François Hollande, in light of the controversy it created, it has remained at the centre of the 2017 presidential campaign. 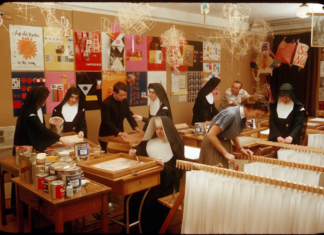 Staff Writer - December 6, 2017
Diane Winston, University of Southern California, Annenberg School for Communication and Journalism California in the 1960s was the epicenter for spiritual experimentation. Indian gurus and...