There are many good reasons to eat red meat, including as a source of protein and iron, but having too much of the stuff significantly increases your risk of cancer.

Recent research from China has found that a diet of just 100 grams of red meat per day increases the risk of gastric (stomach) cancer by 17%. What’s more, there are a large number of studies demonstrating a link between red meat consumption and bowel cancer.

For those who love backyard barbecues, this is very bad news. But why does red meat increase the risk of cancer and is there a safe level of consumption?

Red meat includes beef, veal, lamb, mutton, pork, and goat. Their red colour comes from a protein in the muscle called myoglobin. The purpose of myoglobin is to store oxygen in muscle cells in a way that’s similar to how heamaglobin carries oxygen in the blood stream.

White meats, such as fish and chicken, don’t contain this protein at levels anywhere near as high.

Myoglobin is broken down during digestion and forms a family of carcinogenic compounds called N-nitrosoes. The target of nitrosoes is the DNA inside cells, which they change through a process called methylation.

The long-term effect of too much methylation is that the cell stops producing the right amount of the essential proteins and enzymes it needs to maintain normal function – and it becomes cancerous.

Unfortunately, there’s no safe level of N-nitrosoes in the body. In an old study with rats using the chemical N-nitrosodiethylamine as a model chemical, researchers found a dose of 0.000075 grams per kilogram of body mass each day was enough to induce cancer.

Just as bad is the discovery by Australian researchers that bad cholesterol (low density lipoprotein) helps cancers migrate to new areas in the body.

All cells in the body have velcro-like molecules on their surface called integrins, which cause them to stick together. Bad cholesterol helps promote more integrins on the surface of cancer cells so when they move away from their site of origin, they’re able to stick and take residence in new areas of the body.

Conversely, good cholesterol like that found in fish, nuts and high-fibre foods, helps keep integrins on the inside of cancer cells, making them less likely to spread and re-attach.

You shouldn’t cut red meat from your diet entirely. You need some of it to get enough protein (for building and maintaining muscle) and iron (for the production of blood).

The department of health recommends a diet consisting of 65 grams of cooked red meat per day (or 90 to 100 grams of uncooked meat). To put this into perspective the average steak size is between 200 and 350 grams.

But to really reduce your risk of bowel and stomach cancer, it isn’t enough to just reduce the amount of red meat you eat. A balanced diet that’s low in fats and sugar is also needed.

If you have a family history of bowel cancer, then it’s important you get tested regularly and encourage other family members to do the same. This is especially important for people over the age of 50.

If you would like more information on either bowel or stomach cancer and the factors that can increase your risk of getting the diseases, visit the Bowel Cancer Australia and Cancer Council Australia websites.

Nial Wheate is Senior Lecturer in Pharmaceutics at University of Sydney. 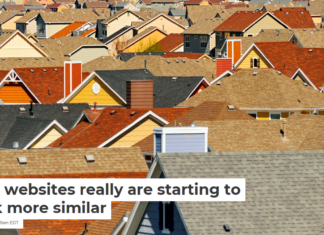 Staff Writer - May 6, 2020
Sam Goree, Indiana University Over the past few years, articles and blog posts have started to ask some version of the same question: “Why are...