The debate over whether or not to bring in more refugees in the U.S. continues. There seems to be a sharp division within civil society, the media and public opinion as to the best course of action toward refugees.

But my research shows that there is room for building a middle ground, where both American aspirations to welcome refugees and security concerns can be reconciled.

The American public has always been ambivalent regarding refugees. Although public discourses tend to emphasize pride in the U.S. tradition of receiving refugees, studies have highlighted that, at critical times in history – like when many Indochinese migrants arrived in the 1970s, and Cubans in 1980 – majorities felt uneasy about, if not opposed to, receiving large numbers of refugees. Yet, the U.S. has consistently ranked among the countries that resettled the most refugees.

Regarding Syrian refugees, late 2015 polls from Quinnipiac University, MSNBC, Gallup, ABC News/Washington Post and Bloomberg have shown that a majority of Americans oppose settling Syrian refugees in the country. However, 2016 polls from Brookings and Penn State Harrisburg, which I conducted, found a clear majority supported more Syrians settling here. Views on Trump’s recent executive orders on refugees are also mixed.

There are many ways to explain this ambivalence. First, wording and methodology matter.

So does the timing of the poll. For instance, the polls cited above showing a majority opposing Syrian refugees were taken in November 2015, shortly after the terror attacks at the Bataclan theater in Paris. At the time, there was a heated discussion as to whether Syrian refugees had been involved in this terrorist event. It turns out they weren’t, but two of them used the same migratory routes as Syrian refugees. In contrast, polls that indicated majority support for refugees from Syria were conducted in May 2016 (Brookings) and August-October 2016 (Penn State Harrisburg), when the news headlines had moved away from the issue of Syrian refugees.

Contradictory poll results may also simply reflect relatively slight and normal changes of mood in public opinion, with a few percent change enough to sway the majority one way or the other.

Room for a middle ground?

What is more striking, however, is not so much that the public is divided, but that it is polarized – that is, it holds views that are closer to either extreme. The Penn State Harrisburg’s School of Public Affairs poll allowed respondents to choose whether they “strongly oppose,” “oppose,” “neither support or oppose,” “support” or “strongly support.” A healthy public opinion would see a majority of respondents gather around the “oppose,” “neither” or “support” answer. However, only 39 percent of respondents answered that way, while 56 percent opted for a “strongly oppose” or “strongly support” answer.

Nevertheless, a deeper look at the data shows some potential for building a middle ground.

Responses to an open-ended question asking why respondents supported or opposed taking in Syrian refugees showed ambivalence at the individual level. Respondents were somewhat aware of the need to balance different goals. For instance, some opponents to receiving more Syrian refugees also recognized the ethical call to help people in need. Some of them said:

“I know America is supposed to be the land of opportunity but we have to be safe.”

“Half of the refugees are terrorists. The other half I feel terrible for.”

“I’m all for helping the Syrian refugees, just don’t bring them here.”

And, about one-third of the supporters of receiving more Syrian refugees mentioned security concerns and questions regarding the existing vetting process. A typical answer would be:

“I don’t want to see children and families persecuted. The vetting has to be seriously done, but I see no threat from young children.”

“Our country was founded on immigrants and refugees and I couldn’t discriminate on others when my family were refugees – as long as they’re appropriately screened.”

There is little evidence of a connection between refugees and security risk, but the association is already made in the American mind. It indicates that supporters of a generous refugee policy may be willing to concede the need to review the existing process. This could be the basis for building consensus.

As shown above, public attitudes toward refugees are reactive and versatile. A number of respondents mentioned phrases used by politicians during the 2016 presidential campaign. In particular, several referred to Republicans’ interpretation of FBI Director James Comey’s testimony before Congress that the U.S. “cannot properly vet” Syrian refugees. One said:

“The FBI has said that they can’t possibly keep track of these people, because they don’t have proper paperwork, and they can’t be tracked once they’re here.”

Respondents’ use of specific and similar verbiage highlights that leaders can have a strong impact on people’s attitudes and beliefs towards refugees.

To gain support in democracies, politicians often engage in “symbolic politics” that caters to preexisting beliefs. But political leadership also means providing narratives that have transformative power over these beliefs. Politicians have the power to educate their constituents about important issues such as refugees, and lead voters toward a middle ground that balances both citizens’ concerns and aspirations. 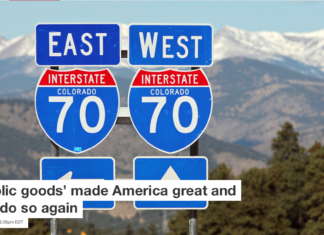 Staff Writer - April 18, 2017
Marina v. N. Whitman, University of Michigan All Americans are lucky to live in a country brimming with public resources that everyone can...

Too few women get to invent – that’s a problem for...

Educating children in Guatemala before they decide to migrate to the...