On November 4, the state of Arizona will decide whether to join Colorado, Missouri, Louisiana and Michigan in passing so-called right to try laws. If passed, the “Arizona Terminal Patients’ Right To Try” ballot referendum will grant terminally-ill patients access to experimental treatments that the US Food and Drug Administration (FDA) has not yet approved.

If approved, patients could access drugs, biological products or devices that have successfully passed only Phase I clinical trials, which are conducted in a small group of volunteers to determine things like side effects and toxicity. Normally, drugs must then advance through further, more rigorous testing before securing FDA approval.

This ballot measure has worthy intentions and highlights certain misgivings inherent in the current system for approving drugs in the United States. That said, neglecting the FDA’s role in guaranteeing drugs that are safe and effective is inappropriate.

What right to try would skip

The intent of Phase I testing is not to directly benefit patients, but to evaluate a drug’s maximum tolerated dose, its safety and its side effects as determined by testing in a small number of volunteers. Subsequent testing to assure that drugs are actually effective – especially in larger numbers of patients – can take years to complete. For patients who are dying this can present a significant and, at times, insurmountable hurdle.

The Arizona referendum requires each patient to provide informed consent for the use of the still-under-investigation treatment. It states the probable risk associated with the agent must not exceed the probable risk from the patient’s disease. In the absence of adequate testing, it’s unclear how such a determination can be reached or how patients can provide fully informed consent.

Importantly, experimental drugs may result in harm. For example, in the early 1990s, autologous bone marrow transplantation was adopted for certain patients with metastatic breast cancer based on yet-to-be substantiated early-phase clinical trial evidence. Ultimately, this treatment proved unsuccessful. Subsequent trials showed it to have no benefit and were unable to recreate the findings suggested by the original trial that was found to have been poorly designed. Some patients actually did much worse, including some who died.

What was meant as a compassionate step aimed to help those who were in the greatest need – vulnerable patients who understandably may be willing to try anything – backfired and had serious repercussions.

Presently, terminal patients interested in using a non-clinically proven agent must petition the FDA through a program called compassionate use. The FDA decides each petition on a case-by-case basis; even when it finds in favor of patients, the process can take time, time that some patients may not have.

At heart, like the right to try bills that preceded it, the Arizona referendum remains a compassionate use program. The difference is that it removes the FDA from the calculus.

Even with a right to try law, patients and doctors would still need to petition the drug company, which is under no obligation to release the experimental drug. In fact, companies may balk at doing so. Releasing treatments early could compromise ongoing trials of the agent and prove quite costly. Often companies only produce a very limited supply of drugs under development and may have little if any additional supply to offer for compassionate use.

Another concern is that by bypassing the existing approval process, some drugs that may not be safe and ready for widespread use will suddenly have an avenue to be tried without fear of consequences. Some manufacturers might see this as a way to test their drugs in a way that they otherwise would not be able to. Companies might petition doctors to refer terminal and potentially desperate patients who may not be ideal candidates for a particular drug. One might also imagine doctors being offered certain incentives to do so.

The plight of terminal patients is a tragic one – especially when a treatment in development that holds the promise for potential benefit is beyond their reach. In such cases, one might imagine revamping certain aspects of clinical trials for terminally ill patients who have few, if any, meaningful options to extend their lives.

When a particular experimental treatment has relatively few side effects and/or a significantly positive response, perhaps it makes sense to relax access. Here’s what I propose:

Especially when considering yet-to-be proven experimental interventions, although understandable, right to try laws miss the target. Greater emphasis should focus on the duty of physician-researchers to help patients and their surrogates distinguish realistic from unrealistic hope while maintaining reasonable expectations.

Yoram Unguru does not work for, consult to, own shares in or receive funding from any company or organisation that would benefit from this article, and has no relevant affiliations. 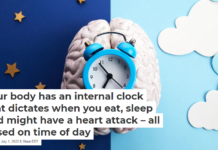 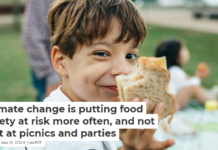 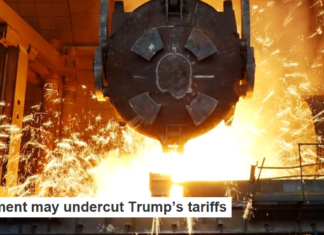 Staff Writer - April 27, 2018
Patrick Conway, University of North Carolina – Chapel Hill President Donald Trump is vowing to crack down on deceptive transshipment. That is the practice...