There are now more mobile phones in use than there are people in the world to use them – some 7.2 billion phones. Mobile phones are becoming integral parts of our lives, penetrating into areas of the developing world that lack much of the fixed infrastructure taken for granted elsewhere. This makes them an excellent potential source of information about population movements.

For example, in the event of a natural disaster, disease outbreak, terrorist attack or conflict, knowing where people are and how many may be affected is vital for planning a response. But these population distribution details are largely drawn from a census – typically undertaken only every ten years (the most recent in the UK was in 2011), which means that without other sources of information the details quickly become inaccurate or incomplete.

In many poorer countries population census data can be very out of date: the Democratic Republic of Congo, Madagascar and Pakistan have not undertaken a census since 1984, 1993 and 1998 respectively. And in any case, a census only records residential populations in a single snapshot, without providing any detail of the daily, weekly and seasonal dynamics of population movements within countries. This means it’s difficult to accurately assess the number of people who may be affected by, for example, climate change, or conflict, or for ascertaining in which direction a disease like Ebola is likely to spread.

Filling in the gaps

This is where mobile phones can provide invaluable data, using the call connection records that are updated by the second. Phone subscriptions have rocketed in the last few years, with the highest rates of adoption in the world’s lowest-income nations. Every time an individual makes or receives a call or text, it is routed through the nearest receiving cell network tower. This information – the anonymous ID of the user, the time and the location of the tower the call was routed through – is recorded for billing purposes by phone network operators.

France moves between the city and the beach
Andy Tatem, Author provided

So with millions of phone users per nation, this provides a surprisingly accurate picture of human activity. Our study published in the Proceedings of the US National Academy of Sciences draws upon just a few months of this type of anonymised data from France and Portugal. We measured the density of phone calls per cell tower and, adjusting for biases in phone usage, have been able to produce population density maps of equivalent accuracy to those produced from a census.

This opens up some interesting possibilities. By using just this small segment of anonymised data that is already stored by mobile network operators, it is possible to rapidly produce detailed and up-to-date population distribution maps, sidestepping the need for the cumbersome once-a-decade census in providing such data.

As these phone call records are continually collected, this also provides unprecedented insight into the nature of human population dynamics. Distribution maps can be easily drawn up for any period required – for example day vs night, weekday vs weekend, workday vs holiday difference. At little cost, this can help answer the type of questions that have previously been logistically challenging: how many people were likely to have been affected when a tsunami hit at 2.07pm? How have people reacted in the days following a devastating earthquake? How have mobility patterns changed in light of movement restrictions implemented for an Ebola outbreak?

Inevitably there will be questions about privacy and commercial interests when dealing with mobile phone records. The data contain details of the phone network operators’ system design, their customers, and of course the location of individual phone users at specific times. However, for the purposes of responding to natural disasters, conflicts or other public health emergencies, operators need not provide access to the full details. It’s sufficient to measure call density per tower with aggregated and anonymised data and still produce accurate maps.

In fact it’s relatively straightforward for phone network operators to produce these themselves without having to release information to third parties and run into possible privacy issues. This could become a routine step, in collaboration with governments, which would provide planners with far better understanding of population dynamics than we’ve had hitherto, and so a much better response in the face of any crisis.

Andrew J Tatem does not work for, consult to, own shares in or receive funding from any company or organisation that would benefit from this article, and has no relevant affiliations. 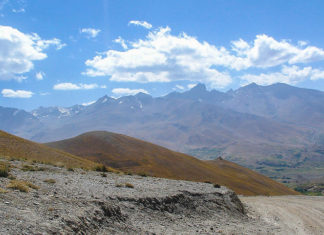