Despite killing a majority of people it infects, some patients survive the onslaught of Ebola virus. What gives them this resistance, ask Michael Katze, professor of microbiology, and colleagues from the University of Washington in a study published in the journal Science They used mice to answer this question because despite being infected with Ebola virus, they don’t show the symptoms seen in Ebola-infected humans.

Mice tend to be a good animal model for scientists to understand human diseases, because they are easy to handle in labs and have been studied extensively. However, in the case of Ebola, it is their apparent resistance which may give us more useful answers.

Katze and his colleagues cross-bred different genetic varieties of lab-bred mice to produce a strain that did fall victim to Ebola. Although the virus grows in both susceptible and disease-resistant mice, it grows to lower levels in resistant mice. The pattern of infection differs too. For example, virus infection of the liver is restricted to only certain types of cells in resistant mice rather than infecting most liver cells as seen in the susceptible mice.

Analysis of the mouse strains showed that the resistance was linked with differences in the expression of a number of mouse genes. If virus resistance is genetic in mice, could our susceptibility to fatal virus infections, such as Ebola, be determined by a genetic predisposition? What about viruses that only rarely cause fatal infections? Does a difference in genetic susceptibility also explain why some people get regular respiratory virus infections, while others rarely complain of infection?

The answer is a qualified yes, but it is not as startling as it first appears. Katze and colleagues show for the first time that resistance to Ebola is due to differences in gene expression. This will come as no great surprise to most virologists, who have long accepted that animals are not simply passive victims of infection but can actually contribute to diseases when infected. This has been seen in many different kinds of animals.

It is clear that the first line of defence following infection – the innate immune response that is present in all cells of the body – is key to the outcome. In Katze’s study, many of the genes they identify are implicated in the generation and maintenance of the integrity of blood vessels. Disruption of these gene functions correlate with the known symptoms of Ebola, such as haemmorhage, and presumably reflect differences in the way that the genes are expressed and regulated in different genetic backgrounds.

However, caution is needed in reading too much into the results. The fact that cross-bred mice respond with a range of symptoms after Ebola infection – just like humans do – may not be due to a genetic cause. For example, humans are more genetically mixed than mice and the sheer number of genetic combinations are likely to produce a graded spectrum of responses rather than a distinct division as seen in the mouse strains studied.

Equally important – but not addressed by the study – is the potential role of environmental factors that undoubtedly also play a role in the disease process. These include factors such as the underlying health status of the at-risk population,the virus dose encountered and the route of exposure. While the data in this study suggest a genetic link with Ebola virus, more work is required to confirm the role of these genes. In particular it will be important to study animals which have defects in their genes to see if they display Ebola symptoms.

Despite these caveats the study does raise some intriguing and potentially valuable prospects. The wild-type virus caused no symptoms and appears not to replicate in mice. So the study used a mouse-adapted strain of Ebola virus. The genetic differences between the two types of virus will enable the molecular basis of this difference to be explored in detail. Ebola is known to infect mammals other than primates, for example bats and duiker, and the changes in the virus required to infect these hosts can now be investigated.

What is perhaps most interesting is that mice with only low levels of virus production did not experience severe disease. This suggests that it may not be necessary to completely eliminate the virus from the body to provide protection against the disease. So treatments or interventions designed to reduce virus levels, rather than eradicate it, may be sufficient to alleviate the considerable suffering we see in many Ebola patients. If this proves to be the case then the hurdle to be surmounted for therapies may be lower than initially thought. This is good news for the vaccines now being tested. 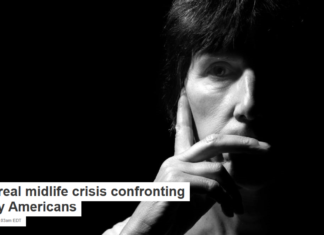 Could China’s strategic pork reserve be a model for the US?