By Piotr Korczak, University of Bristol

A US judge has approved a US$1.2 billion settlement and accepted a guilty plea by hedge fund SAC Capital in what has been described as the largest insider trading settlement in the country’s history.

Eight people related to the fund have now been found guilty in a wide-ranging investigation of insider trading in US stock markets. Given the economics of insider trading aren’t widely understood, let’s remind ourselves why SAC did ought to be punished.

Insider trading simply means trading based on important undisclosed information. Insiders make profits by buying shares when they have confidential information about positive developments or can avoid losses when they sell shares based on undisclosed negative information. As financial instruments and transactions become increasingly complex so other ways to profit from insider information evolve to match them.

Insiders buy or sell shares from or to less informed investors who are willing to sell or buy anyway, unlike thieves who steal against someone’s will. This leads some to call insider trading “victimless crime”.

Building on this argument, some economists say insider trading should be legalised entirely as it levels the playing field. According to this theory, allowing insider transactions would mean stock prices that reflect all information, whether public or private. This in turn makes markets more efficient (an “efficient market” after all is simply a market where prices reflect all information). Investors could therefore make more accurate decisions, and corporations could raise capital at fair prices.

But this argument clearly hasn’t won over regulators throughout the world. Insider trading remains prohibited, primarily to increase confidence and trust in markets.

If insider trading was allowed, those investors without access to the best information might hold on to their cash. After all, who wants to make bets with someone who knows more than you do? As such, insider trading decreases market liquidity, increases the cost of trading and consequently makes it more difficult for corporations to raise capital. None of these effects do much good for the economy.

Insider trading is difficult to detect and prosecute as the line between legal and illegal is extremely fine. Investors collect and analyse huge amounts of information and frequently trade across a large pool of stocks. It’s very tough to prove that they made a specific investment decision based on specific piece of information which was undisclosed to the public.

Given these obstacles, insider trading investigations tend to be long and expensive. The digital forensic techniques used – analysing emails, phone records and so on – aren’t simple.

For example, the UK’s Financial Services Authority successfully prosecuted six individuals in 2012 for insider trading which made them a combined profit of £732,000. To build their case, the FSA obtained and reviewed over 200,000 lines of trading in 130 brokerage accounts and 375,000 lines of telephone call records. More than 300 witness statements were included and the trial itself was four and a half months long. That’s a lot of effort just to uncover a scam worth less than £1m.

This supports the efforts of regulators around the world to detect and prosecute insiders. The benefits of effective insider trading laws include lower costs of raising capital, greater stock market liquidity, more accurate (and not less accurate, as proponents of deregulation of insider trading argue) pricing driven by a larger group of market participants, including analysts, willing to collect information and participate in the stock market when they have confidence that insider trading is not rampant.

Finally, it is worth bringing up an argument made by those who look at the economics of crime. Prohibition of insider trading and relevant enforcement will discourage or eliminate smaller insiders but will not eliminate insider trading entirely. Instead, it will create large monopoly profits available to the few who still decide to break the law. SAC Capital’s gains from insider trading may be one such example.

Piotr Korczak does not work for, consult to, own shares in or receive funding from any company or organisation that would benefit from this article, and has no relevant affiliations. 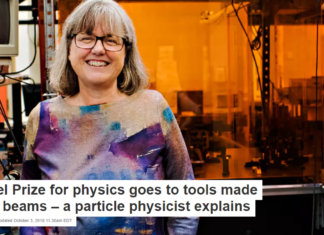