Many of the companies promising “net-zero” emissions to protect the climate are relying on vast swaths of forests and what are known as carbon offsets to meet that goal.

On paper, carbon offsets appear to balance out a company’s carbon emissions: The company pays to protect trees, which absorb carbon dioxide from the air. The company can then claim the absorbed carbon dioxide as an offset that reduces its net impact on the climate.

However, our new satellite analysis reveals what researchers have suspected for years: Forest offsets might not actually be doing much for the climate.

When we looked at satellite tracking of carbon levels and logging activity in California forests, we found that carbon isn’t increasing in the state’s 37 offset project sites any more than in other areas, and timber companies aren’t logging less than they did before.

The findings send a pretty grim message about efforts to control climate change, and they add to a growing list of concerns about forest offsets. Studies have already shown that projects are often overcredited at the beginning and might not last as long as expected. In this case we’re finding a bigger issue: a lack of real climate benefit over the 10 years of the program so far.

But we also see ways to fix the problem.

Forest carbon offsets work like this: Trees capture carbon dioxide from the air and use it to build mass, effectively locking the carbon away in their wood for the life of the tree.

In California, landowners can receive carbon credits for keeping carbon stocks above a minimum required “baseline” level. Third-party verifiers help the landowners take inventory by manually measuring a sample of trees. So far, this process has only involved measuring carbon levels relative to baseline and has not leveraged the emerging satellite technologies that we explored.

Forest owners can then sell the carbon credits to private companies, with the idea that they have protected trees that would otherwise be cut down. These include large oil and gas companies that use offsets to meet up to 8% of their state-mandated reductions in emissions.

Forest offsets and other “natural climate solutions” have received a great deal of attention from companies, governments and nonprofits, including during the U.N. climate conference in November 2022. California has one of the world’s largest carbon offset programs, with tens of millions of dollars flowing through offset projects, and is often a model for other countries that are planning new offset programs.

It’s clear that offsets are playing a large and growing role in climate policy, from the individual to the international level. In our view, they need to be backed by the best available science.

Satellites offer a more complete record than on-the-ground reports collected at offset projects. That allowed us to assess all of California since 1986.

From this broad view, we identified three problems indicating a lack of climate benefit:

How California can fix its offset program

Our research points to a set of recommendations for California to improve its offsets protocols.

One recommendation is to begin using satellite data to monitor forests and confirm that they are indeed being managed to protect or store more carbon. For example, it could help foresters create more realistic baselines to compare offsets against. Publicly available satellite data is improving and can help make carbon offsetting more transparent and reliable.

California can also avoid putting offset projects on lands that are already being conserved. We found several projects owned by conservation groups on land that already had low harvest rates.

Additionally, California could improve its offset contract protocols to make sure landowners can’t withdraw from an offset program in the future and cut down those trees. Currently there is a penalty for doing so, but it might not be high enough. Landowners may be able to begin a project, receive a huge profit from the initial credits, cut down the trees in 20 to 30 years, pay back their credits plus penalty, and still come out ahead if inflation exceeds the liability.

Ironically, while intended to help mitigate climate change, forest offsets are also vulnerable to it – particularly in wildfire-prone California. Research suggests that California is hugely underestimating the climate risks to forest offset projects in the state.

The state protocol requires only 2% or 4% of carbon credits be set aside in an insurance pool against wildfires, even though multiple projects have been damaged by recent fires. When wildfires occur, the lost carbon can be accounted for by the insurance pool. However, the pool may soon be depleted as yearly burned area increases in a warming climate. The insurance pool must be large enough to cover the worsening droughts, wildfires and disease and beetle infestations.

Considering our findings around the challenges of forest carbon offsets, focusing on other options, such as investing in solar and electrification projects in low-income urban areas, may provide more cost-effective, reliable and just outcomes.

Without improvements to the current system, we may be underestimating our net emissions, contributing to the profits of large emitters and landowners and distracting from the real solutions of transitioning to a clean-energy economy. 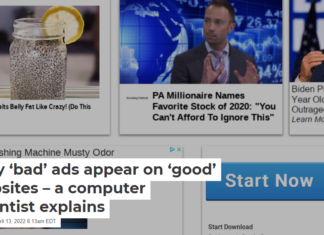 What does the economy need now? 4 suggestions for Biden’s coronavirus...