Could police have stopped Nikolas Cruz before he walked into Parkland High School and massacred 17 students and teachers with a semi-automatic rifle?

In the months and years prior to the February 14, 2018 massacre, family members, school personnel and neighbors had reported Cruz’s disturbing, threatening and violent behavior many times
to police and social services. Private citizens reported to the FBI at least twice that Cruz had posted school shooting threats on social media.

Some abhorrent behavior not illegal

I teach criminal law and procedure, and frequently write about my research on gun control issues. It seems to me that the police did not have grounds to arrest Cruz and that, even had they arrested him, that probably would not have prevented his rampage.

Florida police have limited options when faced with a potential shooter like Cruz. They can take him to a mental hospital for evaluation. They can try to persuade him to surrender his firearms, but they cannot seize his guns.

In Florida there is no “weapons seizure” or “red flag” law authorizing the police to seek a judicial warrant to take weapons away from a person deemed to be a serious threat to self or others.

Though Cruz had killed squirrels, birds and frogs, been chronically disruptive at school and, on several occasions, threatened and struck his mother and brother, his conduct probably did not warrant criminal charges.

Torturing companionable animals – dogs and cats – constitutes a criminal offense, but shooting and torturing squirrels, frogs and chickens does not. Cruz’s revelation on social media that he would or might carry out a school shooting, while alarming, is not the kind of focused threat to an individual that crosses the line from ranting to criminally threatening. The Florida assault law criminalizes only threats directed at a specific person.

Even if the police had enough evidence to arrest Cruz for animal cruelty, assault or harassment, these are misdemeanors. If charged, Cruz would almost certainly have been released before trial and, in the unlikely event that he was convicted, would almost certainly not have been sent to jail. What’s more, according to federal and Florida laws, conviction of a misdemeanor, other than domestic violence, does not disqualify the defendant from possessing firearms.

It is possible, of course, that being charged with even a minor crime might have turned Cruz away from the murderous rampage he was brooding about. It also might have led a police officer, prosecutor, judge or probation officer to conclude that Cruz posed such a serious danger to self or others that they could begin the process of committing Cruz to a mental hospital.

‘Imminent danger to self or others’

Even without arresting him, local police had many opportunities and good reason to identify Cruz as a person likely to seriously harm self or others. All states have laws authorizing police to take a person to a mental hospital for an emergency evaluation.

If the police had taken Cruz to a mental hospital for emergency evaluation, there would have been several possible outcomes.

The hospital staff could have held him for up to 72 hours for evaluation. During or at the end of that period, they might have released him, perhaps with a prescription for psychotropic drugs and/or a referral to a therapist. If the staff had concluded “that without care or treatment, there was a substantial likelihood” that Cruz would cause serious bodily injury “to himself or others in the near future,” they would have petitioned a court to commit Cruz to a mental hospital.

At the court hearing to determine whether Cruz would be committed, the government’s attorney would have had to prove that Cruz was an imminent threat to self or others. Cruz would have been entitled to a court-appointed lawyer.

The judge might not have been willing to commit Cruz, perhaps preferring to order him into outpatient treatment. That’s what happened in the case of Seung-Hui Cho. After the judge refused to commit Cho, Cho ignored the court’s order to get outpatient treatment, purchased a gun and murdered 32 students at Virginia Tech in 2007.

If the judge ruled in the government’s favor, Cruz would have been sent to a mental hospital for 90 days, with the possibility of subsequent 90-day extensions. These days, involuntary commitment does not usually last longer than a few weeks or months at most.

After release, under federal law, Cruz would have been disqualified from purchasing or possessing a firearm. More importantly, the psychotropic drugs and talk therapy that he likely would have received might have improved his mental condition so that he would no longer want to engage in random violence. That obviously would have been the best outcome.

Of course, there are no guarantees.

It is possible that after a period of treatment, the doctors or judge might have released Cruz prematurely, in which case Cruz could have illegally acquired a gun from a secondary market seller advertising a gun for sale in the newspaper or over the internet. Neither federal nor Florida law requires a background check for a purchaser who acquires his gun on the secondary market. Black-market gun traffickers obviously also do not screen their customers or initiate background checks.

“Curing” Cruz would have been the best outcome. Disarming him would have been second best. Unfortunately, Florida does not have a “red flag” law, which five states already have and more than 20 are considering.

Without recourse to a red flag law, police in Florida could have tried to persuade Cruz to temporarily surrender his guns to them or to a police-approved friend. The efficacy of police persuasion should not be underestimated, especially when reinforced with appeals by the family with whom Cruz was living.

In my opinion, red flag laws are highly desirable, but they too are not a panacea. The police may not be successful in seizing all the respondent’s guns, some of which may be hidden. And even if all the guns are seized, a disturbed person might borrow another gun from a friend or buy one on the secondary or black market.

That’s why I believe that civil commitment to a mental hospital, where the disturbed person’s mental and emotional state is addressed, is the best strategy for stopping the next Nikolas Cruz. 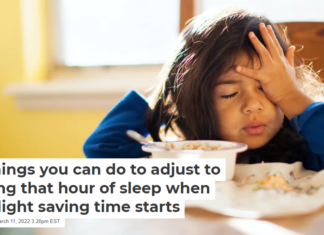