By Shaunna Morrison, University of Arizona

“All systems go!” I said cautiously with a long sigh of relief. I had approved plans for the first soil analysis that would give humankind clues to the past and future habitability of Mars.

One small word for man, perhaps, but I still faced a long night of command sequencing that would determine the success or failure of this operation. Only days later, the groundbreaking result would be transmitted back to earth: the first X-ray diffraction pattern from a world other than our own.

I know what you’re thinking: this is not a normal day-in-the-life of a mineralogy graduate student. And you’re right about that! I never dreamed that my love of rocks, crystals, and the atomic scale would lead me to be part of a NASA mission, let alone one as important as the Mars Science Laboratory.

Yet, beginning my second year of graduate school, I found myself at the NASA Caltech Jet Propulsion Laboratory (JPL) sitting side-by-side with NASA personnel and an esteemed cadre of international scientists, watching the harrowing “seven-minutes-of-terror” landing of the largest and most advanced rover ever sent to another planet.

Now that the Curiosity rover had safely landed, I was conducting science that would change our view of the universe.

CheMin funnel for intaking samples of dirt and rock for analysis.
NASA/JPL-Caltech/MSSS

On board the Mars rover is an instrument called CheMin – for Chemistry and Mineralogy. CheMin is the first X-ray diffraction instrument ever sent to space. It shoots X-rays at rock and soil to figure out which minerals they contain, giving us important clues about what Gale Crater, Mars was like millions and even billions of years ago. The Mars Science team also studies other factors that help piece together the life-on-Mars-puzzle: what is in the air, how much radiation is coming from the sun, and how much water is in the soil?

How do I fit in to all of this? My mission ops role is a CheMin instrument Payload Uplink/Downlink Lead. So yes, my role is fondly referred to as “poodle” based on its acronym PUDL. As PUDL, I operate the instrument on board Curiosity and also download and evaluate data transmitted back to earth.

The first time I sat in the command center, I was mesmerized. Here instrument operators, plan managers and engineers worked together to develop a single, cohesive plan that would be sent to Curiosity.

After Curiosity landed on August 5, 2012, the MSL Science Team and engineers lived in Pasadena, CA and worked at JPL for the first 90 Mars days. A day on Mars is referred to as a “sol” because it actually lasts a little longer than a day on earth: 39 minutes and 35 seconds longer, to be precise.

That small difference had a dramatic effect on the crew of earth-dwellers attempting to work on Mars time. Earth time and Mars time are almost always out-of-sync, which means that while our work day starts at 9 AM one day, three weeks later it will start at around 9 PM and it’ll be 3 AM after a month. For the first 90 days, our schedules rotated around the clock in this fashion. Needless to say, combining seven days a week of long shifts (16-18 hours, at times) with Mars time meant we all drank a lot of coffee.

To communicate with the rover, we use a relay-system involving the Mars Reconnaissance orbiter and the Mars Odyssey orbiter. When one of the Mars orbiters is positioned closest to earth, we send data to it. Then, when that orbiter flies over the Mars rover, it sends the transmission. In all, it takes about 14 minutes for Curiosity to receive a message from earth. We simply reverse the process to receive information from the rover.

Photo by Curiosity of some of Mars’ layered geological history.
NASA/JPL-Caltech/MSSS

After 90 sols, we transitioned to earth time and moved back to our respective home institutions – the University of Arizona Department of Geosciences, in my case. The team still works together just as we did at JPL, but now we operate remotely. Using screen-sharing software, we create our daily plans and the meetings go exactly as they did when we were all in the same room together. On the teleconference line, each PUDL can discuss or change the plan and will still give his or her “Go!” to approve that day’s activities.

Going in to work everyday takes on a new meaning when your office is on Mars. Working on the Mars Science Lab team has been the most exciting time of my life. Exploring the unknown and searching for answers to the universe’s biggest questions – this is what dreams are made of. My dreams, at least.

Shaunna Morrison does not work for, consult to, own shares in or receive funding from any company or organisation that would benefit from this article, and has no relevant affiliations. 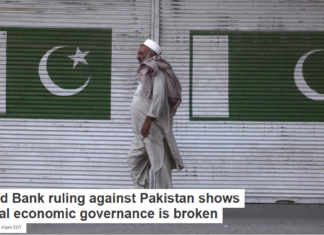 What is the Fed taper? An economist explains how the Federal...