Over the decade since the Deepwater Horizon spill, thousands of scientists have analyzed its impact on the Gulf of Mexico. The spill affected many different parts of the Gulf, from coastal marshes to the deep sea.

At the Center for Integrated Modeling and Analysis of the Gulf Ecosystem, or C-IMAGE at the University of South Florida, marine scientists have been analyzing these effects since 2011. C-IMAGE has received funding from the Gulf of Mexico Research Initiative – a broad, independent research program initially funded by a US$500 million grant from BP, the company held principally responsible for the spill.

Our findings and those of many other academic, government and industry researchers have filled two books. These works seek to quantify the past and future impacts of oil spills, and to help prevent such accidents from ever happening again. Here are some important findings on how the Deepwater Horizon disaster affected Gulf of Mexico ecosystems.

Oil in fish and sediments

Before the spill, baseline data on oil contamination in fishes and sediments in the Gulf of Mexico did not exist. This kind of information is critical for assessing impacts from a spill and calculating how quickly the ecosystem can return to its previous, pre-spill state. Oil was already present in the Gulf from past spills and natural seeps, but the Deepwater Horizon was the largest accidental spill in the ocean anywhere in the world.

C-IMAGE researchers developed the first comprehensive baseline of oil contamination in the Gulf’s fishes and sediments, including all waters off the United States, Mexico and Cuba. Researchers spent almost 250 days at sea, sampling over 15,000 fishes and taking over 2,500 sediment cores.

Repeated sampling from 2011 through 2018 of the region around the spill site has produced estimates of how quickly various species are able to overcome oil pollution; impacts on the health of various species, from microbes to whales; and how fast oil stranded on the bottom has become buried in sediments.

Importantly, no fish yet sampled anywhere in the Gulf has been free of hydrocarbons – a telling sign of chronic and ongoing pollution in the Gulf. It is not known if similar findings would result from ecosystem-wide studies elsewhere because such surveys are rare.

Many commercially important fish species were affected by the Deepwater Horizon disaster. Researchers found skin lesions on red snapper from the northern Gulf in the months after the spill, but the lesions became less frequent and severe by 2012. There is other evidence of ongoing and increasing exposures to hydrocarbons over time in economically and environmentally important species like golden tilefish, grouper and hake as well as red snapper.

Increasing concentrations of hydrocarbons in liver tissues of some species, such as groupers, suggest these fish have experienced long-term exposure to oil. Chronic exposures have been associated with the decline of health indices in tilefish and grouper.

Fishes that live in deeper waters, from depths of about 650 to 3,300 feet (200 to 1,000 meters) were also affected. These fish are especially important because they are a food source for larger commercially relevant fish, marine mammals and birds.

Researchers found increased concentrations of polycyclic aromatic hydrocarbons – chemicals that occur naturally in crude oil – in fish tissues after the spill. In 2015-2016, PAH levels were still higher than pre-spill levels. Evidence indicates that the main sources of this contamination are through fishes’ diets and transfers from female fish to their eggs.

Oil on the sea floor

Much of the oil released in the spill created huge slicks at the water’s surface. But significant quantities of crude oil also were deposited at the bottom of the deep sea.

It was carried there by marine snow – clumps of plankton, fecal pellets, biominerals and soil particles washed into the Gulf from land. In a process that occurs throughout the world’s oceans, these particles sink through the water column, transporting large quantities of material to the sea floor. In the Gulf, they attached to oil droplets as they descended.

During the spill, responders set parts of the massive surface slick on fire in an effort to prevent it from reaching beaches and marshes. Crude oil contains thousands of different carbon compounds that become more toxic after they are burned. Post-spill studies showed that these compounds can be trapped in marine snow, covering the seabed and harming organisms that live there.

Researchers coined the term MOSSFA (marine oil snow sedimentation and flocculent accumulation) to describe this mechanism for deposition of significant oil on the seabed. Thanks to this research, MOSSFA has been incorporated into models that U.S. government agencies use for oil spill response. C-IMAGE researchers have also developed methods to predict the intensity of MOSSFA if a similar-sized oil spill occurs anywhere in the world.

Post-spill studies found that levels of oil compounds on the seafloor in the area affected by the spill were two to three times higher than background levels elsewhere in the Gulf. Sediment cores taken from around the wellhead showed that the density of minute single-celled organisms called foraminifera, which are abundant throughout the world’s oceans and are a food source for other fishes, squids and marine mammals, declined by 80% to 90% over 10 months following the event, and their species diversity declined by 30% to 40%.

Oxygen levels in these sediments also decreased in the three years following the spill, degrading conditions for organisms living at the sea floor. As a result of changes like these, researchers project that it will take perhaps 50 to 100 years for the deep ocean ecosystem to recover.

More transparency from the oil industry

Scientists are still assessing key questions about the Gulf’s ecological health, such as how long it will take for deep ecosystems to recover and what the lasting impacts are of episodic pollution events on top of chronic exposure. But here are some steps that would make it easier to measure both chronic effects of oil pollution and impacts from large-scale spills.

Today, the only discharge that offshore oil and gas producers are required to measure is from “produced water” – natural water that comes up from beneath the sea floor along with oil and gas. And they are only required to report its hydrocarbon concentrations, even though the water can contain metals and radioactive material.

In our view, they should also be required to routinely monitor oil contaminants in water, sediments and marine life near each platform, just as wastewater treatment plants periodically gather data on what they are discharging. This would provide a baseline for analyzing impacts from future spills and for detecting leaks hidden from the surface.

Researchers would also like to see more transparency in data sharing about the industry – including routine equipment failures, other discharges such as drilling muds and other operational details – and greater U.S. engagement with Mexico and Cuba on oil exploration and spill response. As oil and gas production moves into ever-deeper waters, the goal should be to respond faster, more effectively and with a better understanding of what’s happening in real time. 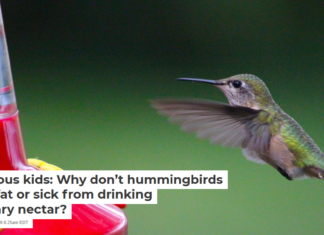 Staff Writer - August 23, 2019
Jessica Pollock, Boise State University Curious Kids is a series for children of all ages. If you have a question you’d like an expert to...

Women are rising in the conservation movement, but still face #MeToo...