By Steven Vass, The Conversation

Britain’s most significant political event of 2014 takes place on September 18, when the people of Scotland will vote on whether it should become an independent country. It is a referendum with massive implications for the future of the European Union as well as the 307-year-old UK.

The Conversation has assembled a panel of Scotland’s smartest academic minds from a range of disciplines including history, economics, politics, media, literature and business to analyse and comment on the final months of a campaign that promises to be dramatic and divisive.

Every week members of the Scotland Decides ’14 panel will consider referendum developments and issues. The first regular piece is published today. There will also be specials and stand-alone reaction pieces in the run-up to, and on the night of, September 18.

A professor of politics at Aberdeen, Michael Keating is also a part-time professor at the University of Edinburgh. Keating has advised local governments in Scotland and Canada, the Scottish government, the Scottish parliament and the European Commission. He is also director of the Scottish Centre for Constitutional Change, a consortium of teams from five institutions to examine the issues arising from the Scottish constitutional debate.

A senior lecturer in history at GCU, Karly Kehoe, completed her PhD in history at the University of Glasgow in 2005. Her special areas of interest include the Scottish and Irish diasporas, the history of Catholicism and identity and citizenship in the British world. Kehoe is the managing editor of Britain and the World and was a visiting fellow of Yale’s Beinecke Library in 2012.

An award-winning broadcaster, writer and journalist, Lesley Riddoch writes weekly columns for The Scotsman and Sunday Post and is a regular contributor to The Guardian, Newsnight Scotland and Scotland Tonight. Riddoch is founder and director of Nordic Horizons, a policy group that brings Nordic experts into the Scottish Parliament. She is completing a PhD at Strathclyde and Oslo Universities comparing Norway and Scotland.

Head of economics at Aberdeen, David McCausland’s principal research interests are the economics of health, labour and transport; and macroeconomic modelling. In August 2010 he was appointed director of learning and teaching in the the University of Aberdeen Business School. He is also the university’s director of IT.

Jo Armstrong is an independent economist and researcher at Glasgow University’s Centre for Public Policy for Regions (CPPR) and an honorary professor of public policy at the university’s Adam Smith Business School. She was a senior civil servant with Scottish Executive in the early 2000s. Armstrong has worked in Scotland’s oil & gas sector and has been an energy economist with RBS.

Trevor Salmon set up the Department of International Relations at University of St Andrews before becoming professor of international relations at Aberdeen. He also spent six years teaching at the College of Europe in Belgium and Poland. His research interests include European Union policy making and European security.

One of the UK’s leading psephologists, John Curtice is professor of politics at the University of Strathclyde. He is a longstanding consultant to social attitudes research institute ScotCen, through which he co-edits the British and Scottish Social Attitudes Surveys. A regular broadcaster and contributor to newspapers, Curtice is also president of the British Polling Council and vice-chair of the Economic and Social Data Service’s Advisory Committee.

Arthur Midwinter is a visiting professor at Edinburgh’s Institute of Public Sector Accounting Research and a former professor of politics at University of Strathclyde. Midwinter is chair of Scottish Labour’s Welfare Commission which is putting together a series of proposals for the future of Scotland.

Professor Chris Whatley is one of Scotland’s most distinguished historians. He is the author of the award-winning book, The Scots and the Union, which has just published its second edition this year. His main interests are in Scotland’s relationship with England and the rest of the UK, and Scottish society from the 17th century.

The programme leader in journalism at Edinburgh Napier, Kate Smith’s specialisms include media and politics, human rights (including food security), literary journalism and conflict reporting. She was a short-term fellow at the Nieman Foundation for Journalism, Harvard University, 2013-2014.

Neil Blain is director of the University of Stirling’s Media Research Institute and a director of learning and teaching in the School of Arts and Humanities. Professor Blain makes regular radio, television and press contributions. He has given evidence to various media inquiries and commissions, including appearing as a witness at Westminster and Holyrood.

John McKendrick is a senior lecturer at GCU. His main research interests are poverty, Scottish anti-poverty policy and children’s play. He is on the advisory group for the review of the Scottish Government’s Scottish Index of Multiple Deprivation and has published Poverty in Scotland 2014: The Independence Referendum and Beyond. 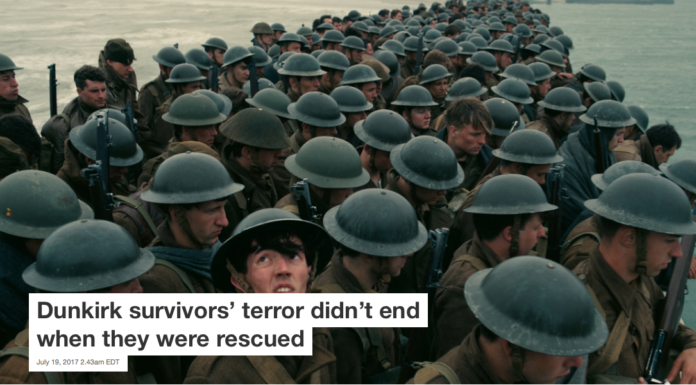 Deep sea carbon reservoirs once superheated the Earth – could it happen again?