Many ancient cultures once believed that the world rested on the back of a giant sea turtle. This idea might seem far-fetched today, but for a diverse range of marine organisms, it’s reality. Collectively known as epibionts, these organisms make their homes on the backs of marine animals such as crabs, whales and sea turtles. These epibionts range in size, from microscopic plants called diatoms that are just a few hundredths of a millimeter across to fish called remoras than can grow to lengths of 75 centimeters. As scientists, we are finally starting to unlock the secrets of these mysterious hitchhikers.

Recently, my colleagues and I described the communities of epibionts living on three species of sea turtle in Las Baulas National Marine Park. Our work on the Pacific coast of Costa Rica is part of a broader effort from scientists worldwide to characterize the epibiont communities of all seven sea turtle species throughout the Pacific, Atlantic and Indian oceans.

As we fill in the knowledge gaps about how sea turtle epibionts vary globally, we hope to figure out if and why different sea turtles from different geographic areas host different epibiont communities. Furthermore, it’s becoming clear that the creatures found on each sea turtle can tell a story about where that turtle has been and what it was doing there . The information encoded in each sea turtle’s unique set of hitchhikers can, in turn, help guide management decisions to protect these animals during their lives at sea.

Who are these hitchhikers?

Sea turtles spend almost their entire lives in the water – this is where they feed, breed and sleep. But every few years, adult sea turtles migrate from their feeding areas to sandy tropical beaches where they lay their eggs. These migrations are among the longest in the animal kingdom, and sea turtles can cross entire ocean basins just to reach their preferred nesting beaches. Luckily for us, when sea turtles emerge onto land to nest we have a unique opportunity to work with these animals up close.

The three species that we examined for epibionts were the leatherback, olive ridley and green turtle. Many epibionts smaller than a millimeter in size and may be tucked away in difficult-to-reach places – under the shell at the base of the tail or in old scar tissue, for instance. But with persistence, we were able to uncover diverse ensembles of these tagalongs on the nesting sea turtles.

There were colonies of miniature shrimp-like amphipods with hooks at the end of their limbs for gripping onto the sea turtle. We currently think these animals graze on the algae that also grows on a sea turtle’s carapace.

In a subsequent study at the same location that is not yet published, we even discovered large isopods. These guys look like woodlice, with huge black eyes. They feed on the skin of living turtles.

Sea turtles have a complex relationship with their epibionts. Sea turtles might be directly harmed by some epibionts, while benefiting from others. In some instances, it might even be a bit of both. For example, barnacles can encrust over the turtle’s nostrils or eyes, yet they can also potentially provide camouflage. Indeed, a sea turtle resting on the sea floor with a shell covered in barnacles could very easily be mistaken for a rock.

Each epibiont has its own story to tell

In our study in Parque Nacional Marino Las Baulas, we statistically demonstrated for the first time that different sea turtle species do indeed have unique epibiont communities.

What is particularly interesting about this finding is that all three sea turtle species we sampled were from the same nesting area. Marine biologists believe epibionts attach to their sea turtle hosts in specific environments. If they were climbing aboard at the nesting site that these three turtle species share, then we’d expect the sea turtles to have similar epibiont communities.

Since they don’t, our data suggest the epibiont communities of these three sea turtle species are more reflective of where the turtles were feeding than where they nest. This discovery could help scientists worldwide uncover the secrets behind the epic migrations sea turtles make between their nesting beaches and the feeding habitats.

For example, say we know a particular epibiont species attaches to sea turtles only while they’re feeding in coastal lagoons. If we then spot a sea turtle anywhere in the world with this species of hitchhiker, we know it’s likely to have passed through a coastal lagoon sometime in the recent past.

In this way, we can start to think of epibionts as tiny data-loggers that can tell us about the movements and behavior of the sea turtle host. This kind of information can help guide management decisions that affect sea turtle conservation.

The largest threat sea turtles currently face worldwide is ending up as by-catch. Every year, hundreds of thousands of sea turtles are incidentally caught on hooks or entangled in nets intended to catch commercially harvested fish species.

The information we get from sea turtles’ epibionts could help alleviate this problem. With better knowledge of sea turtle movements based on their epibionts, we can start to fish in a more informed way. We can design strategies to avoid sea turtle hot spots, while ensuring that fisheries are still able to catch their desired commercially harvested species.

And of course, any efforts to protect sea turtles will also directly benefit their epibiont hitchhikers. Indeed, an epibiont’s fate is inescapably tied to that of its sea turtle host. This is of particular concern in certain sea turtle populations, such as the East Pacific leatherback turtle, which has declined by 98 percent in less than three decades. As this population teeters on the brink of extinction, so do many of its epibionts.

Epibionts and sea turtles have coexisted for millennia. While it could be said that these epibionts have just been along for the ride, it now seems they could play a crucial role in designing conservation management plans for sea turtles. Far from being passive bystanders in their own decline, these epibionts could be the sea turtle’s saviors if we use just a little human ingenuity. 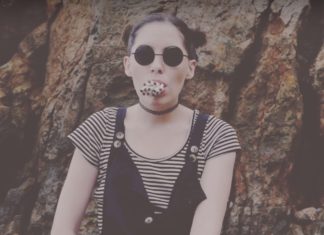 Antonio Beliveau - August 26, 2016
It’s got a great hook, and Bishop’s vocals are effective, straight, and free from the ‘American Idol’ syndrome, which we all know and hate so much.