Investors are anxiously waiting for Netflix’s half-year results, and for good reason. The share price of the TV-streaming giant has skyrocketed from US$158 to US$396 within the last 12 months, light years ahead of the S&P 500 average. Most recently, a stellar quarterly earnings report in April raised analysts’ and investors’ expectations about whether the company can maintain its growth trajectory.

With no less than 125m subscribers already in the bag, Netflix set its quarterly target at 1.2m more subscribers from the US and 5m from the rest of the world. Some analysts decided even this was conservative, publishing still higher growth expectations to justify the ambitious company valuation.

Yet there have recently been notes of caution in the air. First UBS downgraded its expectations, then Deutsche Bank said it was unsure about Netflix’s ability to meet or exceed its US subscriber growth target. A Macquarie analyst called for realism, arguing that “expectations have gotten ahead of themselves”. When you look at the broader picture, this remark does look realistic.

Netflix has done a remarkable job of reinventing itself from its original incarnation as a DVD sales/rental company founded in 1997, to the world’s leading streaming service. It has managed to differentiate itself from the competition largely by becoming a major producer of award-winning content like House of Cards, Orange is the New Black and Stranger Things.

Netflix’s commissions are based on a deep understanding of its subscribers’ viewing patterns and preferences. This has enabled the company to raise its charges despite the competition, and thus capitalise on the huge subscriber base. The aim for the next few years is for half of the entire library to be shows and films made exclusively for Netflix. In 2018 alone, the company is expected to spend US$12 billion to US$13 billion on new content – way ahead of the US$8 billion that was previously planned.

This has created a service second only to HBO in terms of worldwide subscriber numbers (and a large part of HBO’s 142m total base is US customers who buy its package of channels via cable networks). Netflix’s approach to streaming is different to many other players in the market. We can broadly split the rest of the contenders into three categories: bundlers, broadcasters and big content giants:

Amazon’s streaming service is “bundled” into its Amazon Prime offering, which gives Amazon’s retail customers a whole raft of benefits ranging from cheap nappies to faster delivery times. Offering video and music streaming as a complex bundle of products and services has important competitive implications.

It means Amazon is potentially able to run the streaming service at a loss, provided it can create sufficient margins elsewhere in the service. This makes it easier for Amazon to put other streaming providers under pressure with low subscription charges. Amazon Prime is Netflix’s nearest streaming rival with around 100m subscribers worldwide.

Most broadcasters offer streaming as an add-on to their existing TV or cable TV offering. Such offerings can be without additional cost to the consumer, such as the BBC iPlayer, or part of a subscription model, such as the HBO Now offering.

Similarly to Netflix, these companies also compete by offering unique content. For free broadcasters, it’s a means of maximising the size of their audience – whether for public service or for the benefit of advertisers. For the likes of HBO, it’s a way of tapping into customer segments they would otherwise not capture with their traditional cable TV service.

In future, the market for streaming services is set to get even more contested as production giants move in. I’m thinking particularly of Disney, which is on track to launch its own streaming service next autumn.

Streaming providers already pay a substantial share of revenue in fees to major producers for the rights to blockbusters like Frozen or the Toy Story franchise, but Disney for one has decided it can do better. It will end its exclusive supply deal with Netflix once its own service launches. It has not yet said if the Star Wars and Marvel movies will be included, but Disney’s move is clearly a major blow to Netflix.

Netflix’s decision to bet on unique rather than licensed content looks like the right decision in this context. Yet it faces a challenging future. Apple is also due to launch a streaming service next year and has been spending upwards of US$1 billion on original content in preparation. Spotify and Hulu also recently announced a tie-up to offer a combined video and music streaming service.

From Netflix’s point of view, there is arguably little room for growth in the core US market, with almost one in every two households already signed up. It dwarfs Comcast and DirecTV, the largest respective cable and satellite providers in the market, who have little over 20m US subscribers each. Netflix is already putting more emphasis on productions in different languages to maximise the international appeal of the business. Commendable on one level, investing in more “regional” content that might not find mass appeal may be a problem for profitability.

Netflix is experimenting with additional routes to market to increase its subscriber base in other ways. One is joining the “bundlers” via a collaboration with Comcast, in which Netflix is being offered as an added attraction to Comcast pay-TV subscribers. Netflix recently did a similar deal with BSkyB for the UK and Europe.

At the same time, Netflix’s current source of success has created an additional major challenge for the future. It has managed to differentiate itself with superb content in a market that is incredibly fast-moving and constantly looking for innovation. Subscribers expect Netflix to deliver innovative shows that they can binge watch. The company is looking at a potentially vicious circle of high content costs and fast content consumption. If it is going to defend its position, it is going to have to continue to spot great new stories and turn them into essential viewing. 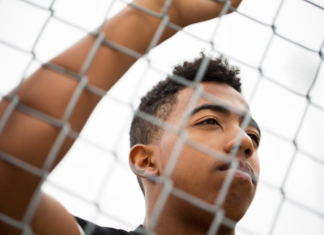 Staff Writer - April 29, 2018
Samuel Song, University of Nevada, Las Vegas When two black men were arrested at a Philadelphia Starbucks where they had been waiting for a business...