Twenty-four to 48 hours after birth, every newborn in the U.S. will have a few drops of blood drawn and sent to a lab to be screened for hidden and potentially life-threatening disorders. This process, known as universal newborn screening, is one of the most successful public health efforts in the 20th century.

Based largely on identification of abnormal chemicals or proteins in the blood of newborn babies, state-run programs currently are capable of testing for approximately 30 primary life-threatening conditions. Examples include phenylketonuria, congenital adrenal hyperplasia, cystic fibrosis and sickle cell anemia, and additional ones that can affect the overall health of the baby. Of the 4 million newborns screened annually in the United States, one out of every 300 will test positive for one of these conditions.

Together, we lead the the divisions of newborn medicine and medical genetics, and we have seen evidence from our own work and the medical literature that rapid diagnosis and treatment make all the difference between health and disability – or even life and death.

We are now entering into a new era of newborn screening. Rapid advances in whole genome sequencing enable facilities to analyze all of a newborn’s genes simultaneously and return results within days rather than months for slightly more than US$1,000 per genome. This provides a unique and relatively inexpensive opportunity to detect hundreds of disorders that would otherwise cause illness, requiring expensive, prolonged hospital care or death within the first year of life.

You might wonder who is a candidate for this high-tech analysis. We agree that neonatal intensive care units that offer the most complex level of care are best suited for early adoption of whole genome sequencing. Many patients admitted to these units are suffering from life-threatening genetic disorders, many of which are not detected by the current newborn screening process.
Consequently, this can result in a diagnostic odyssey that can be futile, painful and frustrating for parents and staff.

Whole genome sequencing can speed up the diagnosis of babies suspected of having a genetic disorder. This can have a profound influence on clinical outcomes. Such was the case for a NICU patient with significant muscle weakness that affected the ability to breathe, move and breastfeed. Standard genetic testing that screens only for known muscle disorders failed to yield a diagnosis. By using a rapid gene sequencing approach, the medical team identified a rare but treatable condition that caused the patient’s symptoms: a mutation in the Collagen Type XIII Alpha 1 Chain gene.

Early diagnosis prevented the need for unnecessary and painful diagnostic procedures. The whole genome sequencing also had an unexpected benefit for the baby’s family. The discovery of the genetic mutation enabled the diagnosis of the patient’s two-year-old sibling, who was in a chronic care facility with similar symptoms caused by an identical mutation. In both cases, treatment led to an improvement in their condition, enabling both of them to be discharged from hospital. Knowing the mutation causing this disorder will also be useful information should the parents choose to have more children.

The success of several rapid genomic screening trials involving critically ill newborns and older pediatric patients has prompted plans by the U.K.’s health service to provide whole genome sequencing for any critically ill baby or child in England admitted to an intensive care unit with unexplained symptoms. The program will begin in 2020. This decision follows a successful whole genome sequencing project at the U.K.’s Addenbrooke’s Hospital and Cambridge University where one in four children in intensive care were discovered to have a genetic disorder.

Although a parallel revolution in genetic testing is taking place in the U.S., our work has led us to believe there is cause for caution as well as optimism for including whole genome sequencing as part of the newborn screening process. Unlike the government-run health care system in the U.K., the U.S. Constitution grants each state the power to enact health care programs that best serve the interests of the public.

However, any state-mandated medical policy must also consider the individual’s constitutionally protected rights to personal autonomy. In the case of the newborn, the state does have the right to authorize newborn screening despite parents’ objections. That is because it is designed and proven to protect the child from serious harm.

This raises a particular concern for inclusion of whole genome sequencing, as we do not yet fully understand which variations in a gene are normal for a population versus those that cause disease. Thus, the ability to distinguish disease-causing from benign variants in all genes screened must be established before whole genome sequencing can be mandated for newborn screening programs.

Other issues that must be considered include: Who will pay for testing? Who will have access to the information? Where and how long will results be stored? And, will testing be accessible to every newborn, limited to only critically ill patients, or performed as a mandatory part of the newborn screening?

What is clear to us however, is that even with these unresolved issues, adopting rapid whole genome sequencing as a screening tool for critically ill babies in the NICU will save lives. 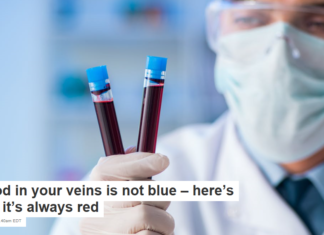 Medical examiners and coroners have borne a heavy burden during the...