The film Pride, which won the Queer Palm Award at this year’s Cannes Film Festival, is based on the true story of what seems to be a rare occurrence in human history: two oppressed groups (in this case, gay rights activists and striking miners in 1980s England) working together to advance the rights of both.

The norm, so the narrative goes, is the opposite, where the disadvantaged see one another as adversaries – fighting for the same meager piece of the pie – rather than working together as struggling fellow travelers.

Why do oppressed groups clash?

This occurs due to a number of psychological and social factors, which include proximity and differentiation. In the case of proximity, we focus on those closest to us in status, worrying that they will threaten our own standing. With differentiation, one minority group strives to improve its lot by contrasting itself with another minority group, as Noel Ignatiev argues in his book How the Irish Became White.

Such conflicts between oppressed groups have not merely developed organically in American history. Our political and social hierarchies have, in many cases, encouraged them. This is the case in the long, fraught history of poor whites and African Americans in the South, particularly in the decades after the Civil War. As historian C. Vann Woodward writes in his book Origins of the New South, 1877-1913, “it took a lot of ritual and Jim Crow to bolster the creed of white supremacy in the bosom of a white man working for a black man’s wages.”

And there’s no shortage of other historical and contemporary examples of such conflicts, whether it was divisions over race and slavery within the mid-19th century women’s rights movement or African American churches’ advocating on behalf of California’s anti-gay marriage Proposition 8.

American history, however, provides several inspiring alternative narratives, less well-known stories that illustrate the capacity to work together toward something shared and transformative.

Ex-slave and abolitionist Frederick Douglass provided support of the American women’s rights movement. In 1977, Asian American activist Yuri Kochiyama occupied the Statue of Liberty as an expression of solidarity for Puerto Rican independence.

One historical moment from the mid-19th century serves as a particularly poignant illustration of the generosity of one oppressed group towards another. By 1847, the Native American Choctaws had experienced nearly two decades of suffering. Sixteen years prior, Andrew Jackson’s Indian Removal policy had forced the tribe from their ancestral homelands in Mississippi. They then endured the infamous Trail of Tears, marching more than 2,000 miles during one of the harshest winters ever recorded in the region. Many perished, and the remainder arrived to brutal and unfamiliar conditions in Oklahoma, where they were left to rebuild a new community and life.

The tribe’s survival was still tenuous when, in the mid-1840s, word of the devastating Irish potato famine reached the United States. It would have been easy – and entirely understandable – for the Choctaw to ignore these distant strangers, to focus only on their own continuing struggles.

Instead, the Choctaw had a very different response: collecting donations of whatever its members could spare (if not, indeed, more than they could). Eventually, the tribe pooled $170 (more than $5,000 today) to send across the ocean to those hardest hit by the famine.

This forgotten moment of transatlantic charity has nonetheless echoed through history: in Dublin, where a plaque at the Lord Mayor’s Mansion commemorates the Choctaw’s donation, and in a 1998 children’s book The Long March: The Choctaw’s Gift to Irish Famine Relief, by Mary-Louise Fitzpatrick.

Remembering these alternative histories allows us to see the events portrayed in Pride as an illustrative recent example. During the National Union of Mineworker (NUM)’s 1984-1985 strike, the Thatcher administration froze the union’s assets, crippling its ability to distribute money to the increasingly impoverished miners and their families.

In response, at the 1984 Lesbian and Gay Pride March in London, activists Mark Ashton (whose father worked in the textile industry) and Mike Jackson began collecting donations to support the striking miners. Their efforts were so successful that they went a step further, forming an organization – Lesbians and Gays Support the Miners (LGSM) – that spawned multiple regional chapters and held numerous successful events and fundraisers. Overall, the organization raised more than 20,000 pounds for the miners’ families.

As the story evolved, these cross-communal efforts became reciprocal. Miners and other labor groups became involved in gay rights campaigns; NUM voting at the 1985 national Labour Party conference helped produce the first party resolution supporting gay rights; and labor groups continued to ally with gay rights activists in subsequent years, such as in their opposition to the infamous anti-gay Section 28 of the Local Government Act (1988).

In this case, the solidarity between these two oppressed communities was as symbiotic as it was inspiring.

Ben Railton does not work for, consult to, own shares in or receive funding from any company or organisation that would benefit from this article, and has no relevant affiliations. 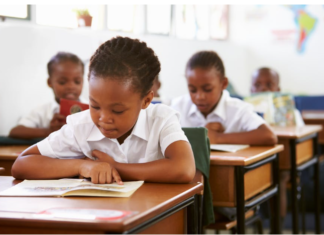 Staff Writer - May 17, 2018
Jerry Rosiek, University of Oregon Despite all the time and effort invested desegregating the nation’s schools over the past half century, the reality is America’s...

A water strategy for the parched West: Have cities pay farmers...