When numbers of any sort are presented in mathematics, science, business, government or finance, it’s fair to say a reader assumes that the data are reasonably reliable to their last digit.

But presenting data to more digits of accuracy than is appropriate from the context can be deeply misleading, conveying much more reliability than is really present in the data.

If a light bulb is listed as using 40 watts, then its actual usage is certainly not 20 or 60 watts, but presumably between 39 and 41 watts. Or if the average interest rate paid on a set of securities is listed as 2.718%, then a reasonable reader presumes that the actual figure is between 2.717 and 2.719%.

The total number of significant digits can vary widely, depending on context. Some studies require enormous precision — we have published research studies requiring numbers to be computed to tens of thousands of digits. In other contexts, only one or two digit accuracy is appropriate.

We had a good chuckle recently at a press report from November 6 on the latest release of OPEC’s World Oil Outlook which noted that:

It’s hard enough to anticipate the price of oil even a few months ahead — few (if any) analysts foresaw the huge drop in oil prices in October 2014.

Any such predictions of future commodity prices (or stock prices, for that matter) are dependent on a large number of factors from costs of exploration, refining and shipping, to highly hard-to-quantify effects such as natural disasters, international political events and economic reversals.

What’s more, the technology of energy generation is changing rapidly and could drastically affect future oil prices. Already, fracking technology has dramatically increased US oil and natural gas output. This has been a major factor for the recent paradoxical drop in oil prices, in spite of horrific political developments in the Middle East and Russian imperial behaviour in the Ukraine.

In any event, we question the wisdom of repeating these figures – to the same precision – in press reports. Journalists really should have written something along the lines of:

Another reminder of the vagaries of data in the international arena was the November 7 monthly release of employment data by the US Bureau of Labor Statistics.

In other words, an additional 31,000 people had found work, a fact not mentioned in most press reports we read.

While such adjustments are routine for US employment reports, they underscore the futility in reading too much precision into the monthly released figures — they invariably will be further refined. So shouldn’t this fact be more clearly communicated by the press?

Other dubious digits in the news

While on one hand, we were pleased to see the number pi (= 3.1415926535 … ) once again in the news, nonetheless it is completely unrealistic to think that the American population can truly be pinned down even to within one million persons, much less to a single soul.

Census figures are notoriously disputable, due to factors ranging from the influx or outflow of undocumented workers, to the reluctance of some ethnic or high-risk groups to respond to any census data collection.

But this is hardly a disease limited to North America.

The European Commission’s financial framework for 2014-2020 lists its total budget as €959,988 million, the sum of similarly precise figures for each of the seven years. These figures are compared with similar figures for the period 2007-2013, also given to five- and six-digit precision.

Is this sort of data ever reliable to this level of accuracy? And even if it is (which we doubt), what is the point of presenting such data to six-digit accuracy in a public overview statement?

While we mathematicians are amused by examples such as those listed above, presenting data to appropriate levels of precision is serious business. This is particularly true in public press communications, business, finance and science policy where readers may not fully understand the context and might reasonably be misled.

In particular, falsely precise predictions and/or projections undermine the whole rationale of scientific estimation. It is essential that authors and producers of such data only present it to levels of accuracy that can truly be rigorously justified. Otherwise, one is engaging pseudoscience at the very least.

David H. Bailey does not receive any funding from any organization that would benefit from this article. 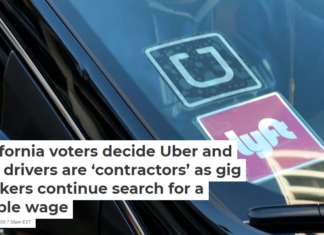 Staff Writer - November 4, 2020
Juliet B. Schor, Boston College Uber, TaskRabbit and other ride-hailing and delivery service companies in California can keep classifying their workers as independent contractors rather...

When dogs bark, are they using words to communicate?