Editor’s note: Financial markets across the globe have plunged repeatedly in recent weeks over concerns about the growing economic toll from the coronavirus pandemic, on some days falling over 10%. This has raised the question of whether governments should shut down their stock markets until the panic subsides. We asked Jonathan T. Fluharty-Jaidee, a finance expert at West Virginia University, what measures financial exchanges have to stem panic selling and whether he believes a shutdown would be a good idea.

1. What measures prevent a free fall in prices?

Most financial markets around the world have so-called circuit breakers that are triggered when overall prices drop by a certain magnitude.

For example, if the price of the Standard & Poor’s 500 index falls 7% from its previous close, trading of all stocks on the two major U.S. stock exchanges – the New York Stock Exchange and the NASDAQ – is suspended for 15 minutes. If it drops an additional 6%, trading halts for another 15 minutes. If the S&P 500 drops a further 7% – for a total drop of 20% – then trading ceases for the day.

A 7% drop has happened several times in the current crisis, most recently just three minutes into trading on March 16 following the Federal Reserve’s surprise decision to cut interest rates to near-zero.

Additionally, there’s something known as the “limit up, limit down” rule, which set limits on how much any stock, exchange-traded fund or futures contract can go up or down in a five-minute period before triggering a temporary halt in trading for that security. This rule was created in reaction to the so-called flash crash in May 2010 in which a single algorithmic trade led to a 1,000-point intraday drop in the Dow Jones Industrial Average – at the time worth approximately US$1 trillion in market value.

2. Have these measures been triggered before?

The first and last time U.S. markets hit the circuit breaker – before this year – was during the Asian financial crisis on Oct. 27, 1997. This shows just how infrequent price changes of this magnitude are. Neither the dot-com crash of 2000 nor the 2008 financial meltdown triggered a circuit breaker.

It depends on what we mean by “work.”

Their intended purpose was to stop a deluge of traders selling assets at increasingly lower prices to get out before the market collapses entirely – and in effect contributing to that collapse.

This type of fear-driven run on the markets is dangerous: If no one is taking the buy position, it becomes a race to the bottom.

Since circuit breaks are rare and we don’t have lots of events to go on, it’s hard to say how effective they are. But so far, every time they’ve been triggered, stocks have rebounded the following day. That’s what happened in October 1997, and when the breakers were triggered on March 9 and March 12 of this year.

This suggests they were effective at ending panic selling – at least temporarily. They are not intended to prevent markets from continuing to go down. And research shows circuit breakers may actually increase market volatility in the days and weeks that follow. This means that while prices rebound the day following a trading halt, markets experience larger swings in prices over a longer period, which is generally seen as a bad thing.

And just because the halts have led to rebounds in the past doesn’t mean they’ll keep doing so.

4. So why not just shut down markets for a while?

The president does have the power to shutter markets in response to a crisis such as the COVID-19 pandemic.

In fact, the markets have been closed many times due to war, victory, deaths of presidents, the celebration of historical events of significance like the Moon landing and disasters, both natural or man-made. For example, the NYSE shut down for the week following the 9/11 terrorist attacks and closed for two days during Hurricane Sandy in 2012.

The longest shutdown on record was during World War I, when the the NYSE closed for four months beginning in July 1914.

Normally, however, the market remains open as much as possible even during periods of financial crisis, and the management of each exchange is responsible for determining whether there will be trading that day or not. The government, however, has broad powers in regulating commerce during national emergencies, which includes the ability to order a shutdown.

So should President Donald Trump order one?

There’s actually no research that I’m aware of on the efficacy of closing down stock markets during crises. But it’s important to understand that even when markets are crashing, investors usually prefer them to stay open so they can continue to trade.

Moreover, the U.S. holds a principal place in the financial world as a strong and active market for trading securities. If the market is closed too long, or for capricious reasons, it can give the signal that American markets are not free of government intervention and that they are unreliable.

While temporary halts to trading gives market participants time to parse information and make more levelheaded decisions, a shutdown could cause real damage to U.S. investments in the long run if they’re seen as less of a haven to global investors. 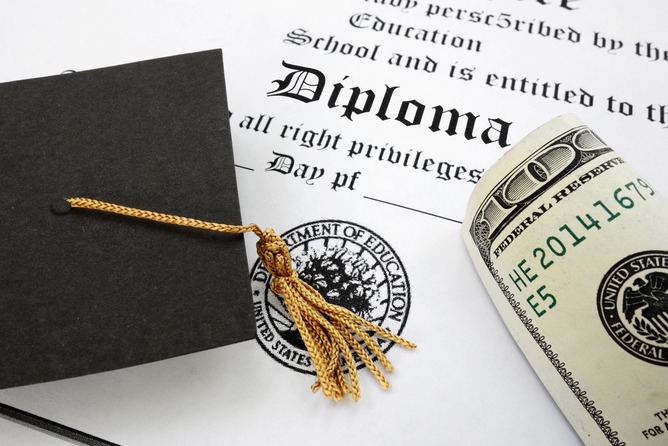 Staff Writer - December 24, 2014
By Robert Reich, University of California, Berkeley The early admissions deadlines for universities across the country have come and gone, and acceptance letters are on...