Nov. 11, or 11/11, has been celebrated as Singles Day – a sort of anti-Valentine’s Day for single people – since 1993. Chosen because its date has four ones in a row, the holiday originated in China and has become the largest shopping day of the year, in both online and offline retail sales around the world. It’s a signal of shifting power in the global retail sales market, moving away from the U.S. and toward Asia – specifically China.

Alibaba, the giant Chinese e-retailer that promoted the day as an opportunity – or excuse – for single people to treat themselves with new purchases, has seen its revenues on Nov. 11 grow from US$100 million in 2009 to 250 times that in 2017, $25 billion. And that was only two-thirds of total online sales that day.

Singles Day dwarfs the three other largest online retail mega-events. In 2017, Thanksgiving weekend online sales – including Black Friday and Cyber Monday – totaled $7.3 billion. The third, Amazon’s Prime Day, in 2017 took in $100 million an hour – but Alibaba raked in 10 times that amount on Singles Day that year.

Getting in on the action

By 2022, Chinese middle-class shoppers as a group are projected to both outnumber and outspend U.S. customers. Retailers around the world are seeking to take advantage of this growing Chinese economic power, offering their own Singles Day deals and even seeking to expand the day into a longer festival: Alibaba is keeping its discounts going for 48 hours, and its main Chinese competitor, JD.com, began an 11-day festival from Nov. 1 to Nov. 11 with a set of limited-time discounts that grossed $865 million in its first hour.

Global brands like Adidas, Mattel, Mondelez, Nike and Unilever participated in 2017 by offering deals on a variety of their products. JD.com teamed up with Tencent – another Chinese e-commerce behemoth – and Walmart to offer one another’s customers the same special deals on Singles Day 2017. In 2018, Alibaba subsidiary Lazada is offering Singles Day sales in six Southeast Asian countries.

Online or in store?

For 2018, Alibaba is promising special discounts on 1.5 million products in 3,700 categories, from 180,000 brands from China and 74 other countries. The company plans to fulfill much of the enormous order volume from its robot-automated warehouse where 700 robots will automatically pick up items and assemble packages for shipping to customers.

Many companies are working to develop their electronic customer base, particularly with mobile apps. But there is still big money in the real world.

Though landmark retailers like Sears and J.C. Penney are struggling in the U.S., the vast majority of global shopping is still done in-person, rather than online. Newer mega-retailers like Walmart, Target and Best Buy are thriving in the U.S. and elsewhere. Even pure e-commerce retailers such as Amazon are moving offline, opening cashierless Amazon Go stores and physical bookstores, buying Whole Foods, and partnering with Kohl’s to handle product returns.

In China, Alibaba has moved into physical stores, too, acquiring the InTime department store and mall chain and opening 60 Hema supermarkets that don’t accept cash and where customers’ food purchases can be prepared before they check out. The company has also set up 100,000 convenience stores as places where customers can try on products in augmented reality and pay with facial recognition systems.

The future of retail

Shoppers around the world want to be able to buy both online and in physical space, from any device and by any payment method – all while getting a high level of customization and service experience. This goes beyond the simple mechanics of telling a smart speaker like Amazon Echo, Google Home or Apple’s HomePod to order more laundry detergent.

Artificial intelligence systems are analyzing customers’ behavior, which can make routine shopping for items like facial tissues and soap faster and easier, by remembering what brands a customer likes, and how often to order refills. AI can also suggest products customers might want to buy, based on their previous purchases – as Amazon already does. That can make shopping for luxury products, splurges and gifts more fun and engaging. 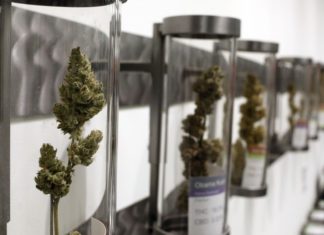 Fracking comes to the Arctic in a new Alaska oil boom

Looking for a high-tech gift for a young child? Think playgrounds,...