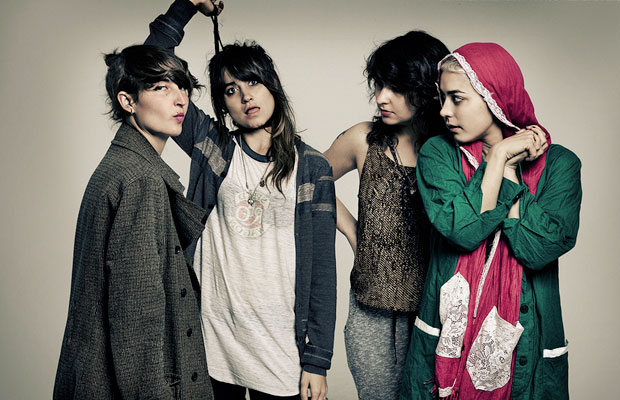 If you happen to live in and around the Silver Lake area in Los Angeles, most likely you’ve noticed billboards of Warpaint’s new album ‘Heads Up’. I’ll be the first to say that I am definitely not in the loop when it comes to new music, which is why I had never heard of the band until recently. Apparently they have been around since 2004, and have worked with a few members of RHCP, including John Frusciante who mixed and mastered the band’s debut EP, Exquisite Corpse.

What initially caught my attention about Warpaint is that it is currently comprised of four women (they have gone through other drummers, three men, and one other woman). I have always been intrigued by all-female-bands, and regardless of whether or not I like the sound of the band, I find myself internally saying, “hell yeah” when I learn of a new one (well a new one to me). In a space so heavily dominated by men, I’m all ears when it comes to all-female-groups. And I must say, I am enjoying this one very much.

Warpaint’s new single, “New Song,” has a soft, bouncy feel that’s easy to get into. Very cool synth sounds at the beginning and effortless vocals throughout. There’s a twinge of 80’s sprinkled in here and there. The first chorus hits quickly, which I always like. I also dig how they’ve cleverly inserted a synth-like melody underneath the chorus vocal melody in the later choruses, and both melodies play off one another really well. Although lyrically the chorus is quite repetitive, I don’t mind it. After all, that was one of The Police’s main tricks, and it seemed to work pretty well for them.

While I really enjoy the sound of the band, on the whole, I’m not immediately drawn in to the songwriting. I love when I hear a song and it’s as if someone’s hands are reaching out, grabbing me by the collar, and saying, “here’s something you’ve kind of heard before and really like, but I’m doing it my way and it’s rad…” Warpaint doesn’t really do that to me. Rather, this is definitely an aesthetic-driven band. They have a cool, indie vibe—musically and visually. It’s music that you can chill, eat, or drive to while having a conversation about what an actual debate between Bernie Sanders and Trump would look like. Oh brother…

I had a chance to watch some video of the band live in the studio at some radio station in Seattle, and this gave me a better look into more of a stripped down version of the band without all the vocal tuning and bells and whistles. And I must say, these gals can play! The band’s newest drummer, Stella Mozgawa, and long time bassist, Jenny Lee Lindberg are super tight and effortless. Theresa Wayman’s guitar playing is minimal and tasty. And Emily Kokal’s vocals are unpretentious and authentic.

As a new father to a beautiful baby girl, it is refreshing to see an all-girl-band kicking ass in the indie scene. If my daughter decides to pursue music (I secretly pray for a little drummer!), I hope that by the time she’s all grown up, there will have been more trailblazing all-female groups to inspire her. 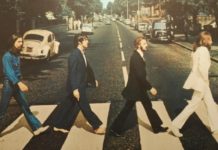 AI Writes a Beatles-Style Song: Cue the End of the Human Race 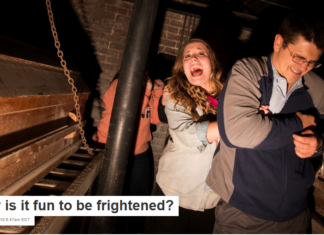