Social Security benefits make it easier for older Americans to afford the food they need to live a healthy, active life, according to our recently published research.

Although this finding may seem obvious, to our knowledge this is the first study to directly examine the link between income from Social Security in old age and food insecurity, whereby a household can’t get adequate food because it has insufficient money and other resources.

We found that becoming a Social Security beneficiary for the first time lowers the odds of food insecurity by 54%. After that, an increase in benefits by 10% reduced the probability of someone’s being food insecure by over half a percentage point, we found.

Another way to put this: We estimate that if overall benefits were increased by 10%, about half a million senior citizens would no longer be food insecure.

Unfortunately, in our view, the debate over Security Security isn’t whether or how much to increase benefits but how much to cut them.

That’s because the Old-Age and Survivors Insurance Trust Fund, which funds benefits, is expected to be depleted by 2034, at which point Social Security taxes alone will cover just 77% of scheduled benefits.

Since aging is often associated with increased medical expenses, these additional costs may offset any income gains seen from Social Security. Older adults with limited incomes may need to make difficult choices about what expenses to cover and may choose to prioritize health care expenses over food expenses.

Currently, 11% of adults age 60 or older are food insecure, which is a little higher than the 10.5% for all U.S. households. Seniors can begin receiving Social Security benefits as soon as age 62.

Our study suggests that cutting Social Security benefits would be likely to cause more retirees to struggle to access the food they need and push more retirees to enroll in government-sponsored programs such as SNAP, which provide funds to purchase food.

The impact of receiving Social Security benefits varies from group to group.

The small sample size of the data set we used limited our ability to fully explore this. Continuing this research using a larger nationally representative data set such as the Current Population Survey could make it possible to explore this issue in more detail across different groups of people. 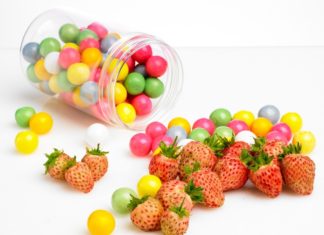 Staff Writer - March 15, 2015
By Simon Cotton, University of Birmingham British supermarket Waitrose is marketing “bubbleberries” in some of its stores, describing them as resembling a small strawberry that...

When and how was walking invented?