Walking down a tree-lined street in the Poble Sec neighborhood of Barcelona, one might easily miss a small bronze square set into the sidewalk. Stamped into the metal in the regional language of Catalan are the words: “Here lived Francesc Boix Campo, born 1920, exiled 1939, deported 1941, Mauthausen, liberated.”

Holocaust memorials like this one – which honors a Spanish Nazi concentration camp survivor – are part of a project that started in Germany but has expanded over the past few years across Europe and the United States.

These unassuming memorials hide a mighty purpose – making the victims of a traumatic past a visible and permanent part of the modern landscape.

In October 2022, Spain’s current progressive government approved a new law – called the Democratic Memory Law – that recognizes Spaniards who suffered and died at the hands of the Nazis.

Among other measures, the law will create a census and a national DNA bank to help people identify the thousands of Spaniards who were killed during World War II.

I am a scholar of Spain’s role in World War II and the Holocaust. The way the country has faced this disturbing past has evolved considerably in recent decades. Spain has publicly avoided the history of Spaniards killed in Nazi camps, who were victims of Adolf Hitler, but also of Francisco Franco, Spain’s dictator from 1939 to 1975.

This new law marks a shift, recognizing that the Spanish government has a role to play in reviving the memory of all of the victims of Spain’s dark years.

From the Spanish Civil War to World War II

Spain underwent a civil war from 1936 to 1939, setting the stage for World War II. A band of military leaders headed by Gen. Franco rose up against the democratically elected Spanish government in 1936. Three violent years later, these fascist-leaning insurgents had won the war, and Franco was installed as dictator.

Spain’s allegiance with the Nazis began with the Spanish Civil War. Hitler sent Condor Legion planes to bomb the northern city of Guernica – memorialized in a famous painting by Pablo Picasso – in 1937. Hitler also helped arm the military uprising against the democratic government throughout the civil war. Just a few years later, during World War II, Franco would return the favor by sending raw materials used to produce weapons of war to Hitler.

In the spring of 1939, half a million refugees streamed over the border from Spain to France to escape the violence, including hundreds of thousands of veterans who had fought for Spain’s elected government in the civil war.

Forced into refugee camps with little access to food and clean water along the beaches in southern France, they were given a choice: Return to Spain, where they would be met with Franco’s violent revenge, or fight the Nazis.

Thousands enlisted as soldiers or manual laborers for the French army. Others joined the French Resistance.

When France fell to the Nazis in 1940, Franco disowned the Spanish refugees he considered traitors. Germany deported 10,000 to 15,000 Spaniards to Nazi concentration camps. The Nazis killed about 60% of these Spanish refugees.

Bringing WWII victims out of the shadows

As many as 15,000 Spaniards were deported to Nazi concentration camps during World War II.

But while politicians debate whether it is appropriate to remember Spain’s painful past or if the government is opening old wounds, groups of citizens have stepped in.

The Stolpersteine Project, a public art initiative started by German artist Gunter Demnig in 1992, memorializes Jews and other victims of the Nazis, like people persecuted for their political views, with a “stumbling stone” placed in the sidewalk outside the individual’s last known residence.

By recognizing non-Jewish political prisoners during World War II, Stolpersteine cements Spain’s partnership with the Nazis into the ground people walk on, demonstrating how a dark history can be brought into the light of day. The first memorials in Spain were placed in the small town of Navàs, about an hour north of Barcelona, in 2015.

The project has grown in the past seven years to commemorate more than 600 Spanish men and women in 96 cities and towns scattered across the country.

Sidestepping the political firestorm over Spain’s World War II history, Stolpersteine in Spain aims to bring victims out of the memory shadows.

The Stolpersteine project in Spain puts the names of people who suffered during each country’s violent past on public display. These plaques challenge people to consider who these victims were and what their own connection to this past might be. The Spaniards memorialized by Stolpersteine are not household names: They are men and women who fled Spain in 1939 and never returned.

Preserving the memory of a painful past

Spain is now experiencing the rise of Vox, a far-right political party. If Vox wins in the 2023 national elections, it will likely roll back the Democratic Memory Law – and the government’s initiative to reform historical education and map mass graves.

The Stolpersteine Project avoids the argument over who is responsible for remembering Spain’s past. Sticking to objective facts, every plaque contains the essential details of each individual political prisoner’s escape from Spain, journey through war-torn Europe and survival or death in a Nazi camp. The stone’s placement outside the prisoner’s last known home makes a connection with the street, city and region where they lived.

As Spaniards and tourists snap photos of the bronze squares they encounter and share them on social media, they begin a conversation about who these individuals were, what motivated them to leave Spain, and how they ended up in a Nazi camp.

Francesc Boix, for example, one of the people recognized with a memorial stone, was a a Spanish Civil War veteran and Nazi camp survivor. After fighting fascism in two wars, Boix was imprisoned in the Mauthausen concentration camp in Austria for four years. While in the camp, Boix worked as an assistant in the photography lab, where he stole negatives from the Nazis and later used them in his testimony at the Nuremberg trials.

Boix, who died in 1951, is one of the most well-known concentration camp survivors in Spain. His story illustrates the struggle against fascism, which he and his fellow Spanish Nazi camp prisoners fought on a daily basis.

Stolpersteine memorials in Spain are not only increasing the visibility of these largely unknown victims of Nazi violence. They are also connecting them to the residents and visitors who, decades later, walk along the same sidewalks. 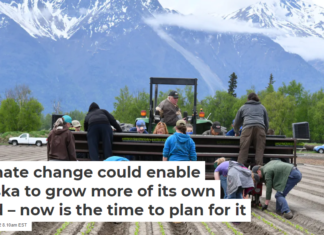 Stella Immanuel’s theories about the relationship between demons, illness and sex...

Why Trump is right, and wrong, about killing off the TPP