There’s a new study that’s getting a fair amount of attention in the climate science community and the popular press.

Published online in Atmospheric Chemistry and Physics, the paper argues that melting from Greenland and Antarctica will occur faster than previous projections, leading to rapid sea level rise of several meters, potentially this century. It looks at the prehistoric record to conclude that ice sheets are vulnerable to “non-linear” disintegration, or rapid melting from higher temperatures. It builds on a study published last year that found that melting in West Antarctica was effectively unstoppable.

The lead author of the study is Dr James Hansen, the former director of the NASA Goddard Institute for Space Studies and now adjunct professor at Columbia University’s Earth Institute, who has become a high-profile activist for policies to reduce greenhouse gas emissions. Among its most alarming conclusions are:

Our analysis paints a different picture than [the United Nations] IPCC (2013) for how this…phase is likely to proceed if GHG (greenhouse gas) emissions grow at a rate that continues to pump energy at a high rate into the ocean. We conclude that multi-meter sea level rise would become practically unavoidable. Social disruption and economic consequences of such large sea level rise could be devastating. It is not difficult to imagine that conflicts arising from forced migrations and economic collapse might make the planet ungovernable, threatening the fabric of civilization.

As a climate scientist, I find that the study from Hansen et al is provocative and intriguing. But it is rife with speculation and “what if” scenarios. It has many conjectures and huge extrapolations based on what I see as quite flimsy evidence, but evidence nonetheless. In that regard, it raises good questions and topics worthy of further exploration, but it is not a document that can be used for setting policy for addressing climate change, although that appears to be its intent.

The paper is long. It hinges upon interpretation of paleo, or prehistoric, and other data that is apt to be somewhat controversial because of dating uncertainties and conversion of proxy data to geophysical quantities.

It uses a model that does not, in my view, have a very good climate simulation. There are no differences between model results and observations shown, and some errors appear to be large. No mention is made of short-term phenomena, including the El Niño Southern Oscillation (ENSO) or Pacific decadal variations that dominate interannual and decadal variability in the real world, and which are a key to understanding the recent hiatus in the rate of rising surface temperatures. This absence is significant because recent trends based on short-term fluctuations are not representative of longer-term trends, although frequently interpreted as such.

In their section 4.5, the authors point out the need to simulate a number of features realistically, and the model does not really do them very well, especially basic things like sea surface salinity. So the relevance of the model is not established. Yet, they use the model for a number of highly artificial experiments that are supposed to depict melting of ice at high latitudes.

These experiments introduce a lot of very cold fresh water in various places, and then they see what happens. The question is: how relevant are these to the real world and what is happening as global warming progresses? They do not seem at all realistic to me.

A key to a lot of this is how cloud cover changes as a result of melting and changing ocean temperatures, and one needs to get clouds right in the first place to have confidence in the results. Unfortunately, this is an area where major problems exist. The models have far too much sunshine penetrating to the surface over the southern oceans compared with observations.

Trying too hard to make a case?

No doubt all of the changes in the southern ocean, featured strongly by Hansen et al, play an important role, but data there are poor, and changes are not well-known. In particular, the recent hiatus in global warming greatly influences observations, which can therefore be quite misleading with regards to long-term trends. Although Hansen argues that the real world is responding even faster than in the model scenarios, this is not at all clear owing to the natural variability.

The paper is quite well-written and a tour de force in many respects, but there are way too many assumptions and extrapolations for anything here to be taken seriously other than to promote further studies.

The authors often say that “these model limitations must be kept in mind” – and there are many other model limitations not discussed – but then they do not keep them in mind when drawing conclusions. I strongly agree with some of the conclusions with regard to the need for immediate actions to reduce emissions, but it seems that this study has gone out of its way to make the case, stretching credibility. 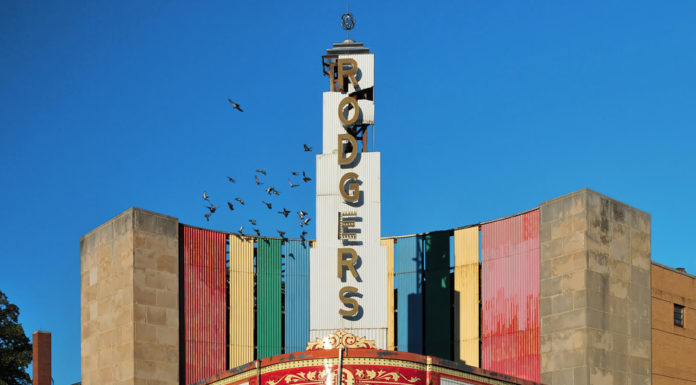 Why reducing carbon emissions from cars, trucks and ships will be so hard

Culture of trust is key for school safety