On Jan. 31, President Donald Trump nominated Judge Neil M. Gorsuch of the Tenth Circuit Court of Appeals to fill the vacancy on the Supreme Court occasioned by the death of Justice Antonin Scalia. The Senate hearing on Judge Gorsuch’s nomination to the Supreme Court started on Monday, March 20.

As important as is a Supreme Court confirmation, Congress and the media have focused chiefly on the numerous controversies that have embroiled the new Trump administration. One media outlet even called Gorsuch’s confirmation process the “stealth Supreme Court nomination.”

Judge Gorsuch has a reputation as a judicial conservative in the mold of Scalia. He has not ruled on several controversial issues such as gun rights, but the conventional wisdom among court watchers is that if confirmed, the “young” (49-year-old) Gorsuch will swing the high court back to the right on many social issues and will impact Supreme Court jurisprudence for decades to come. As a result, progressive interest groups are scrambling to marshal their forces to oppose Gorsuch’s confirmation.

Judge Gorsuch has a notably strong record on one controversial subject, that being on church-state matters. His rulings have generally supported a more “accommodationist” approach to resolving church-state controversies, a position advocated by religious conservatives. In addition, during the White House announcement ceremony for his nomination, Judge Gorsuch remarked that he was “thankful for my family, my friends, and my faith.”

His statement raises the question of whether a judge is influenced to rule a particular way on church-state controversies by his or her religious faith.

I am a constitutional law professor who specializes in church and state matters. I have also participated in more than 25 church-state cases before the Supreme Court as counsel and through friend-of-the-court briefs.

In my view, the religious faith of a justice, standing alone, tells us little about how he will vote in church-state cases or on other controversial social issues. It is a conservative religious worldview that is more likely to reinforce and validate an existing conservative judicial ideology.

Following Trump’s announcement, conservative religious groups such as Focus on the Family and the Family Research Council praised Gorsuch’s nomination. The evangelical magazine Christianity Today declared that Gorsuch will be a justice “that evangelicals will love.” In contrast, progressive religious groups have voiced opposition to Gorsuch’s nomination based on his church-state holdings.

Little is known about Gorsuch’s personal faith other than that he is religiously observant. Gorsuch was raised Catholic, attending a private Jesuit school in his youth. He became an Episcopalian while a graduate student at Oxford, the religion of his wife whom he met while in England. Currently the judge attends a mainline Episcopal church in Boulder, Colorado, that takes progressive stances on social issues.

The liberal orientation of Gorsuch’s church stands in contrast to his own record of judicial decision-making. During his 10-year tenure on the Tenth Circuit Court of Appeals, Gorsuch has taken a firm stance on behalf of protecting religious liberty claims against government regulations, a position that has made him a favorite of religious conservatives. Several of those cases have been highly controversial.

The infamous Hobby Lobby case is one example. In that case, the Supreme Court held that for-profit corporations may assert a religious liberty defense against having to comply with the contraceptive care insurance mandate under the Affordable Care Act. Judge Gorsuch wrote a concurring opinion in the Tenth Circuit’s decision that went even further, urging that courts should defer to a person’s subjective claim that a law burdens his religious beliefs, regardless of how tangential that burden appears objectively.

Little Sisters of the Poor is another example of a case that involved the question of a religious exemption from complying with the ACA. In that case, the Catholic order that operates nursing homes claimed that even applying for an exemption under the ACA from the government violated their religious beliefs. Gorsuch dissented when the Tenth Circuit declined to reconsider its decision rejecting the Little Sisters’ religious liberty claims. That dissent argued that the court had given insufficient deference to the Little Sisters’ own articulation of the burden on their religious beliefs.

He has also written or joined on opinions siding with the ability of governments to display religious symbols on public property, such as a Ten Commandments monument on courthouse lawns. According to one bipartisan analysis of Gorsuch’s record:

“The common thread in these cases is one that matters very deeply to conservatives: a sense that the government can permit public displays of religion – and can accommodate deeply held religious views – without either violating the religion clauses of the Constitution or destroying the effectiveness of government [nondiscrimination] programs.”

The question many people are asking is, will Gorsuch’s religious affiliation matter? First, let’s look at the religious makeup of the Supreme Court.

Currently, the Supreme Court comprises five Catholics and three Jews (Justice Scalia was also Catholic). This has led some commentators to speculate on what this means for issues such as abortion regulations and church-state matters.

The vast majority of justices have been Protestants, which is not surprising considering the Protestant dominance of the culture until recently. President Andrew Jackson appointed the first Catholic to the Supreme Court (Chief Justice Roger Taney) in 1836, a fact that did not go unnoticed. The next Catholic justice, Edward D. White, was appointed in 1894, some 58 years later. (White was more controversial for being a former Confederate officer than for being Catholic)

The first Jewish justice was appointed in 1916 (Louis Brandeis), to be followed by Benjamin Cardozo in 1932, which established the unofficial “Jewish seat” on the court. From 1940 forward, there has always been at least one Catholic and one Jewish justice on the high court (absent a hiatus from 1969 to 1993 of a Jewish justice).

Those demographics have changed significantly over the past two decades. With the resignation of Justice John Paul Stevens in 2010, the court was left without a Protestant member for the first time in its history.

Here’s what history tells us

In most instances, research shows, a justice’s religious faith has been a poor predictor of his or her judicial philosophy (and that would assume that one can draw accurate conclusions about what any religion requires of its adherents).

For example, is it safe to assume that a Catholic justice will vote against abortion and gay marriage because of the teachings of the Catholic Church?

Currently, Catholic Justice Sonia Sotomayor is considered to be part of the court’s liberal wing. Another notable liberal was Justice Hugo Black (1937-1971), who was a Southern Baptist, while two conservative justices were William Howard Taft (1921-1930) (Unitarian) and William Rehnquist (1972-2005) (Lutheran).

And though Catholic Justice Anthony Kennedy usually sides with the conservatives, he has voted to uphold abortion rights and gay marriage. Likely the closest religious indicator of judicial philosophy has been among the court’s Jewish justices, who have overwhelmingly been liberal.

To be sure, there have been some exceptions. Justice William Strong (1870-1880) was an evangelical Presbyterian who served briefly as president of a religious organization that sought to amend the Constitution to declare the United States a “Christian nation.”

Similarly, Justice David J. Brewer (1889-1910) was an evangelical Congregationalist who declared in a court opinion that America was a Christian nation, a matter he wrote about at length off the bench. And Justice Felix Frankfurter (1938-1962), a secular Jew, frequently referenced his religious/ethnic heritage in his strong support for church-state separation.

But those instances have generally represented the exceptions.

The safest conclusion to draw from history is that religious affiliation is probably a poor indicator of judicial philosophy. It generally does not preordain any judicial holdings. However, a conservative religious outlook may reinforce an existing conservative judicial ideology, and vice versa, particularly on social issues. 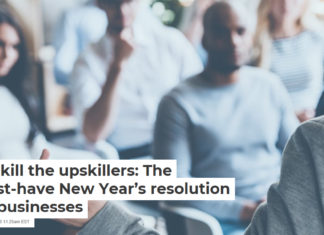 Uprisings after pandemics have happened before – just look at the...

Ancient groundwater: Why the water you’re drinking may be thousands of...