As Republican lawmakers craft a tax reform bill, there’s speculation on the import taxes, value-added taxes and tax cuts it may usher in. Meanwhile, it’s likely that the bill will also include a major education policy initiative from the Trump administration: a tax credit designed to fund private school vouchers.

A decade ago I started researching this new kind of voucher – funded through a somewhat convoluted tax credit mechanism – that appears to have particular appeal to President Trump and other Republicans.

These new vouchers (or “neovouchers”) are similar to conventional vouchers in many ways, but there are some important differences. It’s those differences that neovoucher advocates most care about and that everyone should understand.

What exactly is a school voucher? Typically, a voucher is direct financial support that helps families pay for the cost of private K-12 schooling. Proponents see vouchers as a way to help children attend nonpublic schools. Detractors see vouchers as undermining funding and support needed by public education.

All vouchers subsidize tuition with tax dollars. This can be accomplished in many ways, and the nuances matter.

Conventional voucher policies use the relatively straightforward method of allocating state money to give vouchers directly to eligible parents. The parents, in turn, give the vouchers to a private school of their choice. These schools are sometimes secular, but are usually religious.

The private schools then redeem these vouchers to obtain money from the state. In the 16 states where conventional voucher policies exist, they produce about 175,000 vouchers annually. This amounts to 3.3 percent of the nation’s private school population.

Second, when governments directly provide voucher money, participating schools are generally required to comply with a variety of guidelines, such as accreditation requirements, anti-discrimination regulation, minimum teacher qualifications, financial reporting and/or the administration of a standardized test to students receiving the voucher.

Third, vouchers are simply not politically popular – which is why the more palatable term “opportunity scholarships” (courtesy of messaging guru Frank Luntz) has become increasingly popular.

Finally – and importantly – state constitutions often prohibit the channeling of state money to religious institutions. In many states, this means that conventional voucher programs cannot exist if the program includes religious schools. Although the Supreme Court has ruled that vouchers don’t violate federal law, state constitutions can create legal obstacles that are more formidable than those under the U.S. Constitution.

To sidestep these issues, many state lawmakers have embraced a new kind of voucher policy that gets essentially the same result but changes the state’s role from paying for vouchers to issuing tax credits.

This approach was first adopted in Arizona, in 1997, where the legislature passed a law setting up a system in which any taxpayer could “donate” money to a special, private nonprofit corporation. That corporation then issues vouchers to parents, who use them to pay for private school tuition. The taxpayers then get the money back from the state in the form of a tax credit.

Arizona’s constitution – typical of language in state constitutions – requires that “No public money or property shall be appropriated for or applied to any religious worship, exercise, or instruction, or to the support of any religious establishment.” But Arizona’s elaborate mechanism keeps the specific dollars out of state coffers. Consequently, state funding only indirectly supports religious institutions. The Arizona Supreme Court found this distinction sufficient, ruling that the tax credits did not violate the state’s constitutional prohibition against spending public money for religious support.

Beyond this legal advantage, advocates favor this sort of tax-credit-voucher method because it appears less likely to be regulated. It’s also likely to be open to a wider range of parents – not just lower-income or special needs families. And the complexity of the neovoucher approach obscures the fact that it’s really a voucher program, making it less of a political lightning rod.

Some wealthy taxpayers can even receive tax benefits exceeding the value of their donations. This baffling outcome is because of a loophole tied to the Alternative Minimum Tax (AMT), an extra tax imposed on some wealthier taxpayers to ensure that they pay their fair share. The AMT limits certain tax breaks, such as the ability to deduct state tax payments from federal taxes. However – and here’s the twist – these AMT taxpayers can deduct charitable contributions. And so, these wealthier taxpayers can shift their state tax payment into a “charitable” contribution and instantly transform the payment into a federal deduction. In the six states that give a full tax credit for voucher donations, those taxpayers can get back the full value of their voucher plus a deduction for the donation.

A decade ago when I wrote a book explaining these tax credit policies and labeling them “neovouchers,” they existed in only six states and generated about 100,000 vouchers. Today, 17 states have tax-credit policies similar to Arizona’s on their books, generating a quarter-million vouchers and growing every year.

Do these vouchers improve student achievement? The research suggests that we shouldn’t expect children’s learning to be affected.

While, thus far, neovoucher policies have existed only on the state level, proposals are now appearing at a federal level.

In February of 2017, Rep. Todd Rokita of Illinois and three Republican colleagues introduced a bill (H.B. 895) that sets forth the basic structure for a federal neovoucher policy.

But the particulars of the neovoucher policy that ultimately emerges in the Republicans’ tax reform bill are up for grabs. Based on the wide variety of existing state neovoucher policies, it is possible that the federal proposal will provide a full 100 percent credit (as does H.B. 895) or a credit of only 50 or 65 percent. It might limit eligibility to children in families at the poverty level, or it might have expanded or even universal eligibility.

It also remains to be seen whether federal neovouchers would be allocated only in states with existing programs or might be distributed in all states, including those with no such laws.

Interestingly, some of the staunchest advocates of state-level neovouchers have expressed concern and even opposition to a federal initiative. Beyond general conservative resistance to federal overreach in education policy, they voice familiar concerns about the likelihood of regulations following money, particularly from future Democratic leadership in Washington, D.C.

And, of course, a federal neovoucher program would face significant fiscal obstacles as well. Absent large cuts elsewhere, these policies would strain the federal budget, requiring some creative work on the part of lawmakers – particularly since the tax reform bill will have to be revenue neutral. The cost of vouchers for even a fraction of the nation’s 57 million K-12 students could easily cost tens of billions.

This daunting price tag, however, probably won’t deter President Trump or Education Secretary Betsy DeVos, who have stated their opposition to the “public” part of public schools, with Trump even denigrating them as socialistic “government schools” that are part of the “American carnage” that “leaves our young and beautiful students deprived of all knowledge.”

It seems unlikely that they will forego their chance to give tax dollars to private education. 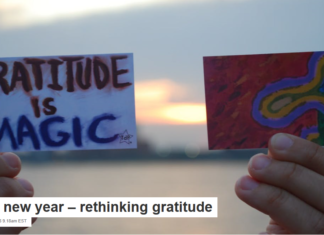