It seems there is no end to the smartphone litigation saga. A long-running US court case just reappraised Samsung’s violation of Apple patents. Apple has now been awarded almost US$930m in the dispute but, given further chances of appeal, the case could go on for a bit longer yet. One can’t help but wonder whether the laws for safeguarding intellectual property are fit for such a rapidly developing and maturing industry.

Patent litigation not only drives up the cost of existing products, it can also prevent the development of new products. So don’t get your hopes up for any radically new gadgetry for your loved ones this Christmas. Or anytime soon. Given the protracted legal battles embroiling the industry, we will have to wait longer between launches of innovative devices.

The typical way to patent and thus protect intellectual property in the US and other developed economies involves lengthy applications, multi-year protection, and slow legal resolutions. They can, as in the latest case of Apple v Samsung, relate to user interface and design features. When these patents were first granted, they seemed original and distinctly innovative to the patent office. However, by the time Apple first filed its case against Samsung in 2011, and even more so today, these patents affected everyone – black rectangular touchscreens have become the expected industry standard. There is little that differentiates one device from another, and it is hard to imagine an alternative form.

Should Apple, or other holders of design patents that turned into de-facto standards, still be allowed to stifle competition at this stage of the industry lifecycle? So far, Apple has gone after high-end competitors that present the greatest threat to iPhone sales. As all manner of smartphones are increasingly capable of delivering the same app-enabled experience, Apple might start suing more indiscriminately – not just the likes of Samsung but also lower-end device makers. Legal costs might balloon further.

Ideally, the decision on what kind of a patent to grant, and for how long, should take into account the speed of industry development and the breadth of potential applications, even if this is hard to fathom beforehand. Where it does not, competitive success is no longer based on innovation, as is now the case with smartphones.

Although patents are meant to encourage innovation, Apple now spends more on patents and litigation than it does on research and development. It has become standard practice for industry leaders to snap up failing firms so as to stuff their patent war chests. This of course makes sense from the company point-of-view; it provides pre-emptive defences for cash cow products.

It also means, however, that innovative activity at Apple & co might be starved of the funds that are spent on legal affairs. It also provides formidable barriers to entry, at least in developed economies, where the threat of an injunction and litigation is real and potentially ruinous. It is not always obvious when a patent is infringed, so some firms deem it best to avoid the possibility altogether.

Innovation is thus subdued or driven elsewhere. Not a great time to be a technophile customer in the US or the EU.

The momentum behind the current wave of litigation will cease eventually, as some firms move on to greener pastures or go bust (HTC’s recent loss in a patent dispute with Nokia might just push it over the edge). While the market settles, chances are that most improvements to smartphones will be cosmetic or cost-saving.

At least, that is, in developed markets with strict and enforceable intellectual property regimes. In Asian countries, where patents apply but are more tricky to enforce, more innovators will dare to take a punt. Expect the next wave of exciting smartphones to come from that direction, even if they might not quite make it to your country.

Or look out for new categories of innovative devices – think glasses, watches, and the like. But these will not necessarily be made by the handset manufacturers we know today. Any existing manufacturer’s move into an adjacent market might attract retaliation in smartphones. If HTC, for instance, challenged Apple in watches, Apple could respond through smartphone litigation. It is clear that our intellectual property laws have some unsavoury side effects. And they certainly won’t make Christmas shopping for that tech-obsessed relative any easier. 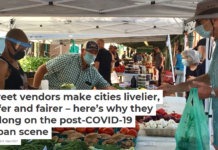 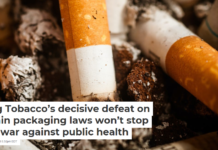 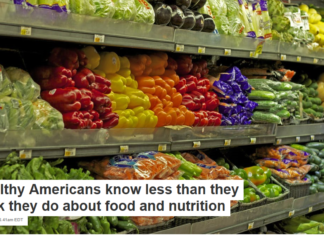 Online shopping: why its unstoppable growth may be coming to an...