We previously wrote about The Gordons, a family of two hard working parents and two boys ages 5 and 9, in an article called “Nine weeks later: Hurricane Ian forced America’s elderly, veterans, and middle class families onto the streets. FEMA, the SBA, and insurance companies have abandoned them there.”

The Gordons have now had no choice but to seek housing at the Red Cross Hurricane Ian Shelter, in Englewood, Florida on Friday evening, December 2nd, 2022.

There was just one problem. The shelter turned them away.

The tented area in front of the shelter was completely empty.

As they arrived to the front door, they were greeted by security who allowed them to speak with the volunteer at the front desk. Sharon Campos, the volunteer Service Associate for the Red Cross, was at the front desk. She said she was not from town and she had volunteered to help people find shelter. Unfortunately for the Gordons, Sharon explained that the Hurricane Ian shelter run by the Red Cross was no longer able to take people. She stated “unfortunately we are shutting down and not taking any new people” and regrettably turned away the Gordons.

When the Gordons asked where else they could stay, Sharon said “I wish I could tell you.” Nobody working at the shelter knew of any other shelters, near or far, and simply said they could not take anymore people.

This isn’t just a problem for the Gordons. The security guard on duty stated “it’s like this everywhere.”

Hurricane Ian was evidently too large for FEMA, SBA, insurance companies, and the Red Cross to take care of all the people who lost their homes. So far, the Gordons have received only $700.00 from FEMA on the second day after Hurricane Ian made landfall.

Their public adjustor submitted paperwork and professional diagnostics demonstrating there was $371,671.42 of damage to the Gordons’ property, not including furniture, personal items and updated code requirements. Even though the Gordons were insured for $585,000.00 of Hurricane Damage, now in the tenth week after Hurricane Ian made landfall, they’ve only received $700.00 from FEMA, nothing from the SBA, and nothing from their insurance. The insurance company did however offer the Gordons an $8,800 settlement, which is less than 2% of the total damage caused by Hurricane Ian.

If this isn’t a humanitarian crisis with the hallmarks of institutionalized abuse and failure, then we’re not sure what is.

We wrote to FEMA, the SBA, and the Gordons’ Homeowners’ Insurance Company, and haven’t heard a word from them.

If you are displaced, homeless, or suffering from Hurricane Ian damage and still have not received more than $700 in combined assistance from FEMA, the SBA, and your homeowners insurance providers please send an email about your situation to Jeff Greenberg at team@lifeandnews.com 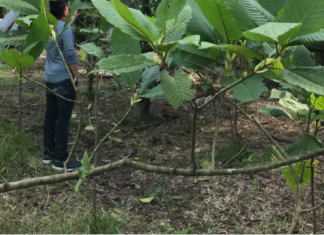 Urban noise pollution is worst in poor and minority neighborhoods and...