‎As details emerge about an attack at a factory in France in which one person is dead and several injured, comparisons with the Charlie Hebdo killings in January are inevitable.

Following an explosion at a gas factory in Saint-Quentin-Fallavier, near Lyon, the body of a local businessman was found alongside a flag bearing Islamic inscriptions. Several suspects have been arrested, one of whom was thought to be known to police.

Questions will be raised about security and fears raised about the safety of ordinary people. But this is not just a security issue – it is a fundamental threat to the rights and values that we all hold dear. We should not allow one type of fear to stop us from standing up for our values.

Terror attacks of this type are designed not only to kill specific people but more broadly to alter societies. The aim is for people in the target country to live in fear and to change their behaviour to avoid becoming the next target.

But the attacks in France are not aimed at ousting occupying regimes, as happens in Israel, Northern Ireland, Spain, and many other countries. Rather attacks of this kind – whether orchestrated by Islamic State or inspired by it – are aimed at changing liberal, Western societies into countries in which fundamental rights are restricted and local values swept aside, to be replaced by extremism.

No doubt there will be many commentators who point to interventions in Iraq, Libya and Afghanistan, or failings in Syria and Darfur, to lay the blame on Western states for the terrorist atrocities perpetrated against their people.

The far right, in all its forms, will allege that these attacks are Islam-inspired. They will use them as yet another reason to hate more than a billion people across the globe – even while the vast majority of Muslims abhor and condemn these acts.

But the apologists and political opportunists will both be failing to address the core aim of fundamentalists – to establish a medieval world of subjugation, oppression and fundamentalism based on a twisted and extremist version of Islam.

Instead of the usual rhetoric, hand-wringing and glove-swinging, we need to stand together as one and demonstrate that these attacks will not undermine the rights and freedoms that we believe in and that we seek to guarantee for all people.

The right to life, to expression, to freedom of religion; the rights of women, children, sexual orientation minorities, and other vulnerable groups; the right to live our lives free from arbitrary or oppressive interference. These are what is taken away when fundamentalism takes over.

These rights are being eroded in moderate Muslim countries, such as Tunisia, where at least 27 people were murdered on a beach resort just hours after the France attack. These rights are being threatened in Europe. They are being targeted in France – the birthplace of René Cassin, who wrote the Universal Declaration of Human Rights.

We need to address the security issues that arise from the shocking events in France – and indeed in Tunisia – but we need to be sure not to just see attacks of this kind as security issues.

These murders are once again an attack ‎on all of our rights and it is about time we found a way to do something about it.

Rosa Freedman is Senior Lecturer (Law) at University of Birmingham. 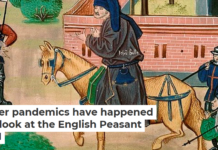 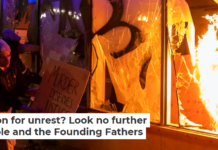 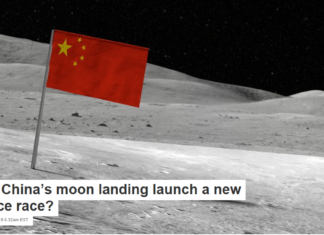