Boosting preschoolers’ literacy can be as simple as sending their parents a few texts – but it’s important not to overdo it.

That was the key finding of a recent study we conducted of a text-messaging program developed at Stanford University that is meant to improve parental engagement. We, Kalena E. Cortes and Hans Fricke – together with our co-authors Susanna Loeb and David Song – are interested in the best ways to improve children’s academic performance.

Through the program we studied, parents get three types of text messages: facts, tips and growth text messages.

Facts include general information about important literacy skills and parent-child activities, such as, “Children need to know letters to learn how to read & write. Research shows that kids with good letter knowledge become good readers.”

Tips include actionable advice with specific examples of parent-child literacy activities, such as, “Point out the first letter in your child’s name in magazines, on signs & at the store. Have your child try. Make it a game. Who can find the most?”

Growth messages provide continuous encouragement to parents of preschoolers throughout the school year: “Keep pointing out letters. You’re preparing your child 4K (for kindergarten)! Point out each of the letters in your child’s name. Ask: What sound does it make?”

Three is the magic number for engagement

We also found that the effectiveness of the program to improve children’s literacy development, measured in 1-on-1 assessments, depends on how strong a preschooler’s literacy skills were in the first place. If children were lower performing, the single text message was not enough and in fact their literacy strength dropped compared to children whose parents received three texts. For instance, when children were asked to identify whether or not a word pair rhymes, lower performing children in the single-message program identified, on average, 0.6 out of nine word pairs less than those in the three-message program.

Whatever the case may be, the beautiful thing about this kind of text-message program is that it only costs about $2 a year per family to implement. And any parent with a cell phone can sign up for it for free. 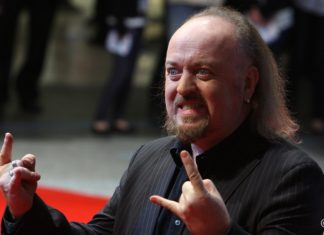 Staff Writer - October 21, 2014
By Will de Freitas, The Conversation Economists at the University of Warwick have found happiness increases productivity by around 12%. Andrew Oswald, Eugenio Proto and Daniel...