The 50 Americans who gave or pledged the most to charity in 2021 committed to giving a total of US$27.7 billion to hospitals, universities, museums and more – up 12% from 2020 levels, according to the Chronicle of Philanthropy’s latest annual tally of these donations.

More than half of this money came from just two particularly big donors: Bill Gates and Melinda French Gates. Shortly before their divorce became final, in August 2021, they announced plans to add $15 billion to their foundation’s coffers.

David Campbell, Elizabeth Dale and Jasmine McGinnis Johnson, three scholars of philanthropy, assess what these gifts mean, the possible motivations behind them and what they hope to see in the future in terms of charitable giving in the United States.

What trends stand out overall?

Elizabeth Dale: First, let’s acknowledge who is missing: MacKenzie Scott. The novelist and billionaire publicly shared that she had given over $2.7 billion in the first half of 2021. She then changed course, choosing not to disclose how much money she gave away in the second half of the year, or the organizations she supported, as an effort to deflect media attention. The Chronicle said it left her out because neither she nor her consultants provided the details it requested.

Had the publication included her, even if only the gifts she made in half the year, she would have occupied the No. 2 spot again. Scott was only behind her ex-husband, Jeff Bezos, on the Chronicle’s 2020 list.

In 2018, prior to their divorce, Bill Gates and Melinda French Gates topped the list together, but they didn’t make the 2019 list at all.

Tracking where giving goes, even for the largest donations, is an imperfect science. Scholars, journalists and other experts must rely on publicly available information and details the donors themselves provide to compile this data, and the full details aren’t always available. For example, even in this list, we don’t know everything about these gifts, how much was already given and the ways organizations will put this money to use.

Jasmine McGinnis Johnson: Following the police killings of George Floyd and Breonna Taylor, many foundations and philanthropists were thinking more critically about what was the appropriate way to fund racial equity and social justice nonprofits.

In 2020, those gifts totaled $66 billion, making them the 14th-highest priority of the nation’s top 50 donors. In 2021, donations aimed at reducing racism and supporting Black-led organizations didn’t make it to a list of these donors’ highest 20 funding priorities.

With police brutality continuing unabated and the growth of mutual aid organizations focused on race and social justice, I find this ebbing of interest surprising.

However, I also see some reasons to be hopeful in other research completed in 2021.

Many Americans, especially people of color, are donating to racial justice causes. In 2020, for example, 16% of all households gave to these causes, up from 13% in 2019.

David Campbell: The biggest donors responded to challenges created by the COVID-19 pandemic in 2020, sharply increasing their giving to social service organizations, including food banks and housing groups. In 2021, that giving receded so much that food banks and housing didn’t make it into a list of the top 20 causes for the biggest donors. One explanation for this may be that when seismic events influence giving, those effects diminish over time.

In keeping with past years, these wealthy donors emphasized higher education and health-related giving, through donations to colleges, universities, hospitals and medical research.

What should the public know about 2021’s top two donors?

Dale: With an endowment valued at over $50 billion, the Bill & Melinda Gates Foundation has, by far, more assets than any other U.S. institution of its kind.

The foundation, established in 2000, is getting more scrutiny than it used to, especially with respect to its bureaucratic and data-driven approach. It also has four new board members who joined after billionaire investor Warren Buffett stepped down in 2021.

Melinda French Gates’ future role in the foundation is uncertain. She could step down as a trustee in 2023 if she and Bill Gates determine they can no longer work together.

Campbell: Since its founding, the Bill & Melinda Gates Foundation has distributed over $60 billion to causes tied to eradicating diseases and reducing poverty and inequity around the world.

In 2021, it announced plans to spend $2.1 billion within five years on women’s economic empowerment and leadership, and boosting women and girls’ health and family planning.

The foundation has delved heavily into K-12 education in the U.S. – with mixed results, as the Gateses themselves acknowledged in 2018. The foundation disbursed $6.7 billion in 2021, the highest amount to date for a single year.

What concerns do you have?

Campbell: The top 50 donors in 2021 include only 14 of the many billionaires who have signed the Giving Pledge, a commitment by some of the world’s richest people to “dedicate the majority of their wealth to charitable causes.” To date, more than 230 individuals and couples have taken this step.

Similarly, only 21 of the Forbes 400 list of wealthiest Americans made the Philanthropy 50. I would like to know why more of the richest Americans, including some who have committed to giving away their fortunes, weren’t among 2021’s top 50 donors. For the billionaires who have signed the Giving Pledge, it’s worth asking why they are waiting. What benefit do they see in giving later rather than sooner?

Dale: The $2.65 billion in giving by these wealthy Americans to donor-advised funds is double 2020 levels and almost 10 times higher than in 2019. Both donor-advised funds – financial accounts that people use to give money to the charities of their choice when they are ready to do so – and foundations are intermediaries for giving that offer little transparency and can warehouse funds designated for nonprofits’ use.

Most wealthy donors receive tax deductions and other benefits, such as public recognition, when they initially make big gifts. But it can often take years for their money to reach charities.

It’s hard, however, to separately track money being given directly to charities from funds that are reserved for a future charitable use.

As more and more donors, including some of the richest Americans, give to charity through donor-advised funds instead of traditional foundations, calls for regulating them more tightly are growing louder.

Dale: Scott has certainly caused some philanthropy shock waves in the past two years, and it’s still too early to know what effect she is having.

I hope that these donors and the wealthy people not on this list start responding to broader public concerns. The effects of the COVID-19 pandemic, issues around race, ethnicity and gender and inequality, climate change and protecting our democracy are not going away.

Johnson: The fact that social and racial justice were not among the top priorities of the biggest donors in 2021 makes me wonder to what extent the concerns about systemic inequality, driven by events in 2020, will remain a priority for big donors in the future.

Conversations among wealthy givers and major foundations about race, income inequality and the vulnerability the COVID-19 pandemic exposed have certainly persisted. And Scott is still supporting justice-oriented causes, as a gift announced by its recipient in February 2022 makes clear. Scott gave $133.5 million to Communities in Schools, a nonprofit that meets the academic, economic and other needs of K-12 students.

It remains to be seen to what extent America’s other big donors will follow her lead. 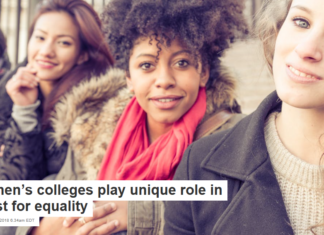