Twenty-five years ago, on February 28, 1993, Bureau of Alcohol, Tobacco and Firearms agents attempted to execute a “dynamic entry” into the home of a religious community at Mount Carmel, a property 10 miles east of Waco, Texas.

David Koresh and his Bible students – who became known as the Branch Davidians – were living at Mount Carmel. The ATF had obtained a search warrant and an arrest warrant for Koresh, whom they suspected was in possession of illegal weapons. The raid prompted a shootout that resulted in the deaths of four ATF agents and six Branch Davidians.

On March 1, 1993, FBI agents took control of the property, and ended up presiding over what became a 51-day siege. On April 19, the siege ended in a second tragedy when FBI agents carried out a tank and tear gas assault, which culminated in a massive fire. Seventy-six Branch Davidians, including 20 children and two miscarried babies, died. Nine Branch Davidians escaped the fire.

Throughout the ordeal, media coverage of the ATF raid and FBI siege depicted the Branch Davidians as a cult with David Koresh exercising total control over mesmerized followers. It was a narrative that federal law enforcement agencies were happy to encourage, and it resonated with the public’s understanding of so-called “cults.”

Immediately after the fire, most Americans took the side of the FBI. A CNN/USA Today/Gallup poll found that 73 percent of Americans thought that the FBI’s use of tear gas was “responsible.” Only 13 percent thought the FBI had acted too soon, while 57 percent believed it was “not soon enough.”

The story that emerges is much more complex – and makes one wonder if the tragedy could have been avoided altogether.

In 1992, Waco media outlets and ATF agents started investigating the Branch Davidians. Editors at the Waco Tribune-Herald were primarily concerned about the welfare of the children. (In 1992, a social worker with Child Protective Services had looked into the Branch Davidians for child abuse; finding none, the case was closed.)

ATF agents, meanwhile, were focused on the number of weapons being purchased – especially whether Branch Davidians were making grenades and converting semi-automatic weapons into automatic weapons without obtaining permits.

The day before the ATF raid, the first installment of “The Sinful Messiah” series about David Koresh appeared in the Waco Tribune-Herald.

Drawing on reports of former members and anti-cultists, the series described Koresh as a cult leader who had sex with underage girls, severely spanked children, accumulated weapons and exercised mind control over followers.

When researching Koresh, I found that while people were certainly drawn to him, it had nothing to do with alleged mind control. Koresh’s group had evolved out of Davidian and Branch Davidian Seventh-day Adventist communities that had been in the Waco area since 1935. People were attracted to Koresh’s teachings because they judged that he had convincingly interpreted biblical prophecies about the Last Days. Those who lost faith in Koresh left the group on their own accord.

Nonetheless, during and after the Mount Carmel siege, news reporters embraced the cult stereotype of the Branch Davidians. For instance, Newsweek titled a March 1993 cover story “Secrets of the Cult.” After the fire, a Time cover photo featured the head of a maniacal-looking Koresh enveloped in flames. In press briefings, FBI officials promoted that view, disparaging Koresh as a manipulative liar who couldn’t be reasoned with.

Problems with the ‘cult’ label

The main issue with the word “cult” is that it has become pejorative in popular culture. For this reason, it has the potential to be misused as a way to stigmatize members of any minority religion.

Many groups that are labeled cults are simply small religious groups outside of the mainstream. (The Branch Davidians fall into this camp.) In addition, many characteristics that people say cults possess can actually be found in mainstream religions.

So when journalists and law enforcement agents use the term “cult” to describe a religious group, it’s problematic. In fact, studies have shown that once the “cult” label is applied, the group is more likely to be deemed illegitimate and dangerous.

It’s then easier for law enforcement agents to target the group with excessive, militarized actions, and it’s easier for the public to place all blame on the supposed cult leader for any deaths.

In his essay “Manufacturing Consent about Koresh,” sociologist James T. Richardson draws on the work of Edward S. Herman and Noam Chomsky to point out that the media have the power to depict those who die violently as either “worthy victims” or “unworthy victims.”

Richardson argues that the news media’s focus on Koresh as a purported all-powerful cult leader had the effect of dehumanizing the Branch Davidians. Little effort was made in national media to depict the rest of the Branch Davidians and their children as individuals.

During the siege, the general public had no way of learning about the Branch Davidians as people, because FBI officials decided to withhold footage filmed inside the residence. These videotapes, subsequently named “Inside Mount Carmel,” depict young children, teenagers and thoughtful adults who were committed to their faith.

All of this matters because in the wake of the ATF raid, the vast majority of Americans didn’t question the actions of the FBI that put intense pressure on the Branch Davidians.

Separate studies conducted by sociologist Nancy T. Ammerman and myself reveal that during the siege FBI officials ignored advice from their own profilers, negotiators and psychiatrist consultants to de-escalate the situation.

This proved to be crucial in the days leading to the FBI’s assault against the Branch Davidians on April 19, 1993.

Internal FBI documents reveal that the bureau’s behavioral scientists knew the Branch Davidians were waiting to see if a biblical prophecy, as interpreted by Koresh, would be fulfilled.

Koresh had predicted that the group would be assaulted and killed during Passover week, which, in 1993, took place between April 6 and April 13. His disciples would be resurrected with Koresh, and together they would carry out the Lord’s judgment and set up God’s Kingdom on Earth.

After Passover came and went, Koresh sent out a letter on April 14 outlining his plan to come out after he wrote a short commentary on the Seven Seals of the book of Revelation. Significantly, the FBI log also reveals that on April 14, Koresh sent out a signed contract to retain his defense attorney.

But according to a Justice Department report, on April 15 FBI negotiator Byron Sage told Associate Attorney General Webster Hubbell that negotiations were at a “total impasse.” Hubbell conveyed this assessment to Attorney General Janet Reno, whom FBI officials were pressuring to approve the assault.

On April 16 Koresh reported to a negotiator that he had finished composing his commentary on the First Seal, and Branch Davidians started asking for supplies to type Koresh’s manuscript on the Seven Seals. In his letter, he had promised to come out after the the manuscript was in the safekeeping of two Bible scholars, J. Phillip Arnold and James D. Tabor, who had communicated with him via radio.

Reno approved the plan for the assault on April 17. Branch Davidians continued asking for word-processing supplies, which were delivered on the evening of April 18.

A surveillance device audiotape reveals that, after the assault started at 6 a.m. on April 19, Branch Davidians attempted to get FBI agents to repair the telephone line to negotiators, which had been severed as soon as the assault began. They wanted to tell the agents about the progress they’d made typing up Koresh’s commentary on the First Seal. But the telephone line to negotiators remained broken, and the assault proceeded.

At 11:31 a.m., a CEV drove through the building and sprayed CS gas for 24 minutes toward children, their mothers and two pregnant women who were sheltering in a former vault – a concrete, doorless room.

After the CEV moved to spray gas into the second floor, the deadly fire erupted.

It didn’t have to end this way

A close study of the Branch Davidian case shows how all parties ended up playing roles in the tragic outcome.

Retired FBI agent Gary Noesner was the negotiation coordinator at Waco from March 1 to March 24. From Feb. 28 to March 23, a total of 21 children and 14 adults came out as a result of negotiations.

Yet whenever adults cooperated and came out, the remaining Branch Davidians were punished: FBI agents cut off their electricity, ran over their parked vehicles with CEVs, and during the night shined bright spotlights and blasted high-decibel sounds to cause sleep deprivation.

When Noesner protested these tactics, he was removed from the case.

In the Paramount Network’s “Waco” mini-series, which ran between Jan. 24 and Feb. 28, Noesner’s character, played by Michael Shannon, describes the “paradox of power” – “The more force you bring to a situation, the more likely you are to meet resistance.”

In a recent interview, Noesner articulated the true complexity of the conflict, saying that “both good and bad decisions were made on both sides that led to a very tragic conclusion.”

Of course, suspected illegal activities by members of a religious group must be investigated, and normal (not excessive) policing procedures implemented to make arrests. But starting off an investigation by labeling a group a “cult” makes it almost impossible for an unbiased approach to be taken.

News reporters are players in these situations, too. By disseminating the easily digestible cult narrative, they immediately dehumanize members of religious groups. (Of course, this narrative also attracts readers, viewers, clicks – and, therefore, revenue.)

As I recount in a chapter on the Branch Davidians and religion reporting, after the conclusion of the Mount Carmel Siege, a number of reporters in the print media reevaluated their depiction of the Branch Davidians as cultists. When reporting on stories about marginal religious groups, they refrained from using the label “cult.” Professional associations reached out to promote stronger relations between reporters and religion scholars.

However, lately the word “cult” is making a return in the media. I’ve noticed that the CBS series “48 Hours” likes to feature stories about “cults.” Unfortunately, National Public Radio hosts have recently started using the word “cult” to label groups like the Buddhafield and have reverted to using the word when describing the Branch Davidians.

The Branch Davidian case illustrates how stigmatizing a religious group with that four-letter word can abet a tragic outcome. It’s on journalists as much as it’s on law enforcement to make sure a tragedy like what happened at Mount Carmel never happens again. 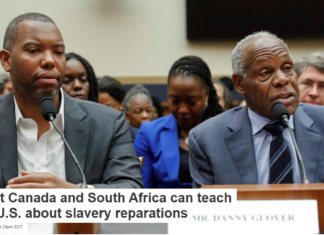 We discovered a 115,000-year-old iguana nest fossil in the Bahamas