To my 87-year-old grandmother, not many subjects are taboo.

She was treated for colorectal cancer in 1996, and she still laughs when she recounts experiencing uncontrollable flatulence in front of houseguests.

But when death comes up, she has less to say. As my grandfather was dying of lung cancer, she told him his doctors suggested a temporary break from treatment to rebuild his strength – and not that he was actually being enrolled in hospice care, where he would likely live out his last days.

As a health communication professor, I study how severe and chronic illness affects close relationships. More often than you’d think, families struggle to talk about a loved one’s imminent death. And yet, there are crucial discussions to be had: about legal documentation, type and place of care and whether to move forward with life-sustaining or death-hastening treatment.

So I was excited to learn about the movie “The Farewell,” which tells the story of Chinese and Chinese American family members who grapple with their matriarch’s declining health – and whether to hide her poor prognosis from her.

My hope is that those who see the film will feel more comfortable having end-of-life discussions with their family members at any life stage. As difficult as it might seem, research shows that having these conversations can pay off in the long run.

The conversation no one wants to have

In “The Farewell,” Billi, a millennial writer living in New York, learns that her grandmother has terminal lung cancer. But her family decides that it would be in Billi’s grandmother’s best interest to know nothing about her diagnosis. To covertly say goodbye while concealing the real reason for their visit to China, Billi’s family stages a fake wedding for one of her cousins.

Billi wants to spill the beans; she thinks her grandmother would want closure. Her family and her grandmother’s doctor, however, argue that playing along to protect the patient from emotional burden is the culturally appropriate thing to do. They say that most families in China would also tell this “good lie.”

Many Americans also tend to avoid end-of-life conversations. A recent survey revealed that while 92% of adults feel that talking with their loved ones about end-of-life care is important, only 32% have actually done so. Rates among Chinese American families are even lower. Likewise, only around one in four U.S. adults have completed what’s called an advance-care directive – a legal document that describes what medical treatments a person wants to refuse or accept if they lose the ability to make decisions.

A litany of worries

What makes these conversations so difficult?

Some families simply have a history of not speaking openly about difficult issues.

But health communication researchers have found that many families worry about becoming emotionally overwhelmed or being unable to agree on a plan. These families also feel that these conversations could unnecessarily burden a sick family member – and might even accelerate their death.

Other families maintain overly optimistic expectations about a terminal diagnosis. They believe positive thinking will not only make the patient fight harder but will also improve their prospects. So they avoid end-of-life conversations to protect themselves and one another from feeling more anxiety, hopelessness, negativity and doubt.

In any case, the default approach for many families is to simply put these conversations off – or to not have them at all.

Just talk it out

And yet, study after study has shown that end-of-life conversations can be helpful for everyone involved. This is especially true when families focus on having what people in my field call “high-quality discussions” – those that respect the final decisions and express gratitude over everyone’s willingness to talk.

After these discussions, caregivers are typically more knowledgeable and better prepared to carry out a dying family member’s wishes. Patients usually receive earlier hospice referrals and aren’t exposed to aggressive treatment in their final days. They’re more likely to die comfortably and with dignity.

Family caregivers, meanwhile, tend to experience less regret and less conflict following their loved one’s death. And the health care system as a whole is better off. Researchers estimate that clarifying patients’ wishes can save the health care system around US$80 billion annually. When patients are referred to hospice earlier, hospitals don’t spend money and resources on patients who would still die while receiving expensive treatment in intensive care units.

After the May 16 screening of “The Farewell” that I attended, executive producer Eddie Rubin took questions from the audience. At one point, he mentioned that his mother, after seeing the film, told him that she would “haunt [him] from the grave” if he ever hid information about a terminal illness from her.

The film, which writer and director Lulu Wang adapted from her own family’s story, will hopefully spark more conversations like Rubin’s where families can clarify their goals and values for the end of life.

It’s not difficult to imagine moviegoers emerging from theaters and asking their loved ones, “If you’re ever in this situation, what would you want?” 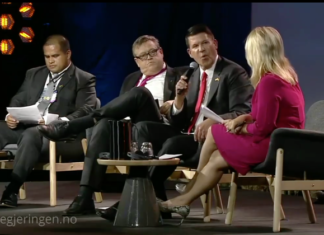 Colleges must confront sexual assault and sexual harassment head on