The Five Years Forward View, NHS England’s blueprint for further investment, shows the crisis facing the NHS. There has been a fall in real-terms expenditure because – regardless of what the current government says – the productivity gains that were necessary to maintain it were not achieved, which might have adverse effects on the current and future health of the population.

In 2014, a King’s Fund’s report on productivity indicated that spending on healthcare went from 5.5% of GDP in the mid 1990s to 8% in 2009 and then stayed at around that level. But this could fall to 6% of GDP by 2021, the report said, under a flat cash scenario for the NHS (where the budget trend doesn’t keep pace with inflation) and moderate GDP growth, meaning that the resources for the NHS could be reduced by about 25%.

To maintain real healthcare expenditure at 2010 levels, the Kings’ Fund report estimates that productivity gains would have to be around 4% per year. This has not been achieved. Long-run productivity gains have been at around 8% per year. More recently it has been at 2% per year, but partly because of cuts in the levels of input.

The changing demographics of the country mean there is a growing number of the group that is the main consumer of the NHS – the elderly. Given this – and the increasing treatment technologies available – the NHS is not going to cope. The reason for this is that most technologies increase expenditure – this is because even if a new technology is less expensive than the treatment it replaces, more people tend to use it. As demand goes up, expenditure goes up. So something has to be done.

Given this background, the plans set out by NHS England chief executive Simon Stevens are imaginative and bold. Essentially, the five-year plan states that, given growing population and technology pressures, more money is required in the NHS to maintain current levels of service – and even more money is needed if things are to improve.

The estimate of how much is required to match population preferences – if real-term expenditure continues at current levels – is an additional £30 billion per year, of which they estimate £22 billion can be saved through productivity gains, including increased prevention and public health initiatives, which leaves an £8 billion shortfall.

In all cases the real-term expenditure will require new expenditure allocated to the NHS. But the level of the shortfall is therefore entirely dependent on the degree to which there are productivity gains.

How will these gains be made?

The imaginative aspect of the plan is how the productivity gains might be achieved. As well as changing information flows to improve choices and record treatment outcomes, the NHS will have to have stronger central regulation to ensure standards of care are improved.

Healthcare is to be patient-centred and integrated, rather than fragmented and split across different teams of providers. The form of healthcare provision envisaged will be flexible and adaptable to different individuals and different circumstances. GPs will be allowed to provide some specialised hospital care; and hospitals will be allowed take on the provision of some GP services. Community-based services are to be especially supported.

This enhanced structure will also support a move towards preventative care, which targets at-risk populations and also sees an an increase in information to improve individual health behaviour, both in terms of what we consume and also in the workplace. Individuals suffering from long-term chronic conditions will also be empowered to choose and improve how their own treatment is carried out.

What is the downside? Two out of the three envisaged scenarios give rise to a shortfall. Not only must health expenditure be supported politically but productivity gains must be maintained. The devil is in the detail in this plan – and it is not entirely clear how the productivity gains will be achieved efficiently.

A lot relies on preventative medicine and public health interventions and, very importantly, on the use of new information technologies. The latter may be possible, but it is not guaranteed.

It is also not entirely clear what incentives must be put in place to promote and maintain these actions. We know that generally healthcare providers react quickly to incentives, but this is not necessarily maintained over the long term.

What is clear is that the NHS will deteriorate if nothing happens. The public funding of healthcare is going to suffer increased pressures. This plan attempts to maintain a largely public-funded NHS free at access for all, with an added objective of trying to improve quality to meet increasing patient preferences. The fears over privatisation could be misplaced. There may be some increased role for regulated private provision to help drive quality improvements where appropriate, but this seems to be marginal under these plans.

The plans are ambitious, lacking in detail but do at least put the NHS back at the centre of the public debate in a productive way.

Mireia Jofre-Bonet does not work for, consult to, own shares in or receive funding from any company or organisation that would benefit from this article, and has no relevant affiliations. 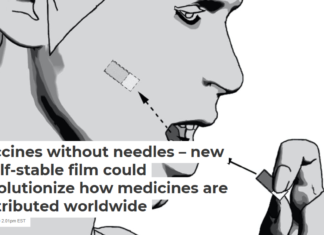 Staff Writer - March 5, 2020
Maria Croyle, University of Texas at Austin The race is on to identify an effective vaccine for the COVID-19 virus. Once discovered, the next challenge...

Indonesia farewells SBY and his years of wasted opportunities