David Hargreaves of Roehampton University is probably the only professor to have opened the bill for Chuck Berry. But last week he beat even that.

At a time when the threatened US Government shutdown nearly crippled the global economy over the introduction of Obamacare, David’s team got worldwide publicity for their research showing that hospitalised children experience less pain simply if they hear songs like See-Saw Marjorie Daw.

This is startling enough but, in a world in which finance limits healthcare as much as does medical knowledge, it hints that music could have a dramatic effect on the well-being of billions.

In fact, dozens of experiments have shown that listening to music has a variety of direct health benefits. It can reduce the amount of pain-killing medication that patients need post-operatively, reduce blood pressure, reduce the length of comas, regulate the breathing of premature babies, or even reduce the length of labour (except for my wife, who to this day is taken to a very dark place by The Cult’s Brother Wolf, Sister Moon: I’m taking this chance to apologise publicly).

We know that the health benefits of music are greater for women than men, children rather than infants or adults, if the music is live rather than pre-recorded, or if the pain is temporary, from say a careless dentist, rather than from deep tissue damage.

Why? We just don’t know for sure. In the case of pain, one possibility is that the music is simply a distraction from the dentist’s drill; in the case of comas, music might be effective simply because it can arouse the brain; and in the case of babies’ respiration rate, the music provides an obvious rhythm that breathing can follow.

And these positive effects of music on children’s health can even be identified during pregnancy.

One experiment showed that when pregnant women watched Neighbours every day the theme music could soothe the babies soon after they were born: everybody needs good neighbours, but infants need cheesy TV theme tunes.

Another experiment asked pregnant women to wear a belt containing speakers playing music pointing inwards, with the effect that the children’s movements, memory, and social skills developed more quickly after they were born.

I wonder if they make one that plays Brother Wolf, Sister Moon. 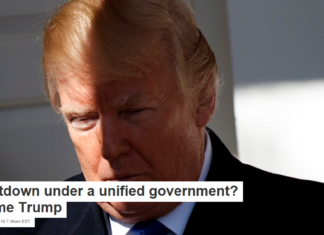 Staff Writer - January 20, 2018
Jennifer Victor, George Mason University Government shutdowns are rare. This one is unique because the U.S. has never before experienced a shutdown under a unified...

Why Microsoft’s transformation into an ‘open source’ company is a great...