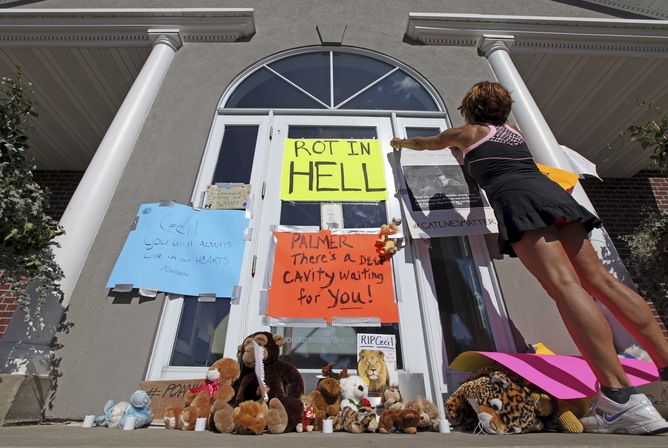 US trophy hunter Walter Palmer must be the world’s most hated dentist.

News that Palmer had killed Cecil, a handsome and well-known lion in Zimbabwe, sparked outrage both online and off.

Palmer quickly became the latest case study in 21st-century shaming, where opprobrium can be expressed in limitless quantities and travel at unprecedented speeds. There were 670,000 tweets in the first 24 hours following Palmer’s admission to the kill.

One of the more incendiary tweets from animal rights group People for the Ethical Treatment of Animals (PETA) was favorited by more than 400 people.

Yelp scrubbed thousands of angry comments from the page for Palmer’s dentist office.

A video of Jimmy Kimmel getting choked up about Cecil’s death has more than eight million views and counting.

Palmer has been publicly shamed to a degree that only became possible in a world connected by social media. But is all of this righteous finger-pointing just an excessive expression of anger – or could it lead to something deeper?

My book, Is Shame Necessary?, published earlier this year, focuses on how shaming can make individuals and institutions change their behavior for the better – while acknowledging the fact that it can also be a highly dangerous tool.

As with so many other cases of shaming online, the problem in the Palmer case quickly became the disproportionate nature of the punishment. (Think of the infamous cases of Justine Sacco and Monica Lewinsky.)

A bloodthirsty and often anonymous crowd bypassed the legal system and carried out retribution themselves, besmirching Palmer’s reputation online, carrying out protests outside his dentist office, calling for his extradition and even vandalizing his house.

The treatment of Palmer should leave us all feeling uneasy.

But a more positive side of the shaming was that it moved past turning Palmer into a pariah and got political.

Rather than simply ruining the life of one dentist, some arguably good things have come from this case.

US Senator Bob Menendez announced he would introduce legislation to discourage trophy hunting.

Hiding behind the law

Many, including Palmer himself, have emphasized the legal nature of the hunt. Although there were aspects of Cecil’s death that don’t appear to pass that test, let’s assume for a moment that Palmer didn’t break the law.

Even that would not buy him much cover.

Shaming is often used to establish standards of behavior before the laws are written. After the 2008 financial crisis, the legal system did not find that the banks had acted outside of the law, but shaming was nevertheless used against banks to keep the issue alive. In 2009, President Obama called the bankers’ bonuses “shameful.”

According to the US secretary of the treasury at that time, “President Obama asked Congress to pass tough reforms quickly, before the memory of the crisis faded.”

The Dodd-Frank Wall Street Reform and Consumer Protection Act, which tightened some regulations on the financial industry, was then signed into law in 2010, although bank-shaming would continue the next year with the Occupy Wall Street movement.

Cecil’s death has also started a public debate about trophy hunting’s relationship
to conservation, and who really makes money off the practice. It brought up issues about the role of elites and land reform in Zimbabwe. It made people ask why Cecil’s death seemed to get more attention than other important issues.

Cecil’s death was pointless, but the shaming of Walter Palmer need not have been if it leads to lasting improvements in the lives of animals. 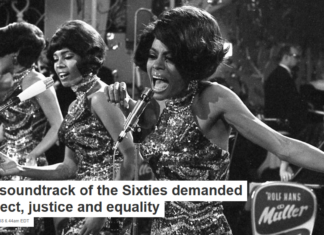 Staff Writer - October 30, 2018
Michael V. Drake, The Ohio State University When Sly and the Family Stone released “Everyday People” at the end of 1968, it was a rallying...

Australia and New Zealand are signing up for an international tax...