The Supreme Court recently decided that Trinity Lutheran Church should be eligible for a Missouri state grant covering the cost of recycled playground surfaces. Though the state originally rejected the church’s application on grounds of separation of church and state, the Supreme Court ruled that this rejection was, in fact, religious discrimination.

The case’s impact will probably reach well beyond playgrounds.

As a scholar of education law, I’ve been following the Trinity Lutheran case and what it could mean for the hottest issue in education: school choice. Where in the past states have decided for themselves whether religious schools are eligible for school vouchers and scholarship tax credits, the Trinity Lutheran decision likely signals that the Supreme Court will soon require states to include religious private schools in their programs.

This would be a huge win for school choice advocates and would complete a revolution in the Supreme Court’s understanding of the law on government funding of religious institutions.

Of church playgrounds and discrimination

In 1995, Missouri established a program offering reimbursement grants to qualifying nonprofits that installed playground surfaces made from recycled tires. Trinity Lutheran Church, which runs a preschool and daycare center, applied for a grant in 2012, but the state rejected the church’s application. Why? The Missouri Constitution states that “no money shall ever be taken from the public treasury, directly or indirectly, in aid of any church, sect or denomination of religion.”

Trinity Lutheran challenged the state’s decision as a violation of the Free Exercise Clause, and in June the U.S. Supreme Court agreed.

This result will strike many as intuitively correct. A playground is a playground whether or not it’s run by a church, so the threat to separation of church and state seems slim, and the cry of religious discrimination seems plausible.

The case’s reasoning, however, may signal a significant shift in how the law views the separation of church and state. To understand why, we need to review some history.

In 1784, Patrick Henry proposed a bill in the Virginia legislature that would have levied a tax to support “teachers of the Christian religion” (i.e., ministers). James Madison, however, successfully opposed the bill.

On the question of funding religion with tax money, Madison asked: “Who does not see that the same authority which can force a citizen to contribute three pence only of his property for the support of any one establishment, may force him to conform to any other establishment in all cases whatsoever?”

More than 150 years later, in Everson v. Board of Education (1947), this controversy played a prominent role in the Supreme Court’s interpretation of the Establishment Clause of the First Amendment.

In applying the Establishment Clause to states for the first time, the justices in the Everson case emphasized Madison’s objections to the Virginia tax in concluding that the framers of the Constitution had intended to establish “a wall of separation between Church and State.”

In the Everson decision, Justice Hugo Black interpreted this “wall” to mean:

“No tax in any amount, large or small, can be levied to support any religious activities or institutions, whatever they may be called, or whatever form they may adopt to teach or practice religion.”

The Supreme Court changes its tune

Until the mid-1980s, the Supreme Court mostly adhered to the no-funding mantra announced in the Everson case. Gradually, however, the court’s commitment to such hard-line separation waned.

Much of this came down to a shift in perception: The 21st century is very different from the world of the 1780s, where government was small and taxes relatively rare. Today, government is pervasive, and government money flows to a wide range of institutions. Increasingly, the Supreme Court recognized that allowing some money to flow to religious institutions via general government grant programs was quite different from the Virginia tax Madison had opposed.

By 2002, the court had settled on its current approach to the Establishment Clause – an approach much more permissive than what was laid out in the 1947 Everson case.

Fast-forward to 2017, and seven justices agreed that giving Trinity Lutheran Church its playground grant would not violate the federal Establishment Clause. (Justices Sonia Sotomayor and Ruth Bader Ginsburg dissented on this point.)

So, the Supreme Court now holds a more forgiving position when it comes to separation of church and state. But what about individual states?

Nearly every state has provisions in its constitution that address state support for religion, and many of these provisions (like Missouri’s) are more stringently worded than the federal Establishment Clause. Such a provision is exactly why students in Vermont can’t use state funds to attend religious schools. It’s also, perhaps, why some states have not yet adopted voucher policies: Voucher advocates tend to want religious schools to be eligible, but state constitutions often stand in the way.

So, what happens if state constitutional law is more separationist than the Supreme Court’s current reading of the Establishment Clause?

The Supreme Court faced this question once before in Locke v. Davey (2004). The state of Washington offered “Promise Scholarships” to students meeting certain academic and income criteria, and college student Joshua Davey met those criteria. He lost the scholarship, however, when he declared a major in “pastoral ministries” because Washington understood its state constitution to ban the use of public money to support the pursuit of any degree in “devotional theology.” In other words, Washington was taking a stringent view on separation of church and state.

Davey argued that excluding ministry students from the scholarship opportunity was a kind of religious discrimination, violating his right to freely exercise his religion.

The Supreme Court ruled 7 to 2 against Davey. Chief Justice William Rehnquist explained that in a federal system, states should have the right to insist on greater separation of church and state than the federal Establishment Clause requires.

While federal law would not prevent Washington from giving Davey a scholarship, the state could also choose to uphold its stricter separation – without violating the Free Exercise Clause. In other words, just because Washington could fund Davey didn’t mean that it had to.

Since 2004, lower courts have generally interpreted Locke v. Davey to say that states may choose to exclude religious applicants from public funding programs. Trinity Lutheran will change that.

At least six justices agreed that Missouri’s exclusion of the church from its grant program was religious discrimination, pure and simple – and that this trumps the state’s desire to enforce a strict separation of church and state. Justice Roberts determined that the judgment in Locke did not apply here, as the discrimination alleged in the two cases was different. Justices Thomas and Gorsuch suggested that there was improper religious discrimination in both cases.

Despite their different views of Locke, these justices agreed that the court was required to analyze Missouri’s grant denial under “strict scrutiny.” This is the same level of review the court would give to, for instance, an express ban on Muslims entering the country.

This is remarkable. Though Joshua Davey had asked the court to review Washington’s scholarship policy under strict scrutiny, the court declined to do so. In that decision, the justices determined that separation of church and state and religious discrimination were horses of a different color. The Trinity Lutheran decision suggests that, at least in the context of general funding programs, the court will now view separation of church and state – a position the court once wholeheartedly embraced – as a kind of religious discrimination.

Standing against this reading of the Trinity Lutheran decision is… well, a footnote. Footnote 3 in Justice Roberts’ opinion reads:

“This case involves express discrimination based on religious identity with respect to playground resurfacing. We do not address religious uses of funding or other forms of discrimination.”

The footnote suggests that the implications of the decision are narrow and shouldn’t be applied to, say, school vouchers. But it’s hard to reconcile the footnote with the seemingly widespread ramifications of the opinion’s text.

The Colorado and New Mexico courts will have the first shot at deciding what Trinity Lutheran means for school choice. In my view, though, the Trinity Lutheran case signals that the Supreme Court will now generally treat separationist exclusions of religious institutions from government funding as religious discrimination.

If that’s right, we’ll soon have completely flipped the law on government funding of religious schools. Where it had once seemed fairly clear that government money could not be used to support religious instruction at all, it may be only a matter of time before the Supreme Court requires voucher programs to treat religious schools the same as their secular peers. 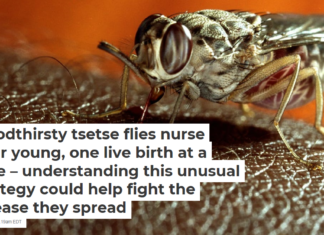