One possible reason that Candy Crush is so addictive has been revealed in my recent proof which shows that it is a mathematically hard puzzle to solve, thus joining the ranks of puzzles such as Minesweeper, Sudoku and Tetris which have also been proved to be mathematically hard to solve.

Candy Crush is currently the most popular game on Facebook and it’s been downloaded and installed more than half a billion times. Its developer, King.com Ltd, is soon to list on the New York Stock Exchange in an initial public offering predicted to value the company at more than US$5 billion.

That’s not bad for a simple game of swapping candies to form chains of three or more identical candies.

So how do we go about proving that a puzzle such as Candy Crush is hard to solve? What makes noughts and crosses easy, but Candy Crush hard?

In the case of Candy Crush, we started with the most famous class of computationally hard problems – problems in a class called “Non-deterministic Polynomial-time” (NP). This class contains all the problems that computer scientists believe are on the boundary between hard and easy.

Beneath NP, we have the problem class P that contains all the easy problems such as sorting a list or finding a record in a database. The time it takes for an efficient computer program to solve such problems is small, even in the worst case.

Mathematically, the runtime (the length of time a program takes to run) is a polynomial (consisting just of terms multiplied together) of the size of the problem.

Above NP, we have really hard problems. There are even problems above NP for which there is no computer program which is guaranteed to stop and return an answer. You may wait for ever and still not have an answer.

NP, on the other hand, is right at the boundary between easy and hard. Within NP, we have many challenging problems such as the problem of routing trucks to deliver parcels, rostering staff in a hospital, or scheduling classes in a school. Any of these problems can be reduced to any other of these problems. They’re all equally as hard as each other.

The best computer program that we have for any problem in NP has a runtime that grows dramatically as we increase the size of the problem.

On my desktop computer, I have a program that takes a few hours to find the optimal routing for ten trucks and demonstrate that this was the best that can be possibly achieved.

But for 100 trucks, the same program would take more than the lifetime of the universe. Mathematically, the runtime of my program is an exponential of the size of the problem.

Deciding between ‘easy’ and ‘hard’ is, um, hard

Surprisingly, while computer scientists believe problems in NP are on the boundary between easy and hard, they don’t actually know on which side they are.

In fact, this is one of the most important open problems in mathematics today, the famous P=NP question. The Clay Mathematics Institute has even offered a US$1 million prize for the answer to this question. The prize remains unclaimed since it was first offered in 2000.

On the plus side, we’d be able to go about our lives more efficiently, routing trucks, timetabling flights, and rostering staff to save money, but the absence of efficient algorithms to do various tasks such as crack codes is also required to keep our passwords and bank accounts secure.

Anyway, let’s go back to Candy Crush. To show that Candy Crush is a hard problem, we could reduce from any problem in NP. But to make life simple, we start from the granddaddy of all problems in NP: finding a solution to a logical formula.

Mathematically, this is called the satisfiability problem. You will have solved such a problem if you ever tackled a logic puzzle. You have to decide which propositions to make true, and which to make false, in order to satisfy some logical formulae.

We created a collection of candies where the player has choices as to which chains to create. And these choices have knock-on effects that mirror exactly the knock-on effects of the choices in deciding which propositions in a logical formula to make true.

So, next time you fail to solve a Candy Crush board in the given number of swaps, you can console yourself with the knowledge that it was a mathematically hard problem to solve. Just as hard, in fact, as the staff rostering problem your boss actually wanted you to solve instead of playing Candy Crush.

Finally, there’s an intriguing possibility that may appeal to Candy Crush addicts. Can we profit from the millions of hours humans spend solving Candy Crush problems? By exploiting the idea of a problem reduction, perhaps we can hide some practical computational problems within these puzzles? 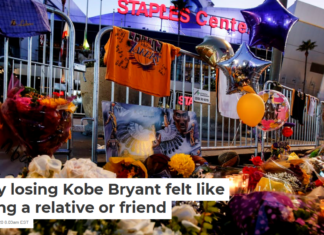 Staff Writer - January 31, 2020
Edward R. Hirt, Indiana University On the afternoon of Jan. 26, I was at the Indiana men’s basketball game when a chorus of cellphones in...

Haspel is Trump’s chance to reset his bad start with the...