You would normally expect objects that float in water to move in the same direction as waves. But now we can force floating objects to move in the opposite direction. This unexpected effect nicknamed a “water surface tractor beam” is reported in a Nature Physics paper by a group of scientists, including myself, at the Australian National University. It may give us techniques to clean up ocean pollutants.

In the world of science fiction, a tractor beam is a device capable of attracting one object to another from a distance, for example in space, where it is in three dimensions. Our tractor beam is created in only two dimensions, so only works on the surface of the water, not below it.

The first attempts to describe floater motion on the surface date back to the early 19th century with the best known textbook example being the Stokes drift. It is named after George Stokes, an Irish mathematician and physicist, who found that very long waves with small amplitude (height above and below the surface) move a particle on the surface along a trajectory which looks like a curve with loops, such that the floater should slowly travel in the same direction as the wave.

But such surface waves are relatively rare in nature. Stronger waves are easily broken into short pulses. Just look at the surface of a lake on a windy day: it is covered by the short-crested surface ripples.

Perhaps the most unexpected finding on the way to this development was the observation of vortices produced on the water surface by waves. A vortex is created when water flows around a central axis. Depending on the direction, it can either pull or push floating objects near it. We found these vortices in a vertically shaken container filled with water. When we placed microscopic particles on the surface, we realised that they move randomly on the horizontal plane. Particles travel from one vortex to another, sometimes slowing down and waltzing before making long jumps. The stronger the waves were, the faster the particles moved.

Then we modified how waves were produced. Instead of shaking the whole container, we oscillated a cylindrical rod at the water surface. In this case a chain of vortices was produced. We called this a “stochastic pump” – particles could only move left, or right from the plunger that created waves. To compensate for the fluid pumped out, a surface jet in the direction of the plunger formed. This jet is what we call a tractor beam.

What lessons did we learn from this? First, steep waves generate horizontal vortices on the water surface. Second, by controlling the alignment of those vortices we can engineer flows of practically any shape.

This work opens an array of new applications related to the manipulation of the floating objects. Remotely controlled surface flows can be used to contain and stop the spread of the surface pollutants.

The new physics mechanism may also help explaining the generation of the dangerous rip currents by onshore oceanic swell. The necessary next step is to scale up these experiments to perform tests in larger wave facilities and in open water. 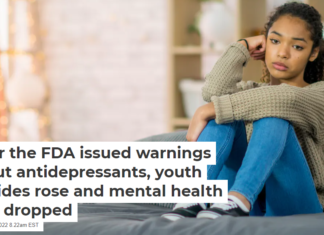