Rapid technological advances mean it’s faster and cheaper than ever to read a person’s entire genetic code, known as the genome.

Genomic sequencing has two potential applications in health: the care of patients with a condition and the prevention of disease in healthy people. But how far away are we from making this a reality?

Genome sequencing has the potential to improve the diagnosis of conditions caused by changes in the DNA and indicate what treatments may be most effective. Importantly, it may also red-flag treatments likely to cause adverse reactions.

The first step is to understand what biological effect – if any – each genetic variant has on health. Some genetic variants are well described, and their ability to cause disease are known, but a vast number not. We’re also in the early stages of translating this information into robust tests that provide useful information for patients.

The sheer size of the genome, and the number of variants that cause both rare and common conditions, means that experience and data will need to be shared internationally. To predict a person’s risk for common conditions, for example, large studies will be needed to distinguish the people with “high risk” genomic profiles who will never develop the condition from those who will.

The need for data sharing presents a challenge: balancing the benefits of sharing while maintaining individuals’ privacy. Each person has their own concept of what is private and what can be shared. And we need to be mindful of potential for misuse of genetic information, which can result in discrimination or stigmatisation.

Last year the United States’ National Institutes of Health (NIH) altered the data it made available on study participants after informaticians were able to infer the identity of a small number of participants by linking publicly accessible genome data with data from ancestry testing companies.

When genome sequencing is being performed for health care, it will need to be managed in such a way that people can be sure their genomic information will be kept safely and used wisely. Confidentiality should be preserved while also supporting large-scale endeavours to ensure that the information that results has a good evidence base.

It’s important for patients and communities to have a say in how their genetic data can be shared – immediately and in future studies.

The second step towards genomic medicine and prevention is ensuring that test results lead to improved health. Significant head roads have been made, but the number of conditions which have treatments or can be prevented based on genomic data is still relatively low.

People with a genetic condition called Charcot Marie Tooth disease (CMT), for instance, are likely to have a mutation in one of 70 genes known to cause muscle weakness, resulting in problems walking and frequent falls. Genomic sequencing of the genes causing CMT may discover the underlying cause of their condition and clarify the risk for family members.

Currently, only a small percentage of these patients have the prospect of a different therapy based on their genome sequencing result. However, knowing what changes have caused CMT means that researchers can better understand the biological basis of a condition and work towards better treatments.

Healthy people have been intrigued by the possibility that genetic testing may tell them more about what the future may hold and then using that knowledge improve their health.

There is now very reliable evidence that certain gene variants confer a high risk of developing breast, ovarian or bowel cancer. In these instances, high levels of surveillance coupled with medical interventions such as surgery could detect cancer early or prevent cancer.

In the future, people who do not have any reason to believe they are at increased risk to develop cancer may choose to have genomic sequencing so they can learn more about their risk and take appropriate actions to reduce it.

But there are a number of genetic variants with only limited evidence to suggest a connection between the gene and the development of disease.

Using genetic testing for predictive purposes comes with a number of ethical dilemmas.

The NIH recently announced funding of research programs to investigate the use of genomic sequencing in the screening of newborns. As well as diagnosing conditions affecting these babies sooner, genomic sequencing can also predict the development of rare inherited adult onset conditions such as some cancers.

This is information that some healthy, high-risk adults prefer not to know, while others cope by learning as much as possible.

There is currently no consistent view on how inadvertent predictive testing (or incidental findings, which may or may not have health implications some time in the future) should be managed, particularly when testing would be performed at birth or during pregnancy.

Technological and research advances have brought genomic medicine a step closer. The vital next step is to develop and test systems to deliver genomics in the health system which will provide clinicians and patients with genomic information that can be used to guide their decisions about personalised care.

Currently, genomic sequencing is largely used to discover new genes or make a diagnosis after other tests have not succeeded. The Melbourne Genomics Health Alliance, which launches today, is bringing together health care organisations and research centres to assess how genomic sequencing should be applied in everyday encounters with patients in hospitals.

Ultimately, the “genomic revolution” will only occur if the information is useful to and used by patients, their doctors and the public. 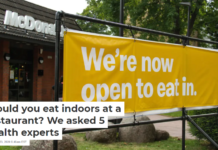 Would you eat indoors at a restaurant? We asked 5 health experts 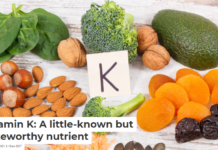 Staff Writer - June 11, 2015
Joerg Bibow, Skidmore College It was never going to be easy. That much was known from the outset. Greece’s newly elected government and the country’s creditors...

Why deporting the ‘Dreamers’ is immoral