By Simon Cotton, University of Birmingham

British supermarket Waitrose is marketing “bubbleberries” in some of its stores, describing them as resembling a small strawberry that is “beautifully fragrant, with the unmistakable taste of bubblegum”. They are admittedly better smelling and tastier than most strawberries in the supermarket. So what is their secret?

If you buy strawberries in a shop today, it is almost certain that they will be the “garden strawberry”, a hybrid species of Fragaria × ananassa. This seems to have arisen quite fortuitously in 18th-century Europe, as an accidental cross between two imports into France, Fragaria chiloensis from the western side of America and Fragaria virginiana, from the eastern side of America. This hybrid acquired the characteristics of fruit that was both large and red, and over the centuries breeders have striven to produce strawberries with these characteristics, as well as others including long shelf-life and freedom from disease.

The result is that today, with the assistance of air-freight, we can buy strawberries all year round. This has come at a price, as genes for the production of key sensory molecules have been lost, which is why shoppers often complain that their strawberries have a rather bland taste. This is the result of a kind of “funnel effect”, a breakdown of genetic diversity – inbreeding, if you like.

Scientific researchers have made an intensive study of the hundreds of different molecules that contribute to the smell of strawberries. Strawberries get their flavour from a blend of odorant molecules – they contain no single “strawberry-smell” molecule – which is why there is so much variation in flavour from one species to the next.

Experts talk about particular sensory characteristics of strawberries, which include caramel, fruity, green, milky lactone-like and buttery. There must be a balance of these in a fruit for it to smell right. For example, too much lactone leads to a strawberry that reminds you of a peach. Unripe strawberries have an excessive “green” smell, due to molecules like hexenal, the compound you smell when grass is cut. The caramel “note” comes from two molecules known as furaneol and mesifurane, while fruity smells come from a family of molecules called esters.

Researchers have found that wild strawberries have more intense aromas and richer flavours, not just because they contain greater amounts of these molecules, but they also contain a wider range. Some molecules, such as the highly aromatic terpenoids, are only found in wild strawberries.

The musk strawberry (Fragaria moschata) is known as hautbois in French. This name was anglicised to “hautboys”, and this is the “infinitely superior” strawberry which Jane Austen describes in Emma. Hautboys were very scarce then, and they were to become scarcer, as they are harder to cultivate than other varieties and do not travel well.

Today they can be discovered growing wild, particularly in highland parts of central Europe. Austrian and German scientists have in recent years identified many of the molecules responsible for their strong smell. Partly it seems to be due to the caramel-like mesifuran and furaneol but also to large amounts of methyl and ethyl esters, with a molecule called methyl butyrate especially significant, as well as methyl anthranilate (you may have smelt it in grapes).

Molecules such as methyleugenol and eugenol – found in cloves – give a spicy note, but some molecules are yet to be identified. Get hold of some musk strawberries and see if it becomes your favourite variety, as it was for Franklin Roosevelt and Jane Austen. 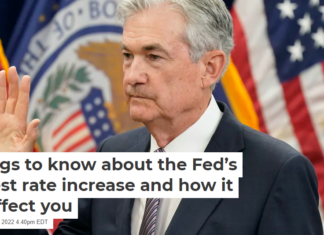 5 things to know about the Fed’s interest rate increase and...