The #20 Million Memorial created earlier this month by the United States Centers for Disease Control, is an online tribute to honor the 20 million spouses, mothers, fathers, children, sisters, brothers, and friends who have died of tobacco-related diseases since 1964.

The memorial recognizes the 50th anniversary of the 1964 Surgeon General’s Report on Smoking and Health, the document that alerted Americans to the perils of tobacco.

In some ways, tobacco control demonstrates a public health triumph. Since 1965, the percentage of Americans adults who smoked has fallen from 42.4% to 18%.

Researchers estimate that since the Surgeon’s General’s first report, 8 million tobacco deaths have been averted, giving those who quit or didn’t start on average an added 20 years of life, clear evidence of the benefits of public health investment.

But the dark side of this achievement is our failure to use what we know to prevent millions of more premature deaths.

Last year marked another tobacco milestone – the 15th anniversary of the Master Settlement Agreement of 1998, an agreement between the Attorneys General of 46 states (four states had settled earlier) and the tobacco industry to change advertising practices and require the industry to pay more than $200 billion to fund tobacco prevention activities in perpetuity.

A recent investigation by ProPublica found that only a fraction of the money the tobacco industry is paying is actually funding tobacco control activities.

ProPublica estimates that bankers and their consultants and lawyers have pocketed more than $500 million in fees for this financial engineering.

The nine states, three territories, District of Columbia and several counties that issued $3 billion in CABS have promised a total of $64 billion to pay them off, a lucrative investment that jeopardizes public health and financial solvency.

New Jersey spends the least on smoking prevention. Its 2014 revenues from tobacco – taxes and settlement funds—were $947 million, of which none was spent on tobacco control. The story in similar in many other states. For example, in 2013 Massachusetts brought in $815 million in tobacco money of which only about $4.2 million or 0.5% was spent on smoking cessation and prevention programs.

Last year, a tobacco deal got New Jersey Governor Chris Christie $92 million to fill a gap in his budget. Earlier CABs issued by New Jersey threaten additional debt, a problem temporarily solved by signing over the anticipated tobacco money expected from 2017 to 2023 – more than $400 million — to repay the debt early and get more cash from investors in exchange.

According to the CDC, each year 11,800 people in New Jersey die from tobacco-related diseases and the cost of health care for these conditions is $4.06 billion. About 60,000 high school students in New Jersey smoke cigarettes.

Nationally, according to ProPublica’s analysis, about 44%, or nearly one in every two dollars the tobacco companies pay out each year, goes to investors rather than governments. Between 1998 and 2010, reports the CDC, revenues from state taxes and the MSA settlement almost tripled, from $8.8 billion to $24 billion.

The true cost of diverting the money

Diverting revenues from tobacco to other purposes causes three problems. First, it costs lives. The CDC has estimated that fully implementing known tobacco control measures between 1998 and 2010 would have cost about $29 billion.

In this period,the federal and state governments spent about $8 billion on tobacco control, about 27% of the recommendation. More troubling, the proportion of the recommended funding allocated has fallen alarmingly, from 51% in 2002, the high year, to 17% in 2010, the last year for which data are available.

As a result of these decisions, millions of smokers and potential smokers who could have joined the 8 million whose lives were extended as a result of tobacco control activities ended up getting sick or dying.

In addition, failing to invest in tobacco control costs money. A 2008 study found that when California increased spending on tobacco control, smoking rates declined faster than elsewhere in the nation and health care expenditures on tobacco-related diseases fell by $84 billion in 15 years.

A second problem with diversion is its impact on taxes and public spending. In the short run, politicians justify taking out loans on tobacco revenues as a way to avoid tax increases. Usually that means leaving in place an inequitable tax structure.

In the longer run, turning over public dollars to bankers and financial institutions risks the financial stability of state governments. In an October 6 op ed in the New York Times, Jim Estes, a professor of finance at California State University, San Bernardino, warned that defaults on tobacco CABs could begin in 2026 in the nine states that have already mortgaged their future.

Already New Jersey has had its credit rating downgraded by Wall Street twice this year, an action that will require New Jersey tax payers to cover for Christie’s gamble.

Most troubling, elected officials’ willingness to speculate with tobacco revenues shows how far we need to come to restore public health protection as a government priority.

If we can’t trust our public officials to take action to save lives from tobacco, the world’s best-studied toxic exposure, when they have the funds to do so, what can we expect from them when regulating legal but potentially lethal industries like alcohol, firearms, automobiles, processed foods and pharmaceuticals?

A growing body of scientific evidence shows that the products and practices of these industries are the world’s leading causes of death through chronic diseases and injuries.

Nicholas Freudenberg does not work for, consult to, own shares in or receive funding from any company or organisation that would benefit from this article, and has no relevant affiliations. 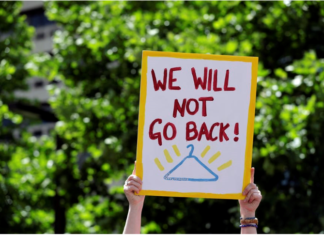