An extraordinary two weeks in Rome ended Saturday with a standing ovation. Pope Francis had invited 191 bishops and clergy to the Synod on the family to speak their minds on issues such as divorce, premarital cohabitation and homosexuality and they did.

Pope Francis’s invitation to bishops was to “speak clearly. No one must say, ‘this can’t be done.’” This was a big gamble. But the result is a victory for him. True, the final report is markedly less open to the aforementioned “irregular” situations that many had hoped for. But it is also clear that a stable majority of the bishops in Rome is on his side if we look at the vote tally of October 18.

Bishops are aware of the challenges to the so-called traditional model of the Catholic family and acutely aware that these challenges are not going to disappear. In this sense, the Catholic church of 2014 seems very far from that of Francis’s predecessors. What we are witnessing is an acceleration of Church history – something similar to the Second Vatican Council 50 years ago.

What took place over the two weeks of the Synod was a genuine debate between competing ideas of what the church’s relationship ought to be with modern culture, the sexual revolution, and gender identity. But above all what these two weeks have revealed, for the first time, is a tectonic shift – a movement in the plates that make up the map of the Catholic world.

A new map of the Catholic world

In this new map Europe and Latin America are at the forefront of the new openness. On the other hand, North America, Africa, and in general English-speaking Catholics are more inclined to hone to a firm countercultural line, refusing to evolve the doctrine and pastoral practice of the church with regard to marriage and family. Asia presents a more complex picture, although the Cardinal from Manila, Luis Antonio Tagle, for example, was one of the leaders of Francis’s majority.

These are new alliances. Until the Second Vatican Council – the most important church reform since the 16th century – it was the European churches and their theological traditions that had the leading role. The churches built by missionaries may have been important participants but they were not able to build a strong opposition to the Europeans. Not anymore.

This October the strongest objections to the German bishops’ proposed welcome to gay and divorced Catholics came from the representatives of English-speaking Catholics from the United States, Africa, and Australia. Their opposition was carefully planned even before the Synod as one can see from the long paper trail of interviews, op-eds and books laid down by Cardinal Raymond Burke (USA) and Cardinal George Pell (Australia). Once in Rome they argued with the Europeans in a way that has created a new sense of self-awareness in their churches back home.

There are different reasons for the creation of these new alliances. In Africa opposition to a post-modern understanding of sexuality is rooted in deep cultural differences with Europe. For the US in particular, marriage and family have an iconic role shaped by the history of the American frontier.

Until Vatican II, American Catholicism was on the progressive side of history, in a church still filled with cultural optimism. The church and Christianity were then part of mainstream culture. Then came the 60s, the new legislation on abortion, divorce, and more recently same-sex marriage. The Catholic church felt pushed to take a countercultural stance. The legacy of the Second Vatican Council became a contested narrative and captive of the “cultural wars” of these past 30 years.

All this is part of a much bigger change in what can be called the neo-conservative turn of a number of prominent lay leaders of English-speaking Catholicism. Taking part in the public debate through such publications as First Things (founded in 1990), they have voiced growing criticism of the welfare state in domestic politics; have endorsed the 2003 war in Iraq; and have been fiercely opposed to legislation regulating abortion and same-sex marriage.

The election to the papacy of a Latin-American bishop like Jorge Mario Bergoglio who does not adhere to any one political ideology has set different experiences of Catholicism in different parts of the world on a collision course.

When the Pope speaks about economic and social justice and the international financial system, Africa and America are on opposite sides of the argument. But on the issue of family values, Africa and America have built an alliance, and there is no doubt that, in the contemporary role of churches in the social and political debate, marriage and family play a particular role.

Unlike their neighbors to the north, Latin American Catholics have left behind the dream of building a “Christian nation” and have become convinced, like European Catholics, that it is time to adapt to changed social conditions.

It is interesting to see how a deeply traditional Catholic such as Pope Francis has unsettled the culture of important sectors of Anglo-Saxon Catholicism – in the US in particular. After 35 years of pro-American popes such as John Paul II and Benedict XVI, the Vatican and the US need to rebuild a lost harmony.

This now is the “American problem” of Pope Francis: the first pope after World War II with virtually no contact with the USA and its cultural empire, partly because of the difficult relationship between the US and its Latin American backyard and partly because of the personal background of Jorge Mario Bergoglio. Francis has never been to the US. His English is not as fluent as that of his predecessors. This is going to be a crucial challenge for Francis and the future of Christianity.

America and the so-called global south are placed at the intersection of two worlds. In one corner there is the Christian West, where there has been a loss of faith in God and loss of trust in the power of human reason or what the Italian philosopher Gianni Vattimo calls “weak thought.” In the rest of the world there is a resurgence of religious belief or as French political scientist Gilles Kepel has dubbed it, “the revenge of God.” In this sense, the 2014 Synod is the dawn of a new era in the history of the Catholic church.

Massimo Faggioli does not work for, consult to, own shares in or receive funding from any company or organisation that would benefit from this article, and has no relevant affiliations. 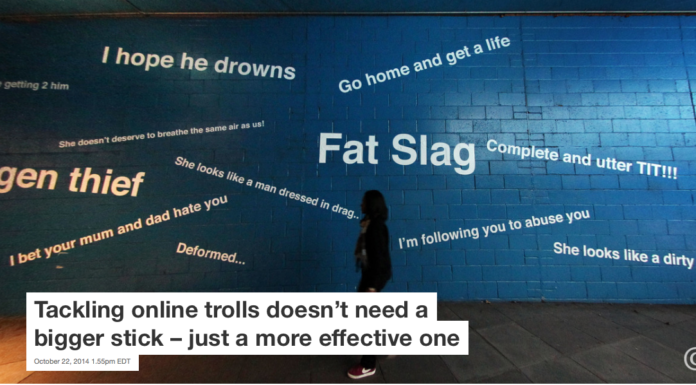 Clearing up confusion between correlation and causation