During his recent trip to Europe for meetings at NATO Headquarters in Brussels and with the Group of Seven in Italy, Donald Trump delivered on his campaign promise to disrupt business as usual. In the process, he is undoing U.S. policies undertaken since World War II to promote security and stability in Europe.

After Trump’s visit, German Chancellor Angela Merkel stated, “We Europeans truly have to take fate into our own hands.”

Europeans taking fate into their own hands is something we have not seen since the 1930s. And, while major war in Europe is unlikely given the strong ties within the EU, greater uncertainty is a recipe for insecurity. The United States has benefited economically, politically and militarily from its close partnership with Europe. Throwing that away is a grave – and completely unnecessary – step.

US support a given

For more than seven decades, U.S. presidents – Democrat and Republican alike – bought into an idea born out of the experience of two world wars. It’s the idea that U.S. leadership was necessary to rescue Europeans from the horrors they inflicted on one another in the first half of the 20th century. It has been conventional wisdom since 1945 that rather than sit back and respond when Europe falls into crisis, the United States should foster European unity, preserve peace and create broader prosperity.

During the Cold War, this meant building NATO and supporting the development of a Western European community. As communism collapsed in 1989, President George H.W. Bush stated that America’s goal would be to promote a Europe “Whole and Free.” As I demonstrated in my book on NATO enlargement, the Bill Clinton administration used this mantra as justification for expanding NATO’s membership to the East and supporting the eastern extension of the European Union that naturally followed.

Relations with Europe became fraught during the first George W. Bush term over the use of torture and the war in Iraq. But even during Bush’s first term, the United States continued to push forward on the enlargement of NATO to the East. The Bush administration sought to repair the damage with European allies in its second term, an effort that continued through the Barack Obama years.

And then came Donald Trump.

Prior to entering office, he praised the United Kingdom’s 2016 referendum vote to the leave the European Union. As president, he praised French presidential candidate Marine Le Pen, who was avowedly hostile to the EU. Meanwhile, he indicated to Russian Foreign Minister Sergey Lavrov that he was only showing concern about Ukraine because some domestic critics cared about it – not because he was personally interested.

Less than two weeks after Trump’s inauguration, European Council President Donald Tusk wrote to the EU heads of state and government that the main threats to Europe included “worrying declarations by the new American administration,” in addition to an assertive China, an aggressive Russia and the threat posed by “radical Islam.”

In the aftermath of Trump’s recent visit to Europe, where he failed to affirm the United States dedication to NATO’s Article 5, which commits all members to a collective defense, followed quickly by his announcement of the U.S. withdrawal from the Paris Agreement on climate change, Europe’s leaders realize they are on their own for the first time since the United States entered World War II.

Although Trump has long viewed America’s allies as taking advantage of Uncle Sam’s largesse and believes his “America First” strategy will serve U.S. interests better than previous American policy, having allies has set the United States apart from countries like Russia and China and enhanced the ability of the United States to lead. While there has long been bipartisan support for the U.S. role as global leader, Trump has taken aim directly at this long-standing consensus. It is thus perfectly natural that countries like Germany will seek to step into the void created by an American withdrawal from the world.

But this won’t be as easy as it sounds. Germany is Europe’s leading economic power, but it is not an uncontroversial leader given its history. One of the appeals to many countries of U.S. leadership in Europe – and Asia – is that it is far away. Germany’s neighbors will be ambivalent about its assumption of a more powerful role. Merkel understands that she will need support from France, Italy and others as she moves forward.

Meanwhile, Russia lurks to the East, threatening Europe not only because of its military action in Ukraine but its interference in elections across the continent. The United States has previously helped Europe counter an aggressive Russia. On its own, Europe may find a stiff posture in the face of aggression – and even its own unity – harder to maintain, thereby giving Russia freer rein to pursue its nationalist goals.

None of this seems to bother Trump. In fact, he appears to relish his role as the president who is setting a new course for the U.S., one in which longstanding relationships mean little, and the United States uses its muscle solely to serve its own interests and not the world’s. The United States has had an enormous advantage in international affairs because of the web of alliances around the world supporting its interests. Tossing alliances like NATO aside is a self-inflicted wound that is likely to haunt the United States for years to come. 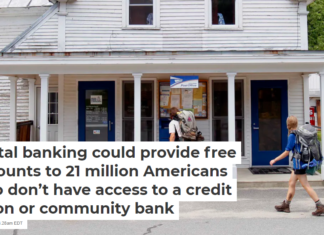 Staff Writer - June 17, 2021
Terri Friedline, University of Michigan and Ameya Pawar, University of Chicago The Research Brief is a short take about...