Over the past year, the public discussion on election security and integrity has focused on concerns about foreign meddling in U.S. elections. The evidence is still coming in about which countries did what to influence both the public and the election itself. The American people have been left with a vague sense of disquiet – that something untoward was likely attempted, the results of which are unknown.

I first started studying election security during the lead-up to the 2004 presidential election, when researchers revealed serious security flaws in voting machines – and found out how hard their manufacturer would work to keep the problems secret. Most of the efforts to protect elections have focused on technical cybersecurity to thwart hackers. But as someone who researches technical innovations, it’s clear to me that the 2016 presidential election results were most affected by social and political forces, not technological shortcomings.

These problems with America’s voting system did not materialize out of the blue, and certainly were not orchestrated by foreign powers. Rather, the election results were skewed by two longstanding, systematic, often racially motivated, well-resourced efforts: election district gerrymandering and voter disenfranchisement.

To ensure that all Americans can trust the accuracy and integrity of the 2018 election results, officials and communities nationwide must guard against foreign tampering, to be sure. But more importantly, they must prevent misuse of political power to mute citizens’ voices at the ballot box in anti-democratic ways.

Fixing the elections, district by district

Political campaigns collect more and more digital data about Americans and their communities. They analyze political trends and people’s voting tendencies. Using this knowledge, politicians have systematically drawn voting districts in ways that dilute the power of their opponent’s party.

The result has been custom-designed voting districts dominated by either Democratic or Republican voters. This division ensures that American democracy is far less representative than it could be.

Both parties have engaged in this type of behavior, but current political maps were overwhelmingly drawn by Republicans to benefit their party. When the Associated Press analyzed the 2016 congressional election results, it found that gerrymandering gave Republicans “as many as 22 additional U.S. House seats” more than they would have won in a fairer election system. In fact, the AP concluded, “even if Democrats had turned out in larger numbers, their chances of substantial legislative gains were limited by gerrymandering.”

That’s just not the way a representative democracy should work.

Another threat to voting fairness comes from limits on who is even allowed to vote. People’s right to vote differs by state, and many states have chosen to systematically disenfranchise poor, minority and overwhelmingly Democratic-leaning constituencies. Many of today’s voting laws have similar effects as those in the South before the Civil War or in the Jim Crow era.

For example, individuals with a felony conviction on their criminal record, but who have served their time and been released from prison, can vote in some states but not others. The ACLU has found that this hodgepodge of state laws has resulted in 5.85 million Americans being disenfranchised – 2 percent of the U.S. voting population. This barrier disproportionately blocks black men: 13 percent of them can’t vote.

In addition, laws requiring people to present official identification when registering to vote, or when voting, are much more likely to prevent legitimate voters from casting ballots. Voter ID rules are often justified as efforts to prevent election fraud, which study after study has found doesn’t happen in any significant way.

Not only do these strict voter ID laws reduce overall voter turnout, but studies have shown they do so in unfair ways, specifically lowering “African-American turnout and … Democratic vote share.” A study from the University of California, San Diego found:

“Democratic turnout drops by an estimated 7.7 percentage points in general elections when strict photo identification laws are in place. By comparison, the predicted drop for Republicans is only 4.6 points. … The skew for political ideology is even more severe. For strong liberals the estimated drop in turnout in strict photo identification states is an alarming 10.7 percentage points. By contrast, the drop for strong conservatives is estimated to be only 2.8 points.”

Other restrictions, such as reducing early voting and preventing people from registering to vote on Election Day, also limit how many people can vote. Again, these rules disproportionately affect lower-income Americans and people of color. And then there are the millions of Americans living in Washington, D.C., Puerto Rico and other U.S. territories who can’t vote for president at all – and have no voting members of Congress.

A last line of protection for election integrity is the ability to recount votes. However, as mechanical voting equipment from the 20th century is increasingly replaced by software-driven electronic voting machines, recounts of paper ballots are no longer guaranteed. In my view as a technologist, any modernization of voting equipment should include verifiable paper receipts provided to voters and election officials alike. That way, voters can be sure their votes were cast as they intended, and any concerns or disputes can be easily resolved via an objective, verifiable review process.

Concerns about foreign meddling might be getting more attention than these American-made pitfalls – but ensuring the integrity of national, state and local elections requires paying attention, first and foremost, to the inherent fairness of our democratic processes. Worries about outside tampering shouldn’t be ignored, but rather, they should be kept in perspective. Contemporary election integrity is being undermined far more effectively by domestic threats than by foreign adversaries.

The country stands at a critical crossroads. One path leads toward ever-worsening, data-driven discrimination and disenfranchisement – processes that already affect millions of Americans. The other focuses on ensuring electoral fairness – bolstering the underpinnings of representative democracy and maximally enfranchising a 21st-century body politic. 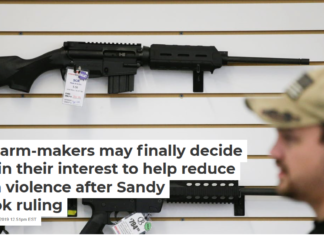 The social graph won’t save us from what’s wrong with online...